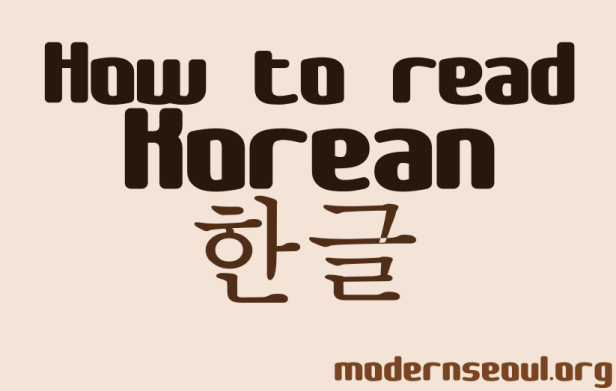 Thank you for taking some time out of your day to learn some more Korean (Hangul). If you haven’t already checked out the 1st part of this 3 part series on Korean Alphabet basics please click here “Part 1 – How to read Hangul“. In this second part of the series we will look at the 11 different vowel combinations which make up the different complete Korean characters. Vowel combination as you might expect take 2 of the 10 basic vowels (which were discussed in part 1) and turn them into new combined vowels, bringing the total to 21 possible Korean vowels.

Firstly we will look at the 4 “A” sound vowels which are all quiet similar. 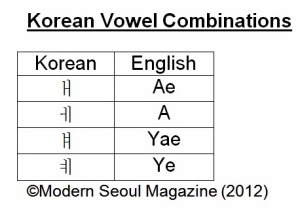 The first 2 symbols both have an “A” type sound, as in “at” or “end”. The second two symbols have a “Y+A” sound, such as in “yak” or “yes”. When listening to them spoken quickly it can be quiet difficult to tell which one or which, basically ᅢand ᅤ are spoken a little stronger.

Next will be look at the 7 “W” sounding vowels, again a number of them are quiet similar.

I hope that this start sense and that you’ve learn something new today and please check out the final part, part 3 where we look at the tensed consonants final consonants and double consonants. Korean Alphabet Basics – Tensed Consonants, Final Consonants, Double Consonants (Part 3).

For some FREE Learn Korean Resources, we would suggest that you check out: http://www.freshkorean.com/free-resources/