For this weeks Modern Seoul KPOP Song of the Week we’ve chosen “Hyde” (하이드) by VIXX (빅스). It was released on Sunday May 19th and has amassed just over 750,000 views so far on Youtube. Here are our reasons for choosing “Hyde” for our song of the week: 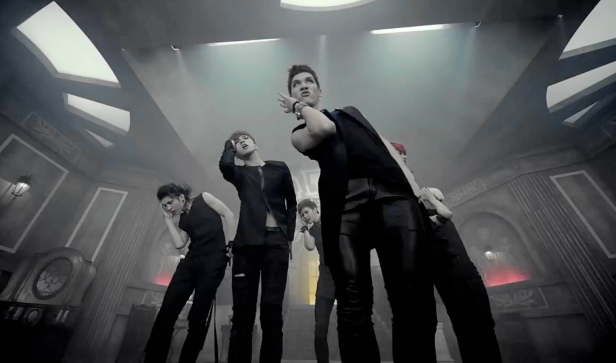 VIXX which we believe stands for Voice Visual Value in Excelsis are made up of 6 members; N (차학연), Leo (정택운), Ken (이재환), Ravi (김원식), Hong Bin (이홍빈) and Hyuk (한상혁). They range in age from the oldest N who is 22 to the youngest Hyuk who is just 17. The band is the product of Mnet’s reality show Myidol which broadcast in 2012. Their first two releases had some success but nothing standout. However there previous release On and On (a Previous KPOP Song of the Week) had much improved sales and reaction. This release seems to be following that trend.

VIXX can be followed directly on twitter: @RealVIXX and each band member also have their own accounts:

This is a LIVE version from KMusicLive on MBC:

For last weeks KPOP Song of the Week “On and On” by Boyfriend please click the link.

Have a fun Sunday.