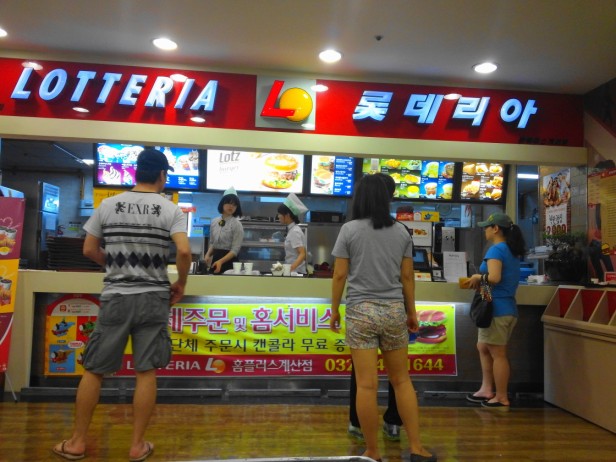 If you’re looking for some fast food in South Korea then you’re never to far away from a Lotteria. This hamburger chain which was formed in the 1970’s by a Korean entrepreneur in Japan and spread to Korea a few years later. Now there are around 1,000 Lotteria franchises in South Korea.

Overall the burger selection is good but many are more Korean style, for example the bulgogi burger. However at the end of 2012 they released a new burger called the Lotz Burger (랏츠버거). The Lotz Burger is basically the Lotteria version of a quarter pounder and a set menu will set you back  ₩5,700 ($6). This burger is a little different has it isn’t so fast, they cook each one per order so that they are fresh.

Verdict: It’s the best burger that Lotteria currently offers and is maybe as good as the McDonald’s Quarter Pounder or the Burger King Wooper. The only slight issue is the slight lack of salad. Overall the Lotz Burger is well worth trying.

Here are a few pictures of the burger and the set. 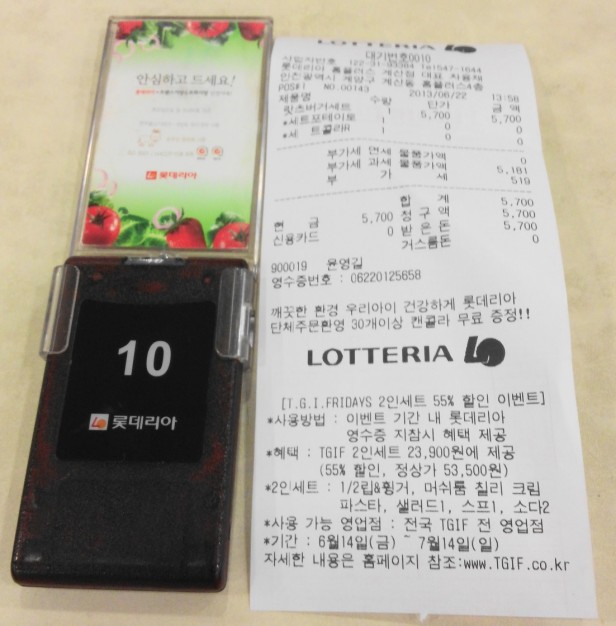 Some more detailed pictures can be found on this Korean blog: http://blog.lkkkorea.com/325

Here is a Advert / Commercial (CF) from the Lotz Burger in South Korea:

Also here is a poster for the Lotz Burger:

Other than burgers Lotteria does sell a number of other food items, including strangely fried chicken as well as these:

This soft serve Ice Cream is a cheap summer (or winter) treat at only ₩500.

They of course have the normal range of sodas. 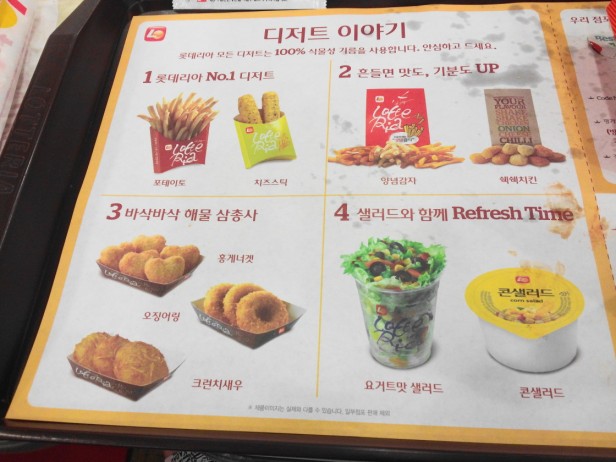 More recently (2013) they’ve expanded the menu to include a few new and interesting things. We’ve heard that the chicken nuggets are pretty good but the rest isn’t great.

A full lotteria menu in English can be found here: http://www.lotteria.com/eng/menu/MenuList.asp?C2=4

If you have any questions or comments about the Lotz Burger or Lotteria Korea in general, please feel free to post below or message us via Twitter or Facebook. Thank you and have a nice day.

3 thoughts on “Lotteria and the Lotz Burger”