Recently we’ve been thinking about some of the movies we enjoyed and some in particular that could make for awesome sequels. Firstly we admit that this has nothing to do with Korea directly and is more a personal thought / wish list. Although going to the movies is still pretty popular here in Korea and all major western titles are released here basically at the same time as in the States and/or Europe. With so many movie series’s being continued such as “Fast and the Furious”, “Die Hard” and “The Hangover” there are a few we’d like to see.

Here is our top 5 Movie Sequels We Would Like Made:

Pacific Rim was only released this year and although not the best ever it was an easy and enjoyable watch. We’ve mainly added this one to the list as the whole concept could be huge and has numerous interesting possibilities.

This is a classic series of movies which although wrapped up pretty nicely at the end of the 3rd movie still could be extended. We’re not sure exactly how they could make a 4th but there are so many fan ideas online that makers don’t have far to look for inspiration. One thing though no reboot, the original is great how could you better it?

The original was a classic and a highlight of the 90s. Sadly 2 wasn’t quiet as good and 3 was pretty average, so they did stop at the right time. However as a few years have now pasted it seems the right time for it to return.

Another classic movie which had a whole world of possible extensions which never happened. It was mainly due to the rise in CGI and 3D animation but something more old school would appeal to both young and old. Also there is on reason why Danny Devito couldn’t return, he’s not 70 yet :). 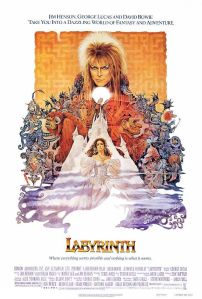 The original was a fun Jim Henson and George Lucas fantasy movie which sadly was released at the same time as Top Gun and Ferris Bueller’s Day Off. This meant that it made a loss and therefore a sequel was not considered which is a shame as the fantasy world and version could have spurned some interesting movies. Sadly this is made the least likely sequel on the list but maybe the most open.

Have a nice day.