Round 37 of the K League Classic once again features a full schedule of games (2 on Saturday and 4 on Sunday), with some key clashes in both the championship and relegation groups. We are also lucky enough to start this weekend with some International action, details below.
As there are now only 4 rounds of games to go we’ve are once again including a league table for reference:

As you can see on the league table Ulsan Hyundai are still currently leading the way and are currently 5 points clear. However this is their bye week and therefore the casing pack has a great chance of gaining on them. In the relegation group Daejeon are shocking everyone and could still escape after winning their last 3 games. Chunnam moved a little further away and so it’s between the bottom 4 to see who goes down to the K League Challenge next season.
Ulsan Hyundai and Chunnam Dragons don’t have K League Classic games this week.

Pohang have found some form right when they needed it and have won their last 3 games. Jeonbuk on the other hand lost their last game to league leaders Ulsan and will be looking to jump back. This 2nd vs. 3rd clash is a repeat of the recent FA Cup final which Pohang won on penalties and we see it once again being tied at the end of normal time.

Gangwon’s improved form took a hit last week as they lose to bottom side Daejeon, Gyeongnam have also been a little up and down recently with 2 wins and 2 defeats from their last 4 games. This is a key game in the relegation battle and honestly either side could win but we’re siding with the home side this week.

This is always an exciting game between these 2 local rivals. FC Seoul are missing a few key players on international duty, however Incheon’s recent form has gone from bad to worse losing their last 3 games each time by just 1 goal (often late in the game). This will be close and so we’re siding with a draw.
Note: This game is also an Expat day and so there are events and discounts for foreigners attending the game.

Busan secured their first win in the championship group last weekend and will be looking for better their current 7th place position. Suwon Bluewings on the other hand still have a super slim chance of making the champions league places as they are only a few points behind FC Seoul. This will be a close game which we feel will end in a draw.

Jeju United are only a couple of wins away from topping the relegation group and giving their fans maybe a little pride. Daegu on the other hand are in trouble, they cannot afford to lose this game as they are still 3 points from safety. Sadly for Daegu we personally feel that Jeju will be stronger on the day.

Daejeon are currently on fire and have build together a 3 match winning run. Seongnam have been a little hit and miss recently although they do have very little to play for. We personally feel that Daejeon could edge this one on the day.

Two very different halves of football. The 1st half was goals and the 2nd half was tired chances and red cards. The win keeps Pohangs title chances alive but basically end Jeonbuks.

This win brings Gangwon level on points with Gyeongnam and extends the gap between them and the relegation zone. With only 3 games to go, both sides need at least 2 wins to secure safety or at worst a relegation playoff place.

Sergio Escudero scored in the 90th minute is save a point from FC Seoul after Incheon United had come from behind to take the lead during the second half.

Daegu held on for a vital win on the road vs. Jeju in front of under 2,000 fans. They are still 3 points behind Gangwon, so the game between the two sides on Wednesday November 27th may prove very interesting.

Daejeon have now won 4 from 4 and almost doubled their points for the season. Seongnam really have little to play for now.

Busan win their second game in a row and move up to 6th in the Championship group.

2 Correct results this week but sadly no perfect scores. Not a single draw was a big surprise. 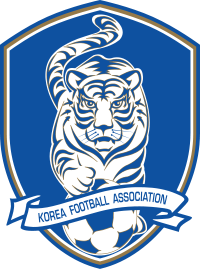 South Korea will play 2 international friendlies during November as preparation for the world cup next year. South Korea’s last 2 friendlies ended in a 2-0 defeat to Brazil and a 3-1 win over Mali.

The first of South Korea’s November is today (Nov 15th) in Seoul and against strong opposition in the form of Switzerland. Both sides have already qualified for the world cup in Brazil next year and so this should prove to be a useful warmup game.

This is the second of South Korea’s November friendlies and the 15th and final international game they have this year. Strangely this are playing against Russia on a natural ground in Dubai. It’s an interesting tie on paper although it might prove to be a sightly stereotypical international friendly.

A bit of a shock result as Korea beat the worlds 7th best nation. It didn’t start well going a goal down after 7minutes however after that Korea looked stronger. During the second half they became more dominant and turned the tie around and secured a famous victory.
Here are highlights of the goals:

The K League Challenge is now into round 33 of it’s 35 round season. Sangju Sangmu (the Korean Army Team) secured the 2013 K League Challenge title last weekend and therefore will play in the promotion/relegation playoff at the beginning of December.

As there are only 3 games left to play we’ve made a K League Table for reference. The title race maybe over but the rest of the table is still pretty close:

Sangju Sangmu are currently 10 points clear at the top of the table and can’t be caught, Chungju look safe bets to finish bottom and Korean Police runners up. The rest of the table is still pretty wide open.

Finally, Sangju Sangmu were presented with the K League Challenge Trophy (more like a plate) on Saturday.

For information on the previous round a little over a week ago, K League Classic Round 36 please CLICK HERE.