Before looking at the previews and predictions for this weeks round 3 here is updated an updated league table:

As you can see the only side with a 100% record still is Ansan Police FC and therefore they’re leading the table. 6 sides are close behind on 4 or 3 points. With Goyang, Bucheon and Gangwon trailing at this early stage of the season. This weekend there are once again 5 games with 3 on Saturday and 2 on Sunday. Here are some brief previews and predictions on this weekends ties:

This weekends first game features two sides who’ve had solid starts to the new season. Although Gwangju’s World Cup Stadium can hold over 40,000 people don’t expect more than 5% to be filled. Honestly this game could go either way but we feel Gwangju will edge it.

Saturdays second 2pm game features 2 of last seasons relegated K League Classic Sides. Gangwon have had an awful start to the new season and are currently pointless and goalless to date. Daejeon found some form last weekend and will be hoping to push on. This one will will be close but we see the away side Daejeon taking home all 3 points.

The league leaders Ansan Police travel to 2nd place Suwon City in this weekends K League Challenge standout game. Both sides battled for results last weekend and the Suwon World Cup Stadium should be buzzing for this tie which we feel will end all square.

Sunday April 6th (both at 2pm)

9th placed Bucheon 1995 host 4th placed FC Anyang in the first of Sundays games. Anyang grabbed a late win last weekend whilst Bucheon fell to an away defeat. Although we can’t see either side losing at the same point we can’t see an out and out winner, so a draw seems the right result.

The final game of the weekend takes place down in Daegu. Daegu gave up a 2 goal lead last weekend and will be hoping to not drop more points this weekend. Goyang also lost last weekend but looked 2nd best. Daegu should be able to win this one. 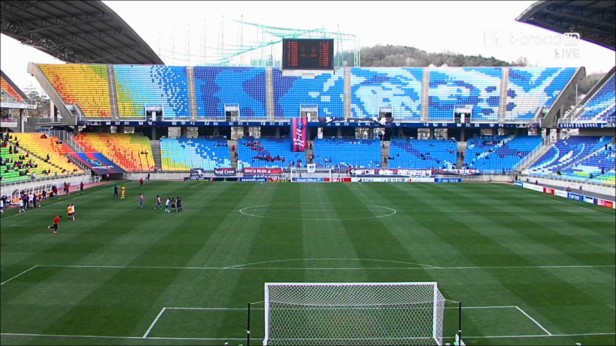 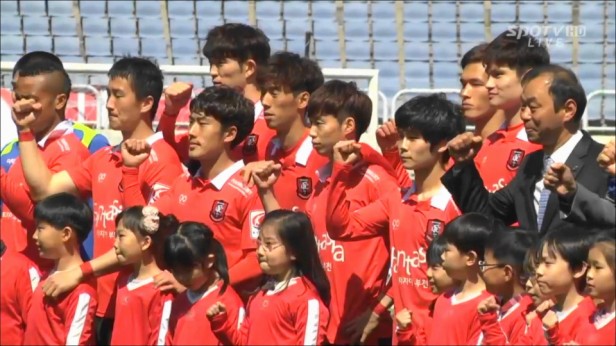 2 correct results from this weeks 5 games, with no perfect scores.

3 thoughts on “K League Challenge 2014 Round 3 (Previews, Predictions and Results)”