Round 12 is the final round of K League Classic games before the summer / World Cup 2014 break. So there will be no more games until the beginning of July. Therefore this is an important game to finish on.

Also for details on the K League Challenge 2014 Round 8 please CLICK HERE.

As there has now been 11 games played and everybody has played each other once the table to starting to take shape. So for reference here is the latest K League Classic 2014 League Table, including Points and Goal Difference:

The K League Classic table changed a little last week as there were a few key wins. The top two stayed the same despite both losing, Pohang are top on 22 and Jeonbuk 2 points behind them. Jeonnam, Jeju and Suwon are all closing following in 3rd to 5th. Ulsan round off the top half. Busan, Seongnam and Gyeongnam make up the lower mid table. Sangju Sangmu and FC Seoul are still in the relegation dog fight, with Incheon United still bottom despite winning for the first time this year last weekend.

This weekend there are only 5 games, with 4 on Saturday and only 1 this Sunday. The FC Seoul game has been moved a week last due to their AFC Champions League Round of 16 second leg. Also all of the games are still being played in the afternoon and will be until May. Here are brief previews of the K League Classic Round 12 Games;

Saturdays first game features 2nd placed Jeonbuk Hyundai vs. bottom side Incheon United.
Last weekend Jeonbuk Hyundai lost 1-0 away vs.Suwon Bluewings.
Incheon United won last weekend for the first time this year 1-0 at home vs. rivals FC Seoul.
Previous game this season between these sides ended 1-0 to Jeonbuk Hyundai
Overall Jeonbuk have the power to edge this game, the only issue is that they might have one eye on next weeks AFC Champions League game.

Saturdays 2nd game has 10th placed Sangju Sangmu hosting 5th placed Suwon Bluewings.
Suwon Bluewings won a close game last weekend 1-0 at home vs. Jeonbuk Hyundai.
Sangju Sangmu lost in a back and forth game 4-3 away vs. Jeonnam Dragons.
Previous game this season between these sides ended 2-2.
Neither side is on a good run of form, however we feel Suwon have the overall power to be able to edge it.

Saturdays 3rd 2pm game has 9th placed Gyeongnam taking on 4th placed Jeju United
Gyeongnam drew last weekend vs. Busan I’Park away from home 2-2. Their 8th game without a win.
Jeju United also drew last weekend 1-1 vs. Ulsan away from home.
Previous game this season between these sides ended 1-1.
Looking at both sides recent form this should be a very close game, but Jeju should edge it.

6th placed Ulsan Hyundai host 7th placed Busan I’Park in this mid table clash.
Ulsan Hyundai drew for the 3rd game in a row last weekend at home 1-1 vs. Jeju United.
Busan I’Park also drew last weekend 2-2 at home vs. Gyeongnam.
Previous game this season between these sides a little over a month ago ended 0-0.
Neither side as found consistent form so far this season and therefore this looks like it will end in a draw.

The game between FC Seoul and Seongnam FC has been delayed a week due to FC Seoul’s AFC Champions League game.
FC Seoul lost last weekend 1-0 away vs. bottom side Incheon United in the Gyeongin Derby.
Seongnam FC won impressively 3-1 at home vs. current league leaders Pohang Steelers.
Previous game this season between these sides ended 0-0.
On paper this is a close one and with the world cup break coming up and so both sides will be tired we see it being a draw.

Jeonbuk Hyundai bossed much of the game, but looked tried towards the end and Incheon took advantage with a 92nd minute winning goal.
Gyeongnam and Jeju also ended 1-1 in an even game.
Sangju Sangmu sadly scored an own goal in the 93rd minute to hand Suwon Bluewings a point.
Pohang didn’t have it all their own way but in the end rounded off a nice 3 points.

Ulsan eased passed a average looking Busan I’Park, and even recovered from missing a 1st half penalty.

FC Seoul jumped out of the relegation playoff spot with a hard fought win over Seongnam FC. 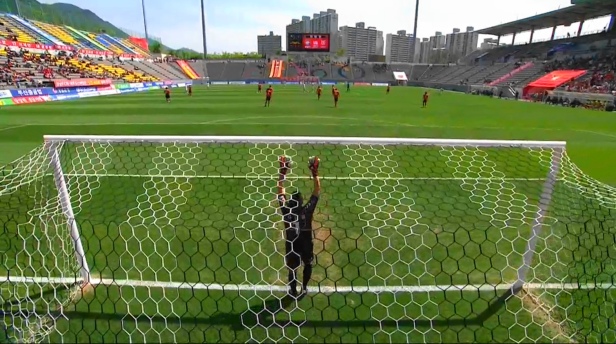 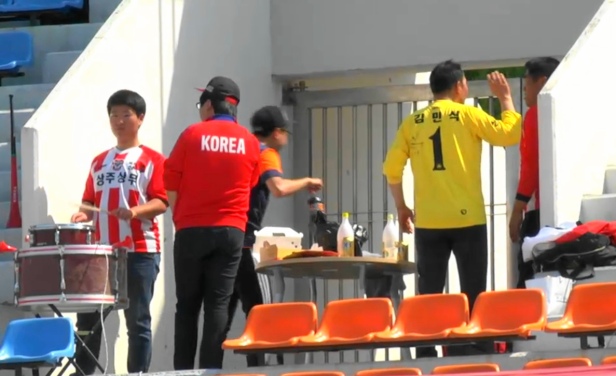 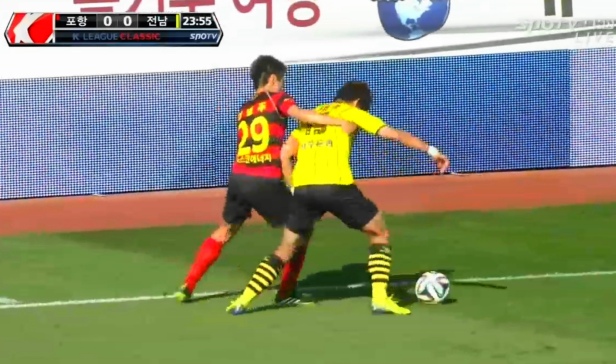 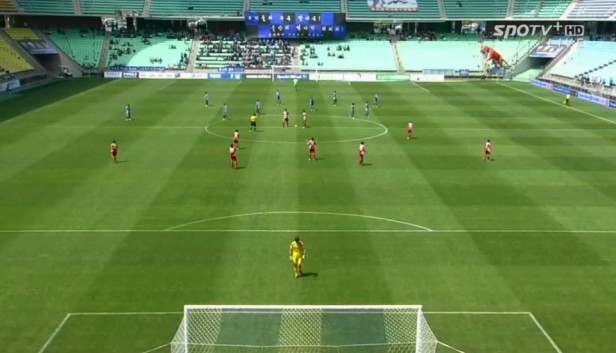 K League Classic 2014 Round 12 Predictions Round Up

The World Cup 2014 Squad for the South Korean National team was announced this week, here are the details: CLICK HERE

As already mentioned above these days we’re separating the K League Classic and Challenge posts, as together they were a little jumbled and long.

Click Here for all of the Details on Round 8

One thought on “K League Classic 2014 Round 12 (Previews, Predictions and Results)”