The evening of Sunday June 8th (Monday morning Korea time) saw the release of the latest PSY music video titled  “Hangover” feat. Snoop Dogg. Of course on the back of the 2 billion famous Gangnam Style and pretty successful Gentleman it’s not going to be easy to release songs or videos which reach the same level. Sadly this release is all about the video as the song is very average. The rapping elements from Snoop Dogg are solid but PSY doesn’t really sing and when he does it’s over produced and robotic.
However we know that PSY videos will be successful, and therefore that’s where the money is here. He’s also doubly cashed in with a range of product placements, all of which he endorses. Overall song not good, video entertaining and message…PSY likes Soju?

The Different Products, Places and Things featured in the Video

Although the song isn’t great, the video is at least entertaining and features a range of different Korean products as well as popular places. Although we don’t love product placements in movies, on  TV or music videos, but it’s a reality of the commercial world we live in. So here are some key scenes and moments from “Hangover” by PSY featuring Snoop Dogg:

Here we have a long long line of beer glasses (Hite Dry Finish) and shots of soju. 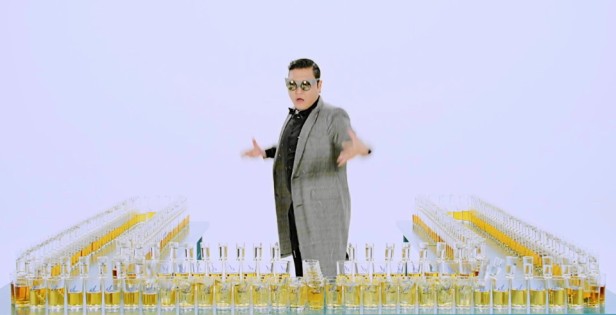 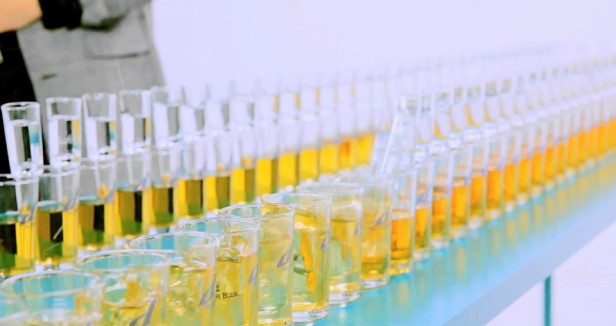 This is basically the shopping list for someone on their way home after a little midweek drinking. Also in the background there is once again Hite Beer and Jinro Soju. 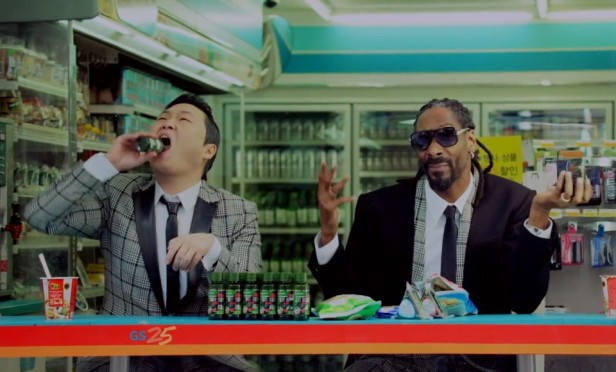 Chinese Food in Korea is pretty popular and the restaurants are often nicely decorated like in this scene. However it’s uncommon people drink large amounts of soju there (but maybe beer).

Where are many people go after eating and drinking? Yes, Noraebang. Of course on the table are more cans / bottles of Hite Dry Finish. Also the video featured KPOP idol G Dragon.

Close to the port in Incheon, this is an old style more fairground amusement park.

A common sight around south Korea are billiard halls. 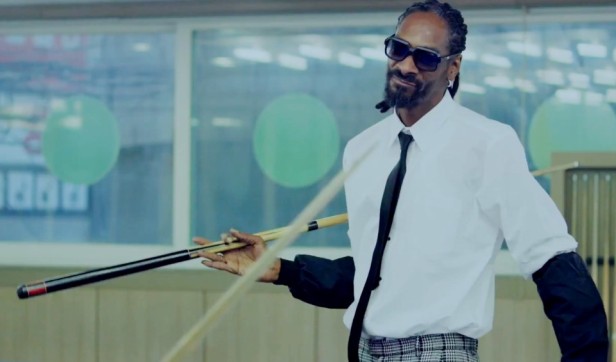 It’s not until you look closely you’ll see a number of liquor / spirit brands on the different cups and bowls. Jack Daniels, Absolute Vodka and Jim Beam to name the obvious ones. 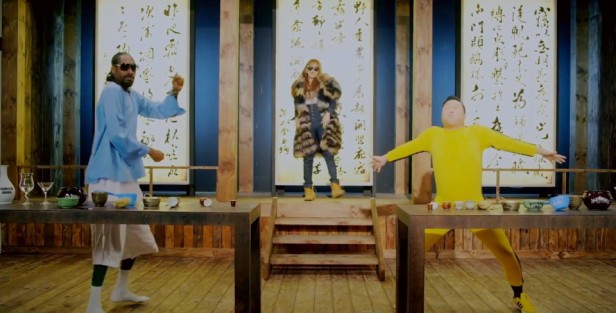 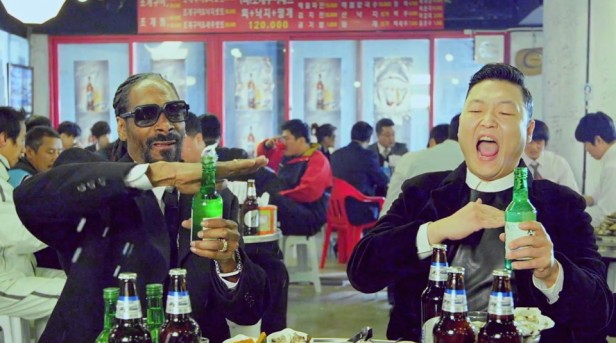 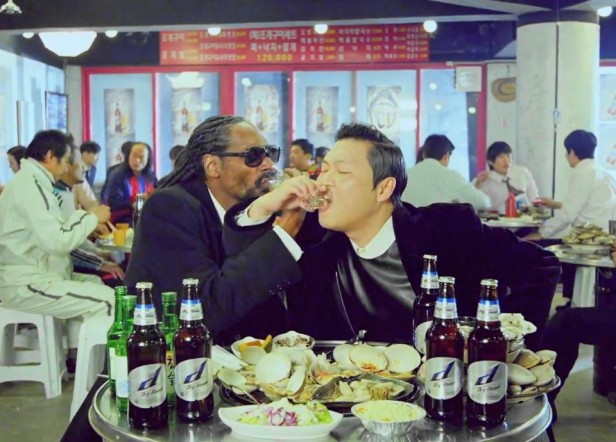 9) The Streets of Incheon

We finish on the wild streets of downtown Incheon. Fights and Car crashes are rare but drunk people walking around at the break of dawn not so much :). 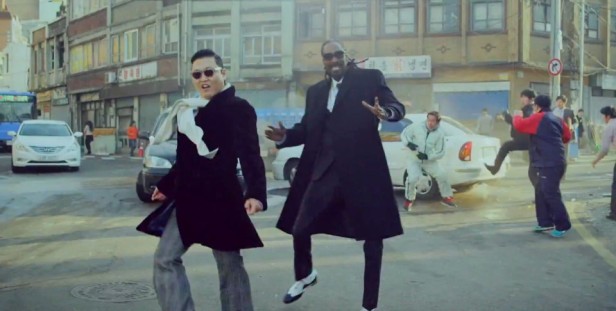 Other Related Videos and the future for PSY

Firstly at the end of the Hangover Music Video a hint was left regarding PSYs next release. It’s titled Daddy and will be release at some point this summer. 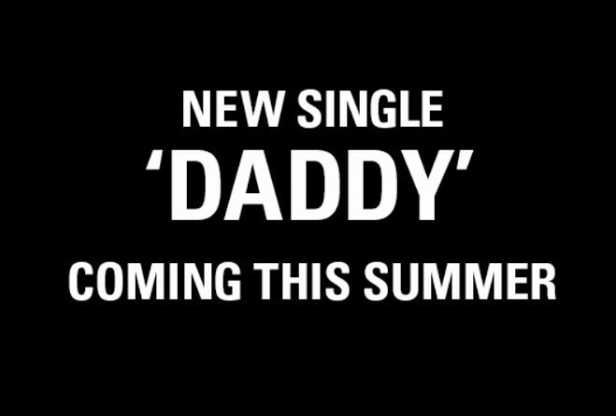 Secondly here are a few videos related to the release of Hangover;

If you have any questions or comments regarding Hangover, PSY or Snoop Dogg in Korea please feel free to let us know, either via email, Facebook, Twitter or by commenting below.

Have a great day!

One week to go #KLeague