Reilly’s Taphouse in Itaewon is one of a few taphouses or specialty beer pubs to open up in Seoul over the past few years. One of the key reasons is that Korean’s demand for higher quality beer is increasing and at the same point draft beer. As you might expect this is a slightly higher class pub than some others in Itaewon with prices to match. It’s a popular pre-night out or after dinner hang out.

Thoughts; Firstly the selection and range (20+) of different beers on tap is very impressive and exciting to see. Secondly the British countryside style pub design and side menu is a nice touch and adds to an already relaxing and enjoyable atmosphere. Finally the option of a selection beer platter is a good way of sampling a range of different beer (although we didn’t as we already knew what we wanted). The only downside is the slightly expensive food menu, but you’d guess the main focus is the beer.

Reilly’s Taphouse is a great place to check out if you really like you beer :).

Pictures from Reilly’s Taphouse and of the Beers

Firstly here are a few sample menus and pictures from the bar; 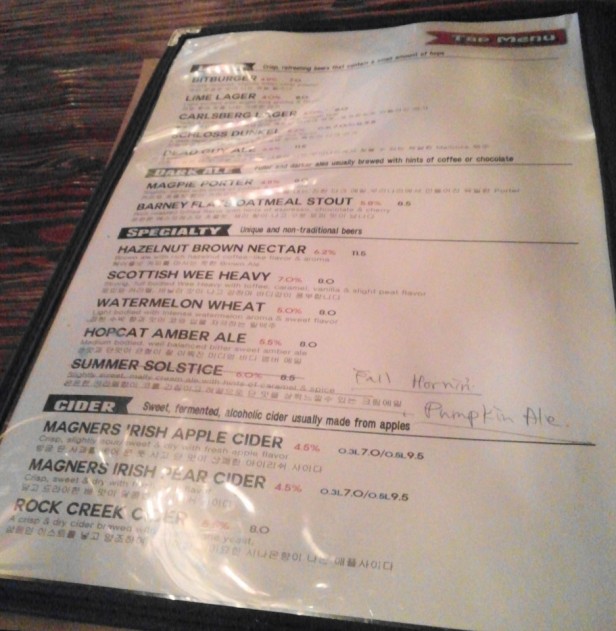 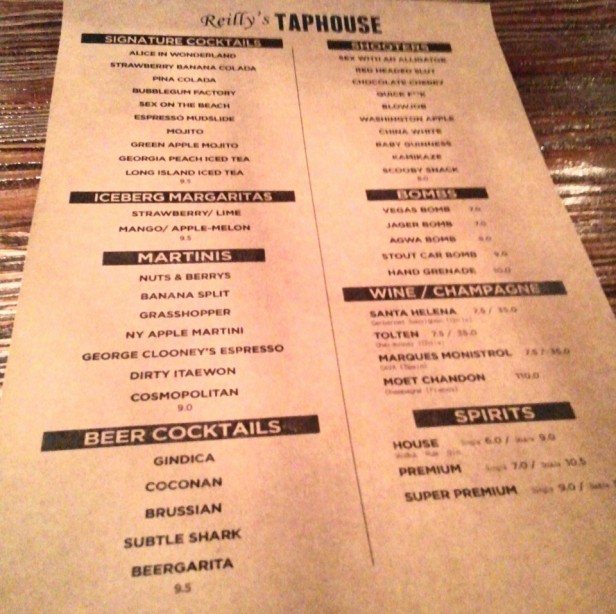 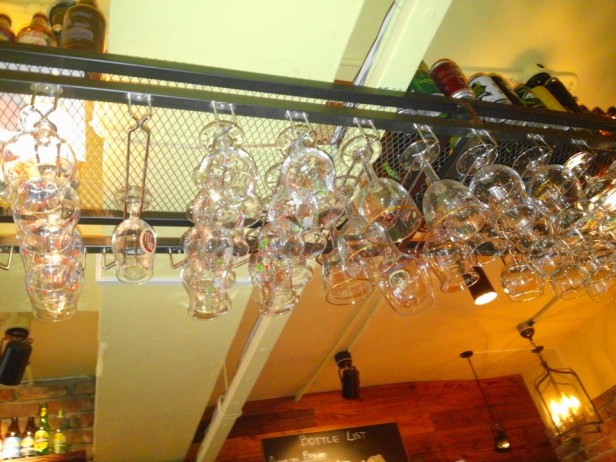 Secondly here are just a few of the beer we tried; 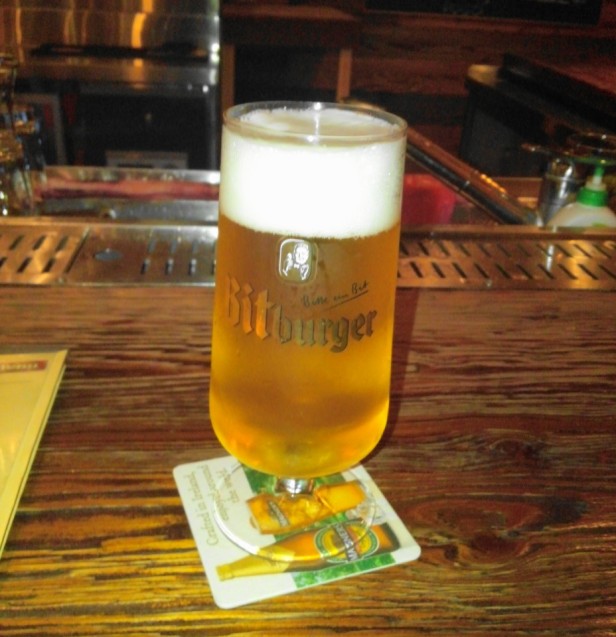 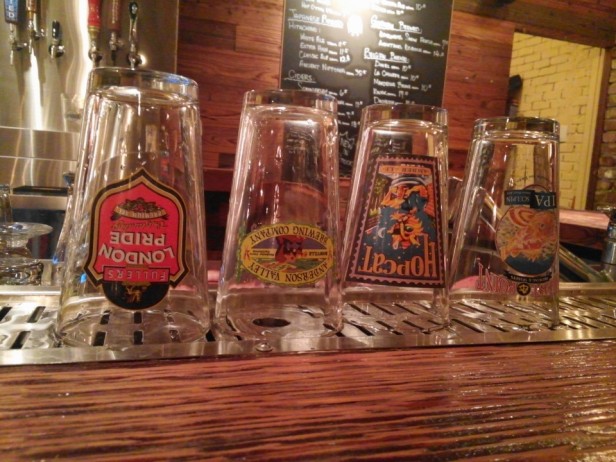 Links and Location of Reilly’s Taphouse

Reilly’s Taphouse is pretty easy to find as it’s not far from the subway station / Hamilton Hotel. If you’re starting from Itaewon Subway (Line 6) Exit 2, then continue straight and it’s in the building right after homestead coffee on the 3rd floor (less than 2 minutes walk).

If you have any questions regarding the Reilly’s Taphouse, beer in Korea or if you have anything you’d like to add please let us know either here or via our social media channels.