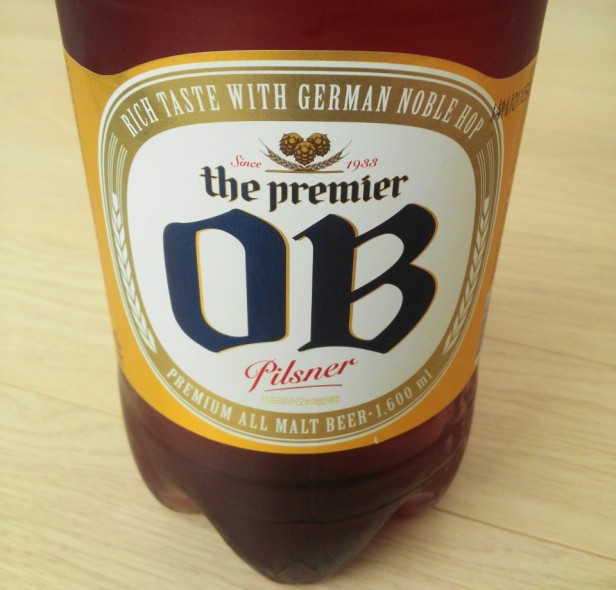 Towards the end of 2014 a new Korean beer entered the already busy market, The Premier OB Pilsner – South Korea’s First Mass Produced Pilsner. Produced by Oriental Brewery which is part of the AB Inbev Company. Oriental Brewery or OB is one of the two big brewers in South Korea along with Hite-Jinro and produces beers such as: OB Golden Lager, Cass and a few more.

OB Pilsner has more of a malt base as well as a healthy alcohol percentage at 5.2%. The taste is as good if not better than other domestic Korean beers and has a typical Pilsner flavor. The price is also the same as or similar to other regular Korean beers. OB Pilsner is well worth trying and hopefully enjoying.

Here are a few more pictures of The Premier OB Pilsner, in pitcher bottle form:

Media Coverage of and for OB Pilsner

A couple of newspaper articles:

As always if you have any questions about OB Pilsner or about Korean Beer / Alcohol in general please feel free to let us know. Either below, by Email or via Twitter or Facebook.