The K League Classic 14th round of the 2016 season is a early summer midweek round. Although one eye might be on Euro2016, save the other for these 6 fixtures. The key game this weekend is at the bottom of the table as Incheon United take on Suwon City FC. Both sides are looking to find some form and pick up a few points. Also a win for Incheon could take them off the bottom of the table.

As we move into the hot summer months the league title has taken shape. Jeonbuk have a 2 point lead at the top over FC Seoul, Jeju United and Seongnam in 2nd through 4th.
At the other end of the table, Incheon United are still bottom a single point behind Jeonnam. Suwon City FC & Suwon Bluewings a little above them.

Sangju Sangmu have been on a poor run of form recently losing 4 of their last 5 in the league, only beating bottom side Incheon. Jeju United on the other hand have won 4 of their last 5. The previous game between these sides this season ended Jeju 4 – 2 Sangju. Jeju will be favorites to win here.
Prediction: 0 – 2

Jeonnam Dragons have found the summer months difficult to far this season, failing to win in 4 games now and sit second from bottom. Ulsan Hyundai on the other hand have been getting better and better with 3 wins on the bounce. They have also beaten Jeonnam in their last 3 encounters. Ulsan will be favorites to take all 3 points.
Prediction: 1 – 2

Jeonbuk are the current league leaders and they’ve drawn their last 2 games, cutting their lead at the top to just 2 points. Suwon Bluewings have also drawn their last 2 games, however their early season poor form means that they’re currently 9th. The previous game this season between these two sides ended Jeonbuk 3 – 2 Suwon Bluewings. Jeonbuk should win this game, but it will be close.
Prediction: 3 – 2

Bottom side Incheon United have started to show small improvements in recent weeks beating Seongnam and coming back to draw with Suwon Bluewings at the weekend. Suwon City FC have only 1 win from their last 5 league games, losing the other 4. The only ever previous encounter between these two sides ended 0-0 earlier this season. We’re siding with Incheon to take only 3 points from this one.
Prediction: 1 – 0

FC Seoul are in the middle of the championship race and could return to the top with a win from this game. They’ve had mixed form recently with 2 wins, 1 draw and 1 defeat from their last 4 league games. Gwangju have dipped a little in recent weeks losing and drawing their last 2 games, they did however win the 3 before those games. Gwangju have only beaten Seoul once in 10 games back in 2011. FC Seoul at home would be hard to bet against.
Prediction: 3 – 1

This evenings final end comes from the South East coast as Pohang Steelers look for their first win in five games. Their last win was at the beginning of May against FC Seoul. Seongnam FC have only 1 win from 4, and they drew at the weekend against leaders Jeonbuk Hyundai. This is the 44th meeting between these sides, Seongnam winning the last time 1-0. This will be a close game and we see it ending in a draw.
Prediction: 1 – 1 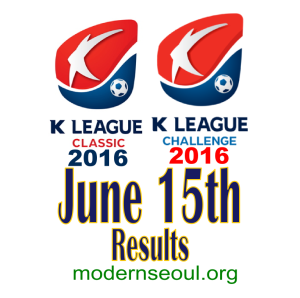 6 home wins, 22 goals and 3 own-goals. Also Incheon move off the bottom of the table replaced by Suwon City FC. 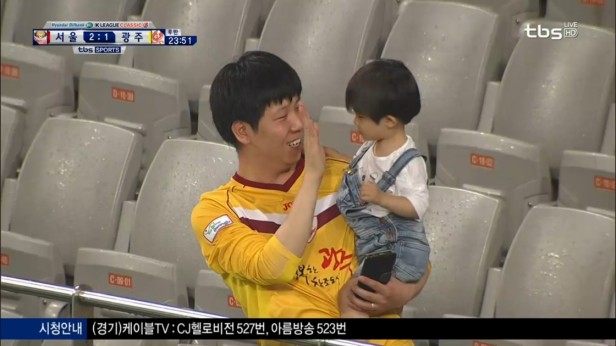