Euro 2016 is entering its final stages as the semi finals take place over the next couple of days (early mornings here). The well known names of France and Germany play on Thursday (Friday morning here), whilst before that we have the team of the tournament Wales taking on a fortunate Portugal side. Previews, predictions and Kick Off details here; 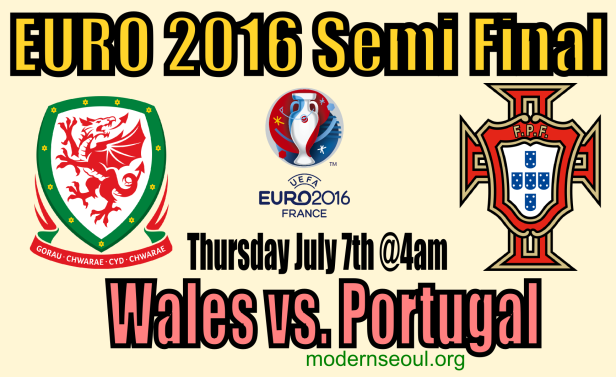 Wales (along with Iceland) have been a Cinderella story during these championships. Winning their group and then progressing to the semi finals in their first major tournament since the 1950’s. They beat Belgium in the previous round and looked the better side against a side ranked 2nd in the world.
On the other hand you have Portugal, a side that hasn’t won a game inside a regular 90mins for the whole tournament. They and the 24 national layout have come under criticism, as it makes things easier for sides and rewards defensive play over attack. They however have Ronaldo, one of the best players in the world and someone who come turn a game in a moment.

Prediction: They will be a close and edgy game, Wales looked great against Belgium but when they played England as well as Northern Ireland they looked poor. So if the better Wales turn up they should win. Therefore we’re prediction is for a Wales win but after extra time.
Wales 2 – 1 Portugal

France vs. Germany
Friday July 8th at 4am (Korean Time) or 9pm (Local Time) Kick Off

Hosts France have shown strong resolve in all of their games so far and a good amount of conditioning. They’ve benefited from a generous schedule which has allow for a good amount of recovery time. They looked excellent beating a spirited Iceland and certainly can score goals.
Germany had to rely on penalties in the quarter finals in order to get pass Italy, but that was maybe their first difficult game on the championships so far. No Mario Gomez or Mats Hummels will certainly weaken the World Champions but they do have strength in depth.

Prediction: France came into the competition a little ring rusty from a lack of competitive games, but they’ve certainly gotten over that now and will be favorites to advance here. Germany will make a real game of it, but lack the edge they had 2 years ago up front.
France 2 – 1 Germany