The Summer K League Classic action continues this weekend with 6 more interesting tie. The weather forecast is looking better than last weekend if a little windy. The highlight game of this round of course is the second Suwon Derby of the Season as Suwon Bluewings host Suwon FC. Both sides are in the relegation battle at this point of the season, but in derbies form and league position often go out of the window. 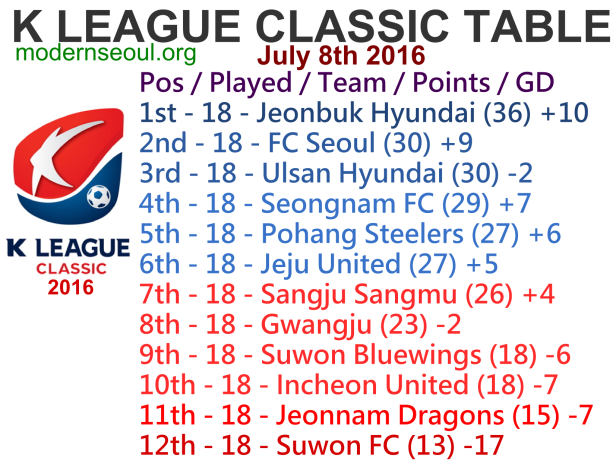 As we move into the hot summer months the league title has taken shape. Jeonbuk now have a six point lead at the top over FC Seoul. With Ulsan Hyundai and Seongnam FC in 2nd through 4th. There are only 7 points separating 2nd and 8th, so the mid-table is certainly tight.
At the other end of the table, Suwon FC are still bottom, and 2 points point behind Jeonnam Dragons. With Incheon United and Suwon Bluewings a little above them both on 18 points. 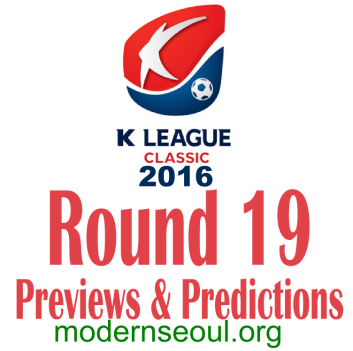 This round of games take place evenly over Saturday (3) and Sunday (3). All of the games take place in the early evening. Here are our brief previews and predictions for the 19th round of 2016 K League Classic games;

Gwangju will be hoping to bounce back from last weekends 1-0 defeat to Pohang and record a 2nd win in 6 games. Incheon United on the other hand are one of the leagues form sides wins their last 2 games moving them out of the relegation zone. These sides have played each other 12 times both with each winning 3 times. This is a close game on paper, but we see Incheon edging it.
*Fun Fact: Incheon last beat Gwangju away back in 2011, their only away win against them*
Prediction: 0 – 1

A poor run of form (3 defeats in 4) have seen Jeonnam Dragons drop from middle table down into the relegation playoff spot, and firmly in the relegation battle. Similarly Jeju United have only 1 win in 4 games, and have dropped out of the Champions League spots. On paper in looks like a draw, and we can also see that being the likely outcome.
*Fun Fact: This matchup has only finished 0-0 3 times in 27 clashes*
Prediction: 1 – 1

FC Seoul once again lost ground on league leaders Jeonbuk Hyundai at the weekend, losing for the 3rd game straight. They also will be without leading goalscorer Adriano who has been banned for 6 games following a red card for violent conduct. Ulsan Hyundai are currently level on points with Seoul and have won 3 of their last 4 league games. FC Seoul have won this matchup 2-1 the past 3 games. However we see this sadly ending all square.
*Fun Fact: Seoul haven’t beaten Ulsan at home since 2012*
Prediction: 1 – 1

League leaders Jeonbuk Hyundai come into this game the only undefeated side in the K League Classic remaining this season. However they have drawn half of their games (9 wins and 9 draws). Pohang Steelers have won 4 of their last 5 games helping them move into the top half of the league table. These sides have played each other 46 times in the past with Pohang winning 20 of those games. On paper this looks like a draw, however we feel that Jeonbuk might edge this one.
*Fun Fact: Jeonbuk haven’t beaten Pohang in 5 attempts*
Prediction: 2 – 1

Seongnam FC backed up a 3-1 win against FC Seoul with a 1-0 victory over struggling Jeonnam last weekend. Keeping their small championship hopes alive. 6th placed Sangju Sangmu beat FC Seoul last weekend 2-1 their 4th win in 5 games. Out of 33 games, Seongnam have beaten Sangju 18 times (a 54% win ratio). Although Sangju are inform they can be inconsistent and therefore we’re giving the edge to Seongnam.
*Fun Fact: Sangju haven’t beaten Seongnam since March 2011*
Prediction: 2 – 0

The weekends final game is the 2nd Suwon Derby of the season (and ever). Suwon Bluewings finished runners-up the past 2 season, haven’t at the moment they’re down in 9th place with only 3 wins from their 18games. Suwon FC started the season brightly but are bottom of the league with only 1 win in 15 games. Even worse top goalscorer Marvin Ogunjimi has moved to Thailand leaving them without a goal threat. Suwon Bluewings will be favorites to win here, however it’s a derby and anything could happen.
*Fun Fact: Suwon Bluewings have a 100% record over their city rivals Suwon FC*
Prediction: 0 – 2 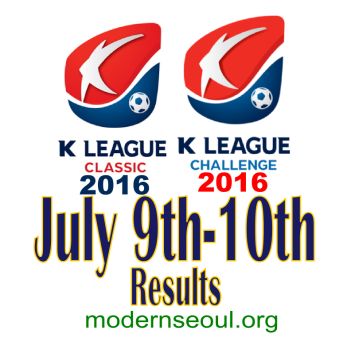 The K League Challenge season moves into the half way point of the 2016 season with round 22 this weekend (of 44). One of the standout games of the round is on Sunday evening between two sides in the promotion challenge, Bucheon 1995 & Gangwon. Bucheon are lacking form and Gangwon are pushing forward, so this could be a key game moving forward. 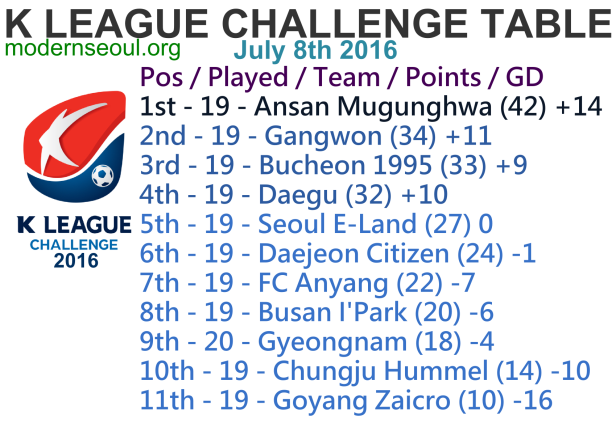 The league table has started to breakup a little with obvious gaps at the top and bottom. Ansan lead the way, 8 points ahead of Gangwon, Bucheon 1995 and Daegu who complete the playoff places. Goyang are slightly adrift at the bottom of the table, 4 points behind Chungju Hummel and 8 points behind Gyeongnam. 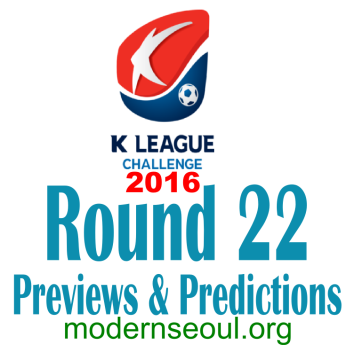 This round of games take place on Saturday (3) and Sunday (2). The games all take place in the early evening. Here are our predictions for the 22nd round of 2016 K League Challenge games; 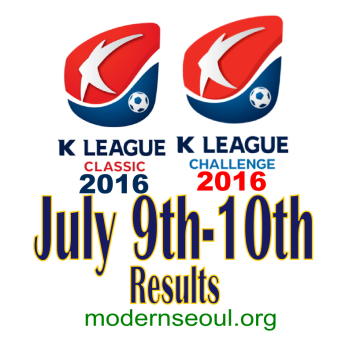