Firstly if you don’t know Pokemon Go is a Phone App / Game where you walk around in the real world and catch Pokemon, whilst also using augmented reality. It was released in the US and select other nations last week and has quickly become one of the most downloaded and used apps in world. Unfortunately due to mapping rules in South Korea it isn’t available here yet and players are only able to see empty fields of green (pictured below).

Niantic (developers) and Google (the Maps division) have requested access to map data in South Korea in order to improve Google Maps and also allow Pokemon Go to be played. The decision will be made before Aug 25th, and so Pokemon won’t be available for at least a few more weeks.

However one City has become famous overnight in the Pokemon World due to a Mapping Error allowing Pokemon to roam free. Sokcho in Gangwon-Do in now the unofficial Pokemon Capital of South Korea.

Sokcho the Home of Pokemon Go in South Korea

Sokcho (속초) a sunny seaside city on the North East Coast in South Korea as become a surprise home of Pokemon Go in South Korea. This is due to a technical mapping error which lists this small area as North Korea and therefore it isn’t blocked like the rest of Korea.

Because of this surprise error 100’s of Pokemon Fans are traveling over to the Sokcho now and this coming weekend to catch them all. This has lead to bus tickets selling out and people now organizing private buses and car pools in order to get there. The Mayor of Sokcho has embraced the boom in tourism be offering maps, free WiFi areas and extra phone charge points to support the Pokemon Go Players. 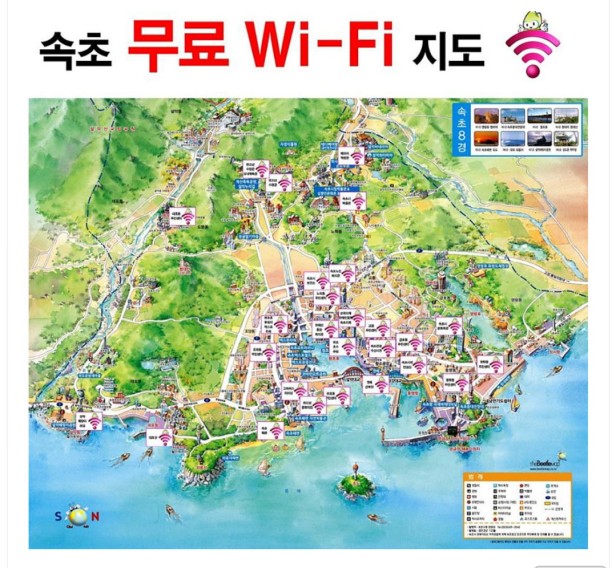 There is even a Special Tour Bus going this weekend, with tickets being sold via GMarket.

As always if you have any questions about Pokemon / Pokemon Go in South Korea and/or anything else please feel free to let us know. Either below by Email or via Twitter or Facebook.