It’s that time again, Super Match time. The Super Match is the biggest game of the K League season between FC Seoul and Suwon Bluewings, two of the biggest and most successful teams in South Korea. Predictions of a possible 40,000+ attendance on Saturday will be the highest in the league this season. The 2016 season so far has been a little bit of the contrast between Seoul and Suwon. FC Seoul sit up in 2nd place and are in the quarter-finals of the Asian Champions League. Whilst Suwon Bluewings crashed out of the Champions League in the group stages and close to relegation battle. Here is our preview for the third Super Match of the season; 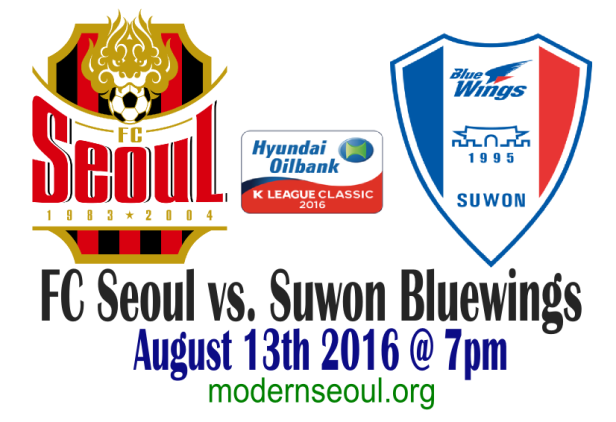 FC Seoul:
FC Seoul are currently 12 points adrift of league leaders Jeonbuk Hyundai and so can’t afford to drop any points. They’re also in the Quarter Finals of the Asian Champions League and Korean FA Cup, so a treble is still possible. Recently they’ve won 3 on the bounce keeping them in the championship race.
Key Man: Record goalscorer Dejan Damjanović returned at the start of the season after a couple of years in China. He has found his scoring boots in recent weeks finding the net 5 times in 5 games.

Suwon Bluewings:
As already mentioned Suwon Bluewings have had a 2016 to forget, the only positive is that they are still in the FA Cup. Currently they are down in 9th place and 6 points away from the top half. Recently they’ve improved with 4 wins from their last 6 games. They drew during the week in a dull game 0-0 against Ulsan Hyundai. They’re always up for the Super Match but this will be a difficult game. Kwon Chang-Hoon will be missing as he’s over in Brazil playing in the Olympic Games.
Key Man: Top goalscorer Santos (9 this season) will be the main target for Suwon, he scored against Seoul and will be looking to add more on Saturday evening. 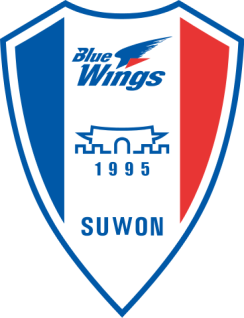 Head-to-Head: They’ve played each other twice this season, with both ending 1-1. Both times Suwon came back for a goal down.
Last season Seoul win once, Suwon once and the other ended in a draw.
In the past 4 years Suwon Bluewings have only won once at the Seoul World Cup Stadium.
Since 2003 they’ve played 49 times. With the record standing in Suwon Bluewings favor, Suwon (21) draws (11) and Seoul (17).

Suwon Bluewings have improved during the summer months, but so have FC Seoul. The Super Match is generally a close game, however we see Seoul edging this one at home. Suwon will be competitive and we’d not be surprised if there was a red card (or two) on Saturday evening.

A single goal was the difference in the end, after a slightly dull and boring game. 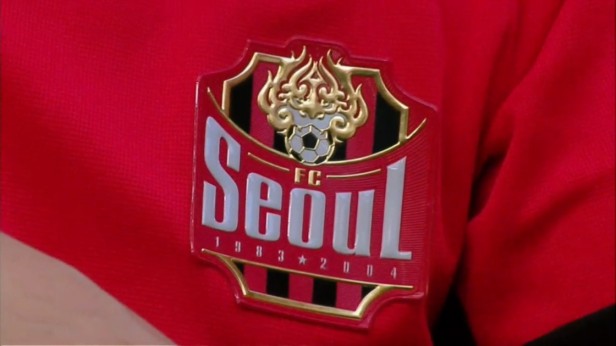 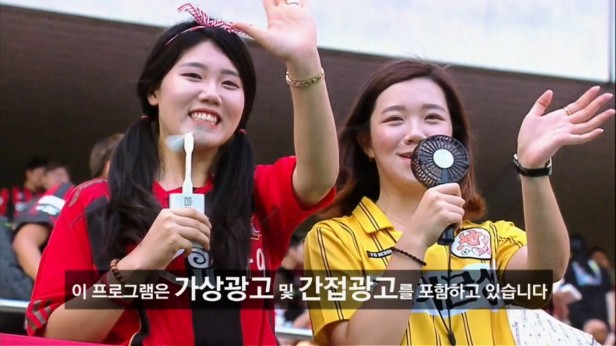 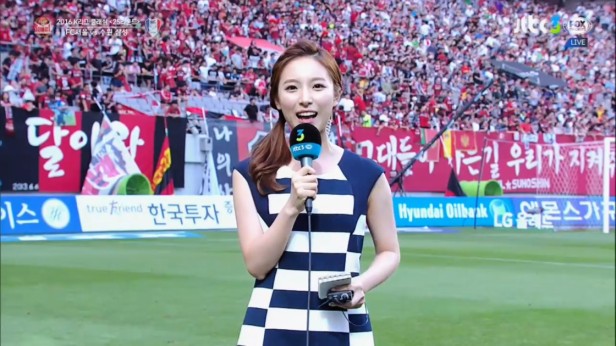 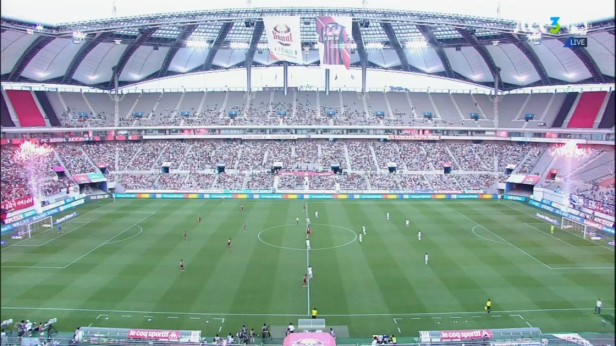 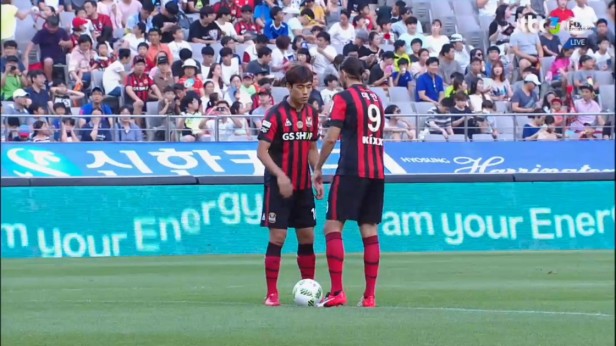 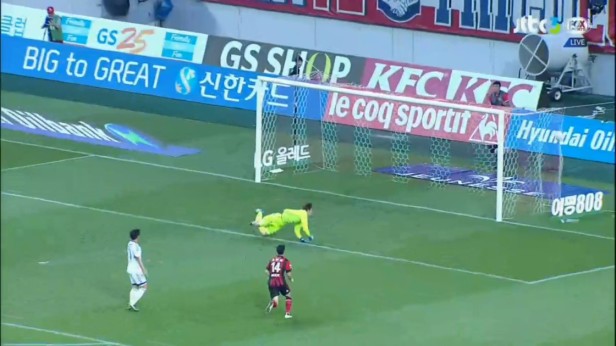 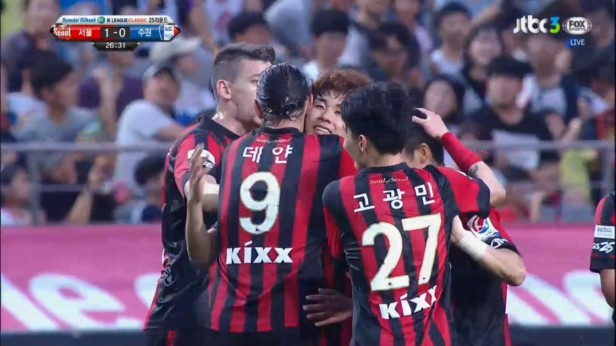 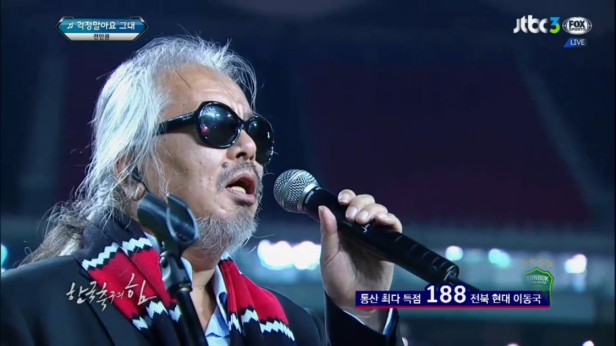 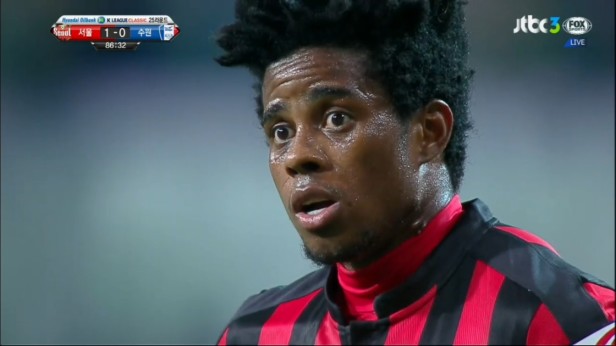 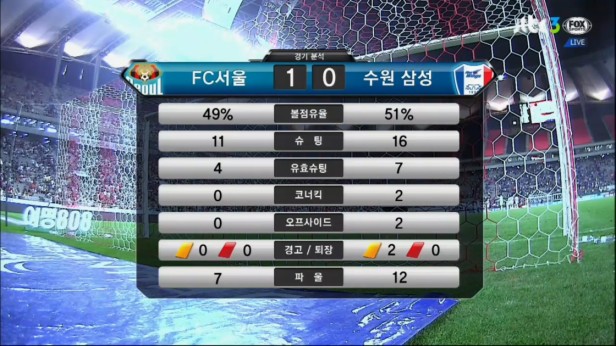