The AFC Champions League enters it’s Quarter Finals stage this week, with the 1st legs being played on Tuesday and Wednesday evenings. The competition is split into Western and Eastern Zones right up until the final. This tie features two of the best sides from both the Korean K League Classic and the Chinese Super League, Shanghai  SIPG (China) and Jeonbuk Hyundai (South Korea). The Chinese Super League has received a lot of attention in recent years due to the big name signings and high transfer fees as well as salaries.

Here is our brief preview, head-to-head details and prediction for Shanghai SIPG vs. Jeonbuk Hyundai;

Shanghai SIPG:
The Asian Champions League newcomers Shanghai SIPG have had a strong first season in the competition following their 2nd placed finish at the end of the 2015 Chinese Super League. They are lead by former England and Lazio manager Sven-Goran Eriksson who has seen improvement both on and off the field during his time at the club. They’re currently 4th in the Chinese Super League 12 points off the leaders. They won their champions league group and squeezed past FC Tokyo in the previous round. Their recent form looks inconsistent with 2 wins, 2 draws and a defeat.
Key Player: Brazilian Elkeson bring a wealth of AFC Champions League experience to the attacking line and he’ll be key moving forward.
Also; Big money transfer Hulk hasn’t played since July so don’t be surprised if he’s not in the squad.

Jeonbuk Hyundai:
Jeonbuk have won the AFC Champions once before 10 years ago, they also reached the final back in 2011. They are currently top of the K League with a 10 point lead. They are champions 2 seasons running now. They are undefeated in the league, but lost twice in the Champions League group stages and where knocked out of the Korean FA Cup to 2nd tier Bucheon 1995. There recent form has been solid with 6 wins and 2 draws from their last 8 league games.
Key Player: 37 year old former Middlesbrough forward Lee Dong-Gook maybe at the twilight of his career but he bagged 3 goals in the goal stages and his experience could be key moving into the 2nd leg and maybe beyond.

Head-to-Head: They’ve never played each other before, Shanghai played Suwon Bluewings in the group stages beating them at home but losing away. But that’s their only experience with K League opposition.
Jeonbuk Hyundai

Jeonbuk Hyundai are on title winning form at the moment in the league but won’t want to lose any advantage with a home second leg to come. Shanghai have some impressive names in their squad, but strangth in depth maybe an issue with the domestic players sometimes lacking vs. the foreign imports. We see a 1-1 being a good result for Jeonbuk having the away goal advantage. 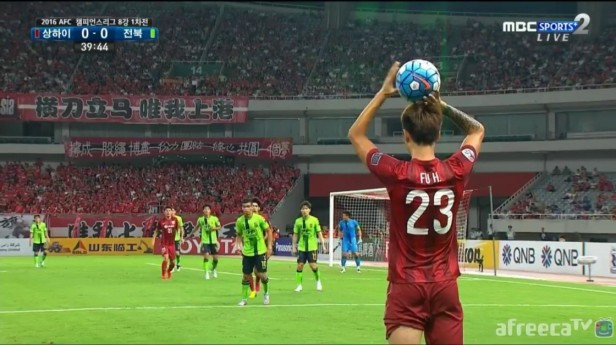 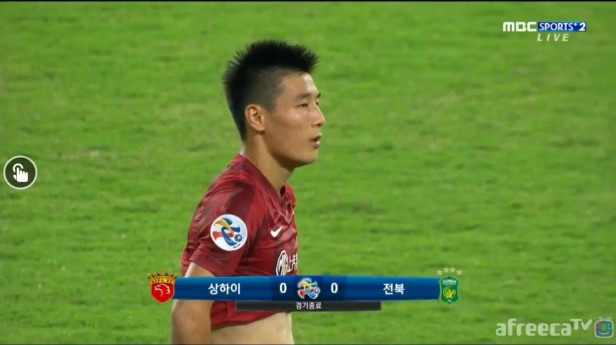 Shanghai SIPG 0 – 0 Jeonbuk Hyundai
A cagey match in which neither side wished to lose ground before the 2nd leg. Shanghai maybe had the better chances late on, but didn’t press to hard in fear of losing an away goal. No a great match overall.