It’s a quick turnaround for most of the K League sides after Wednesday evenings round of the games. There are only 2 rounds remaining until the league split so this is a key time to find some form. The highlight game of this round is the Saturday afternoon (at a traditional English 3 o’clock) between Incheon United and Suwon Bluewings. This match will have huge implications on the relegation battle, and is also a local(ish) derby.
FC Seoul & Ulsan Hyundai played their match last month to allow extra recovery time before the Champions League games coming up next week. 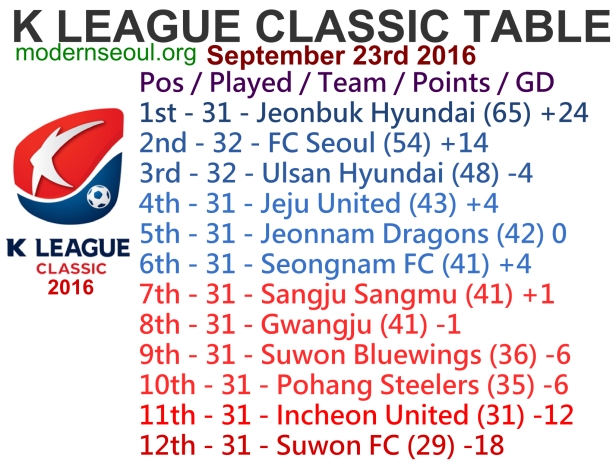 As we move quickly towards the end of season league split the table is still close in the middle. Jeonbuk now have a 11 point lead and a game in hand at the top over FC Seoul. With Ulsan Hyundai 6 points behind them in 3rd. There are only 2 points separating 4th and 8th, so the mid table battle is very tight.
At the other end of the table, Suwon FC have once again returned to the bottom of the league, but they are only 2 points behind Incheon United in 11th. Pohang Steelers are 5 points ahead of them.

This round of games take place on Saturday (3) and Sunday (2). The games taking place in the mid afternoon or early evening between 3pm-7pm (some different than originally listed). Here are our brief previews and predictions for the 32nd round of 2016 K League Classic games;

The first game of the weekend is a highlight clash between 2 sides down in the relegation battle. 11th placed Incheon United host 9th placed Suwon Bluewings, 3 points for either side could be a step further away from the risk of Challenge Football next season. Incheon have 7 points from their last 3 games and moved off the bottom during the week. Suwon Bluewings have only lost 1 of their last 9 games, but have drawn 6 of those (5 1-1). A close game on paper, however we feel that Incheon buoyed by a home crowd could edge it.
*Fun Fact: These sides have drawn both previous encounters this season.*
Prediction: 2 – 1

Runaway league leaders Jeonbuk Hyundai host 6th placed Seongnam FC in this weekends 2nd game. Jeonbuk are undefeated in the league this season, but have drawn their last 3 games straight. Seongnam only have 1 win in 6 games, and haven’t won away in over 2 months. Jeonbuk Hyundai should be favorites to win this one.
*Fun Fact: It’s been over 3 years since Seongnam beat Jeonbuk away in the league.*
Prediction: 2 – 0

Saturdays late game features 2 sides in the bottom half of the table 10th placed Pohang Steelers and 8th placed Gwangju. Pohang Steelers have lost 4 games on the bounce and are in danger of joining the relegation battle. Gwangju have only lost 1 in 8, and a win could push them up into the top half. On paper Gwangju should edge this one.
*Fun Fact: Gwangju have only beaten Pohang once, 10 years ago and at home.*
Prediction: 0 – 1

The first of Sundays games features two sides looking to book a place in the top half, Sangju Sangmu and Jeju United. Sangju have only 1 win in 8 games and have played 5 boring matches straight (1 or 2 goals in each). Jeju United have drawn their last 3 games and tend to struggle away from home. This doesn’t look like a Classic on paper, and most likely a draw.
*Fun Fact: These sides have shared 10 goals in 2 games so far this season.*
Prediction: 1 – 1

This weekends final game features bottom side Suwon FC and in-form 5th placed Jeonnam Dragons. Suwon FC have returned to the bottom of the league following 2 straight defeats. Jeonnam Dragons however have won 3 of their last 4, but can be weaker away from home. Close game for various reasons, but we see Jeonnam edging it.
*Fun Fact: Suwon FC have one of the worst disciplinary records in the league.*
Prediction: 1 – 2 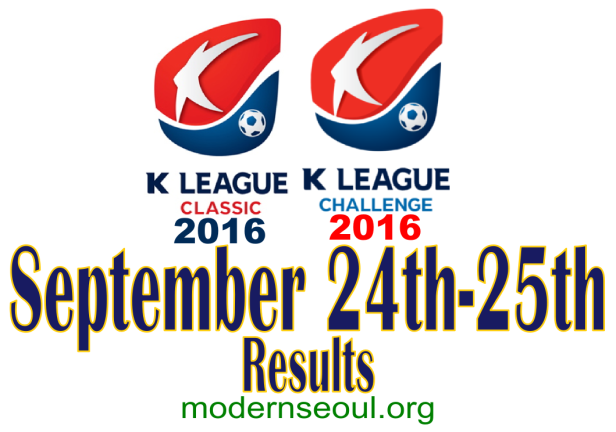 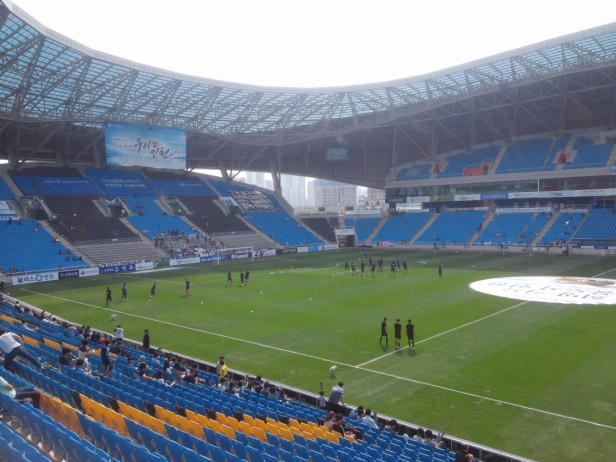 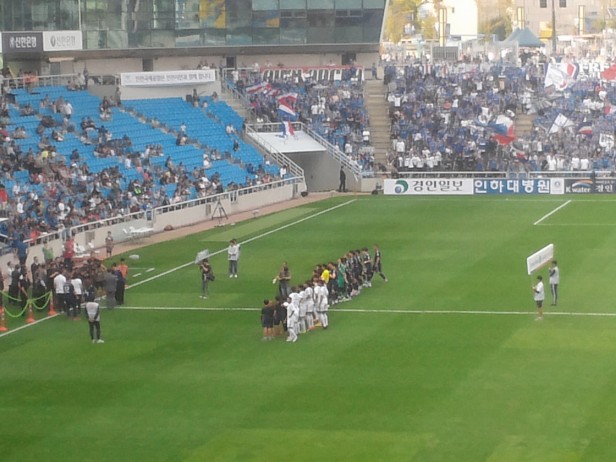 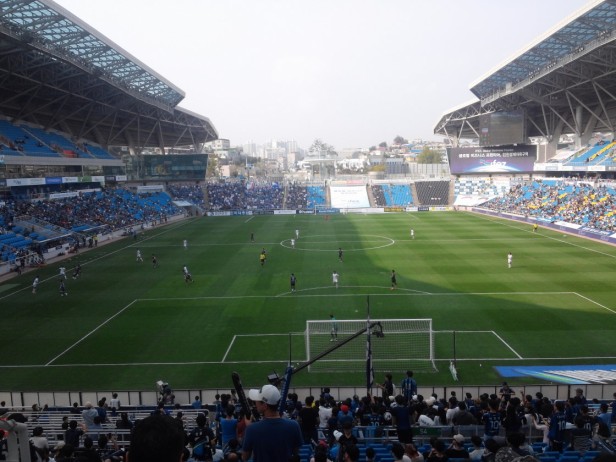 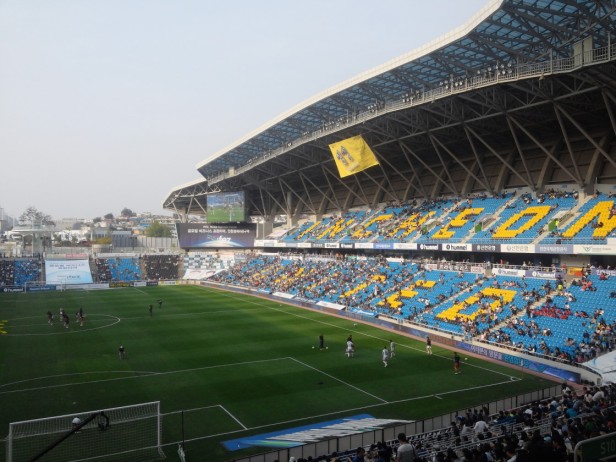 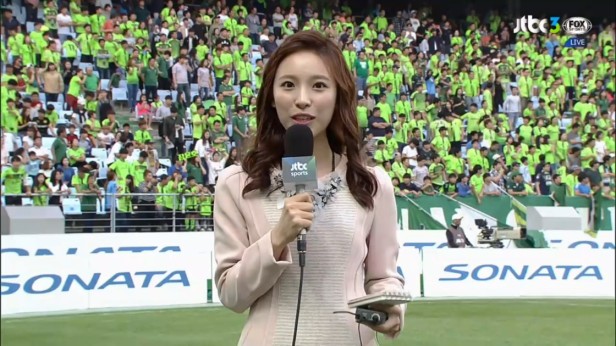 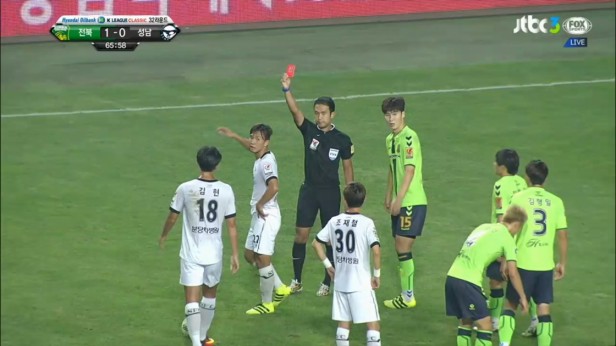 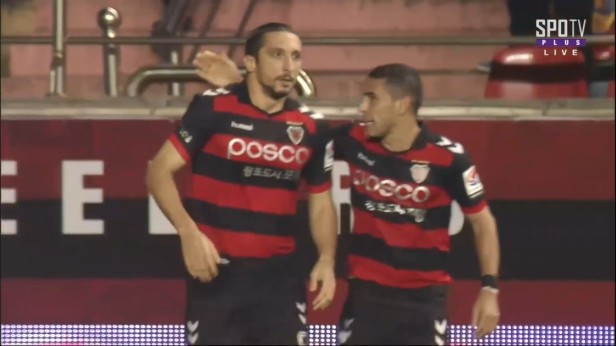 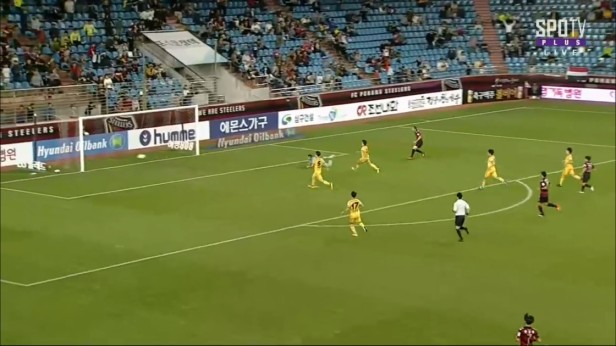 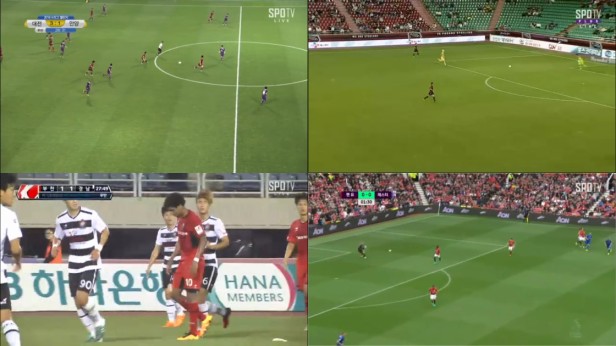 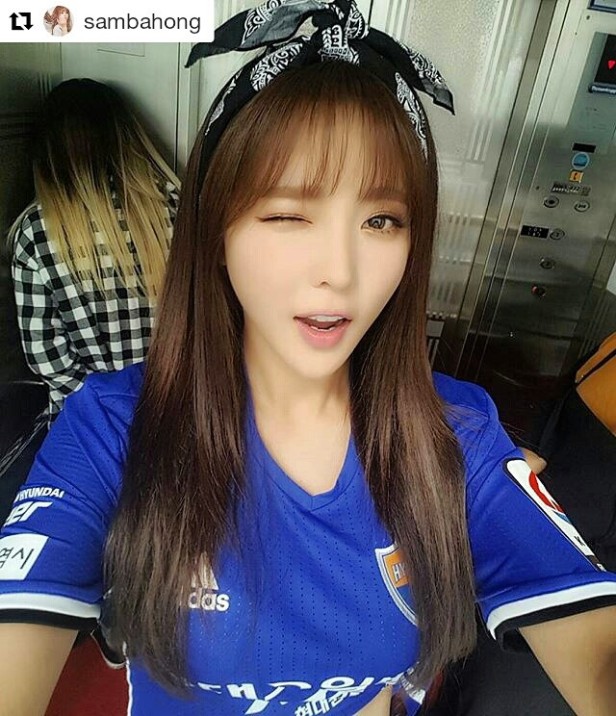 The K League Challenge reaches the 36th round landmark of the 2016 season this weekend, with sides only having around 8 games still to play this season. This round includes a number of interesting encounters, however for us the standout game is between 2 playoff placed sides Gangwon vs. Daegu on Saturday evening. A win for either will push them further above their rivals. 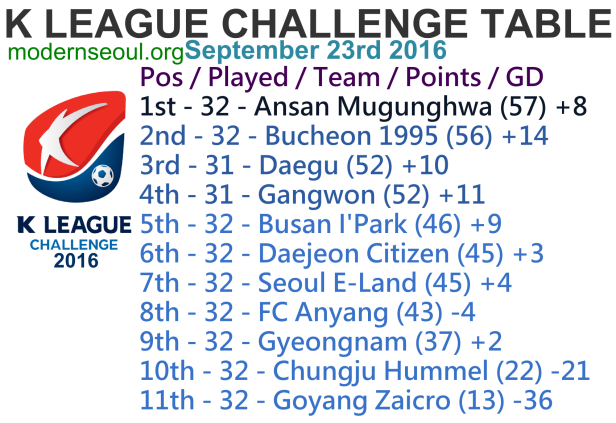 The league table is looking close as we enter the final quarter of the season and Ansan Mugunghwa currently lead the way with only a single point lead over Bucheon 1995 in 2nd. Gangwon and Daegu complete the playoff places. The next 4 sides are only separated by 3 points, but are 6+ points away from the playoff places. At the other end of the table, Goyang and Chungju are both well adrift of the rest now. But fortunately for them there is no relegation this season.

This round of games take place on Saturday (3) and Sunday (2). The games all take place in either the mid afternoon or early evening, anywhere between 4pm-7pm. Here are our predictions for the 36th round of 2016 K League Challenge games; 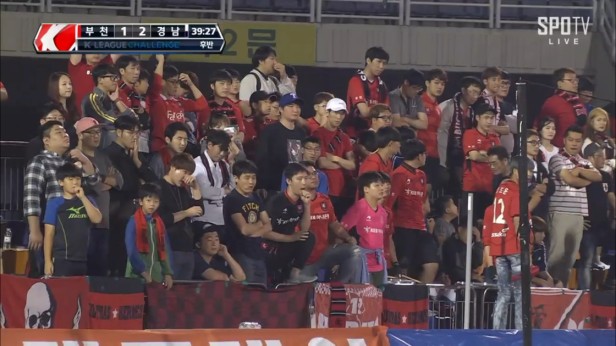 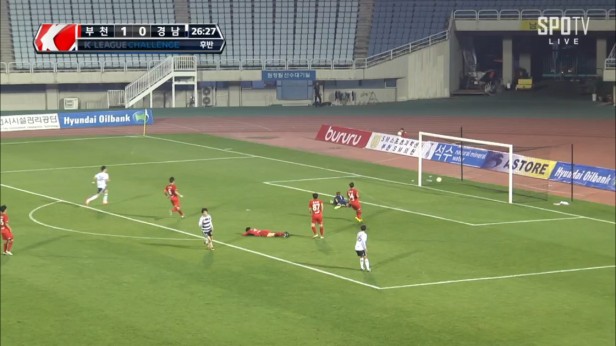