The 1st Leg of the AFC Champions League Final takes place this coming Saturday evening with Jeonbuk Hyundai representing South Korea and the K League. The competition was split into Western and Eastern Zones right up until now. Jeonbuk Hyundai of course finished the K League Classic in 2nd place following a dramatic final day of the season and will be looking to bounce back here and take home some silverware. Al Ain from Abu Dhabi, United Arab Emirates previously won the AFC Champions League back in 2003 (the first ever as the Champions League) and will be looking for their 2nd continental title.

The game kicks off at 7pm local time on Saturday evening, here is our brief preview, head-to-head details and prediction for Jeonbuk Hyundai vs. Al Ain FC; 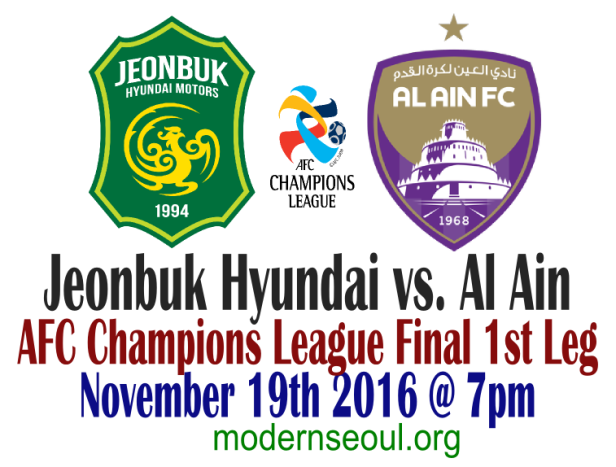 Jeonbuk have won the AFC Champions once before 10 years ago, they also reached the final back in 2011. They fell apart toward the end of the domestic season losing the title on the final day of the season. They were champions 2 seasons previous. They topped their group but did lose twice. In the knockout rounds they beat Melbourne Victory, Shanghai SIPG and finally K League rivals FC Seoul to make the final. The K League season recently finished so the team will be match-fit but maybe a little tried.
Key Player: 30 year old Brazilian winger Leonardo is playing his 5th season for Jeonbuk and has been a key player all season, he will be pulling the strings moving forward.

As previous mentioned Al Ain won the AFC Champions League once before back in 2003, they have also won the UAE Pro-League a record 12 times. They edged though the group stages finishing 2nd in their group. They then beat Zob Ahan (Iran), Lokomotiv Tashkent (Uzbekistan) and then El Jaish (Qatar) to make the final. Their league season has only recently begun where they sit 4th but undefeated with 4 wins and 1 draw so far. Their last game was in the League Cup where they drew 2-2 against Beni Yas.
Key Player: Brazilian Douglas is the main danger man for Al Ain, he’s already scored 4 goals in 5 league games. Another player to look out for is former Pohang Midfielder Lee Myung-Joo, who bring K League experience to the team.

Head-to-Head:
These sides have never played each other before.

Jeonbuk Hyundai will need a result in this first league before traveling to the Middle East next weekend. We see a close game, with Jeonbuk scoring late in the 1st half and holding on to that advantage.

Leonardo scored twice as Jeonbuk came from behind to win on the night. Still 90mins to play over in the UAE and Al Ain did score an away goal. 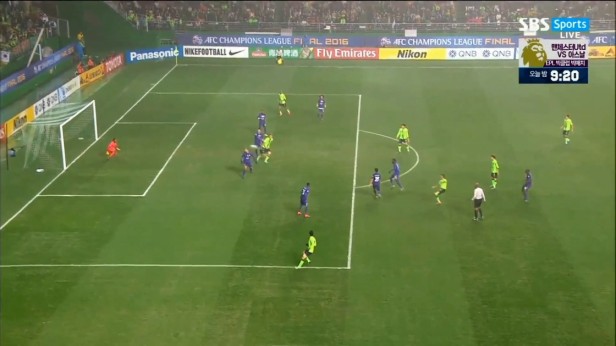 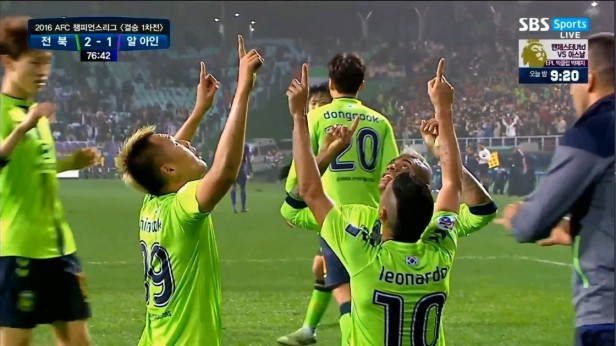