Well the 4th season of the K League Challenge is in the history books and it was certainly interesting. It didn’t have the best of starts with Gyeongnam suffering a 10 point deduction for bribery, but it got better and the final run in with exciting. Culminating in Daegu and Gangwon (via the playoffs) winning promotion to the 2017 K League Classic. Here is the final table and summaries to each of the 11 sides;

Ansan Mungunghwa were crowned champions, with Daegu finishing runners-up. Bucheon 1995, Gangwon and Busan I’Park contested the playoffs with Gangwon coming out victorious beating Seongnam in the playoff final. Seoul E-Land were the best of the rest, with Daejeon Citizen, Gyeongnam and FC Anyang failing to offer much this year. Finally adrift from the rest we have Chungju Hummel and Goyang Zaicro, both of which won’t the returning for the 2017 season. 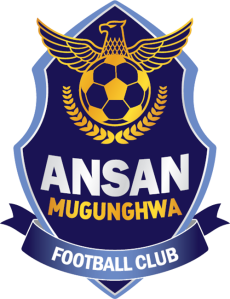 In their 3rd and final season in Ansan, the police side Ansan Mugunghwa left on a high winning the league on goals scored. They lead the league for most of the season and often looked a class apart, they did however look obviously weaken when core player returned to their parent sides following the end of their military service. Away defeats 8-1 against Chungju, 5-0 vs. Daejeon and 4-0 vs. Gangwon towards the end of the highlighted this. However their early season form was enough and they’ll leave for Asan happy. 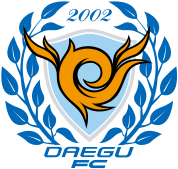 Daegu FC finally won promotion back into the K League Classic following 3 seasons in the Challenge. They spent the whole season in the title/playoff race and looked solid week-in week-out. They’ll need to bring in a few new players in order to be competitive in the Classic, but they’ve got a solid base already.

Gangwon will join Daegu in returning to the K League Classic following 3 seasons in the Challenge. They were never a top side in the Classic, however in the Challenge they’ve always been in the hunt for a return. This season like Daegu they were in the title/playoff race from the beginning. Following wins over Busan and Bucheon they finally beat Seongnam in the playoff final (on away goals). They’ll need a healthy crop of new recruits during the off-season to survive, but if Gwangju can do it anyone can. 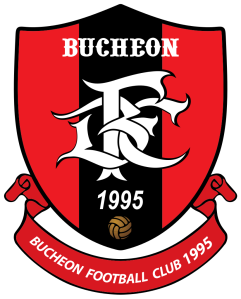 Bucheon 1995 had the best season in their history, making the FA Cup Semi-Finals beating Champions League Winner Jeonbuk Hyundai along the way. However those cup exploits might have proven an issue during the playoffs as they conceded a late goal against Gangwon. Lukian and Waguininho look to be moving on and Bucheon will need to find quality replacements in order to challenge against next season.

Busan I’Park scraped into the playoffs on the final day of the season (helped by Ansan not be eligible for promotion). But they lost to Gangwon and will spend yet another season in the 2nd tier. They somehow found show late form, but for much of the season they were down towards the bottom of the league. William Popp was one of a few players who pulled their weight, changes will be needed.

Following an impressive debut season in 2015, Seoul E-Land didn’t really follow up as well as most expected. Martin Rennie as well as many early fans departed as attendances and results didn’t appear as they once did. They continue to look professional but mounting costs might affect the club if they don’t start the 2017 strongly. A cup run might help them (a draw against FC Seoul would be the dream). 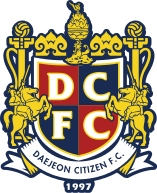 Daejeon Citizen returned to the Challenge following a disappointing season in the Classic. Sadly 2016 proved to be an average season, without the 20 goals from Kim Dong-Chan it could have been worse. The main positive was that they had the league highest average attendance figures.

Starting the season 10 points behind the rest of the league meant Gyeongnam were playing just for fun almost from week 1. A 7-0 drubbing of Goyang in front of a sparse Monday evening crowd was one of few highlights. Sadly they look to be a Challenge side for years to come unless surprise investment comes in.

One of the more passionately supported sides in the league, but sadly that passion didn’t translate to wins and FC Anyang finished down in 9th. A 7% increase in attendances might mean some extra money to bring in some new talent and maybe a foreign import or two.

4 disappointing seasons in the K League Challenge have been enough for the owner and city to call time on Chungju Hummel. An 8-1 hammering of champions Ansan Mugunghwa was the highlight of a another poor season. The club might (very unlikely) continue elsewhere or back in the national league in 2017, but for Chungju Hummel at least it’s full time.

Finally we come to Goyang Zaicro…, 2 wins all season…an average attendance of just 366…a new league record low of just 148…:( It just seems like the people of Goyang aren’t really into football (or just this team) and the club will fold after 4 disappointing seasons. It’s a shame that small clubs like this can’t move down into the semi-pro ranks of the Korean League system.

Overall on the field it was a good season for the league with exciting games and in our opinion an improvement in the overall quality of play (maybe excluding Goyang).

Also looking at the seasons attendances a few sides saw improvements namely Bucheon 1995 and FC Anyang (the only sides who improved vs. 2015), however Goyang Zaicro were awful all season with an average of just 366!?! The % sold also highlights the issue of using huge multi-purpose or World Cup Stadiums, it hurts the atmosphere so much. The league saw 6% drop in crowds which isn’t good news moving forward and maybe the reason why new sides aren’t joining. 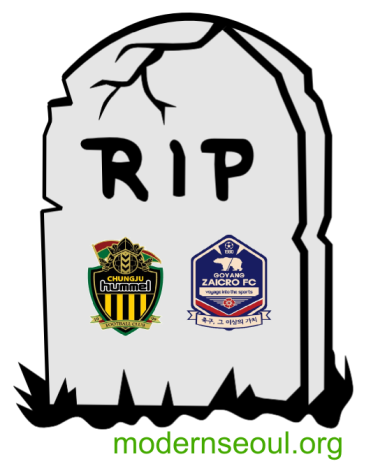 Firstly as already mentioned two sides Chungju Hummel and Goyang Zaicro will fold following 4 seasons in the K League Challenge. Neither sides had seasons to remember, but it’s a shame for their fans. Looking towards more positive things Ansan Mugunghwa (Police) will move over to the city of Asan and Ansan will create a new side. More information of Football in Ansan Here. So the 2017 season will include 10 sides.

Big Gyeonggi-do sides Seongnam FC and Suwon FC will certainly bring some new energy to the league, following their relegation from the Classic. The Challenge is far from broken however it has started to become a little stale, we looked at a few possible improvements a few months back, fingers crossed the league will look at possible positive changes. We really hope fans will continue to support the league in the 2017 season, 4 sides joining the league (either via moves, relegation or creation) should at least help.

As always if you have anything you’d like to add please let us know. We will try and keep post-season and pre-season things updated as best as possible via Twitter (and little via Facebook).

One thought on “K League Challenge 2016 End of Season Review”