The 34th season of the top division of Korean Football the K League Classic finished at the end of last month and there were interesting stories both on and off the field. The main talking point was the 9 point deduction handed to Jeonbuk Hyundai for bribery, a deduction which basically cost them the title. On a positive note FC Seoul won their 6th league title. Here is the final K League Classic League table and summaries to each of the 12 sides;

Just a reminder here is our review of the 2016 K League Challenge Season.

FC Seoul were crowded champions on the final day of the season beating Jeonbuk Hyundai who finished runners-up. Jeju United finished in the final Asian Champions League spot. Ulsan Hyundai finished 4th, with Jeonnam Dragons and Sangju Sangmu rounding off the top half. The bottom 6 sides were only separated by 9 points showing who tight the relegation battle was this season. Suwon Bluewings. Gwangju, Pohang Steelers and Incheon United all survived to play another year in the K League Classic. Seongnam FC sadly lost in the playoffs and will join Suwon FC in being relegated to the 2017 K League Challenge.

A slight dip in form during the summer months didn’t stop FC Seoul, and some big end of season results lead them to the K League Classic 2016 Title. They had the best defensive record in the league (despite some commercial keeping errors) combined with the joint best offensive record. They might have lost out on the Champions League and FA Cup, but the league title will make up for those losses. Next season could be interesting for the champs.

Certainly a season of what could and should have been for Jeonbuk Hyundai. They won the Asian Champions League which was a great achievement. However a 10 point deduction took the wind out of their sails in the title race and questionable tactics cost them in the FA Cup (vs. Bucheon 1995) and in the Club World Cup (vs. Club America). Some big names might leave but the club has funds to bring in replacements. They will be one of the favorites in the league and once again in the Champions League. 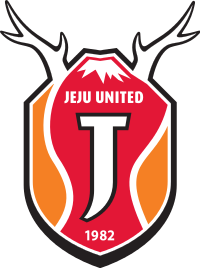 Jeju United had one of their best seasons ever as they finished 3rd and picked up a playoff place in next years Asian Champions League. Their success came from scoring goals and the goals were spread between a number of players, which gave them solid form all season. Traveling for the Champions League and League games next season might put added pressure on the team, so it might be a long 2017 for Jeju. 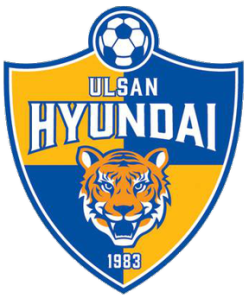 Ulsan Hyundai finished just outside of the Champions League spots, but were certainly the best of the rest. They lacked goals, but made up for that by being defensively strong. 2017 could be a good one for Ulsan if they can patch some gaps during the off-season.

A poor start to the 2016 season seemed to help Jeonnam Dragons, who found some summer form and pushed up to finish in an impressive 5th place. They tried towards the end of the season, but 2017 could be interesting for Jeonnam Fans if (a big if) they can start strongly. 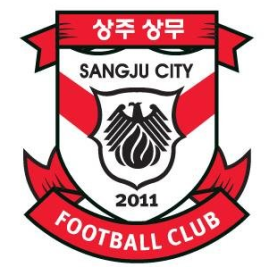 Sangju Sangmu the army side had one one their best seasons ever finishing 6th and in the top half. Made a little more impressive as they were returning to the top tier following promotion in 2015. They were poor towards the end due to players finishing their military service, but by that point they were safely in the top half. They are still the smallest K League side and need a little more support to match the rest of the league.

Suwon Bluewings went from crashing out of the Champions League to a relegation battle with city rivals Suwon FC, to finishing a respectable 7th and winning the FA Cup over rivals FC Seoul. To say it was a great season would be a lie, but it isn’t always about how you start it’s how you finish.

Gwangju built on their 2015 season with a solid 2016 when considering the size of the club. Jung Jo-Gook’s 20 goals were the difference this season, without those goals their situation might have been very different. They need to keep him and build a side around him in order to survive in 2017. 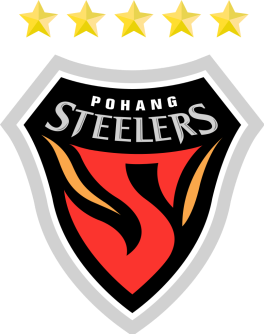 Pohang Steelers are yet another big side to have a poor season. 3rd place in 2015 to 9th this season and a group stage elimination from the Champions League, the list of woes continue. Mid-table all season they need to bring in a goal scorer next season in order to complete in the top half.

Incheon United had an awful season, and they only survived relegation thanks to some fantastic end of season form and heart. Also the leadership of (then interim) manager Lee Ki-Hyung, it wasn’t always pretty but those points saved them form relegation. However yet another disappointing might sadly lead to another unless a big overhaul of the squad happens quickly.

7 K League Titles, 3 FA Cups and 2 Asian Champions Leagues Trophies. Seongnam FC are the biggest side to suffered relegation from the K League Classic. Surprisingly they were in title / champions league contention during the summer months. However they lost top goalscorer Tiago Alves and they dropped like a stone from that point. They were also a little unlucky that Incheon, Suwon Bluewings and Pohang Steelers all found some end of season form. The playoff defeat to Gangwon relegated them, and it’s a long way back.

Finally we come to Suwon FC, they certainly won respect in their first ever season in the top flight of Korean football. Their city derbies against the Bluewings were generally entertaining and they put together a professional side. However they lacked strength in depth, a solid start faded and despite the addition of Bruce Djite in the Summer the step-up proved too much. They could bounce back up quickly, but will be the crowds return?

Overall the league was super even with no side looking at of place, however Jeonbuk looked unbeatable until the end of the season. The league averaged almost 3 goals per game, which was a big improvement on last season.

Also looking at the seasons attendances there was a small gain of 1.9% over 2015 with a league average of 7,873. Ulsan Hyundai and Gwangju saw big improvements along with promoted sides Suwon FC (a 223% gain wow) and Sangju Sangmu. Sadly Sangju Sangmu still have to do more in order to bridge the gap to the rest of the league. Suwon Bluewings and Pohang Steelers were the biggest losers certainly due to there poor seasons and added Champions League games. Still things are looking good for the K League Classic moving forward. 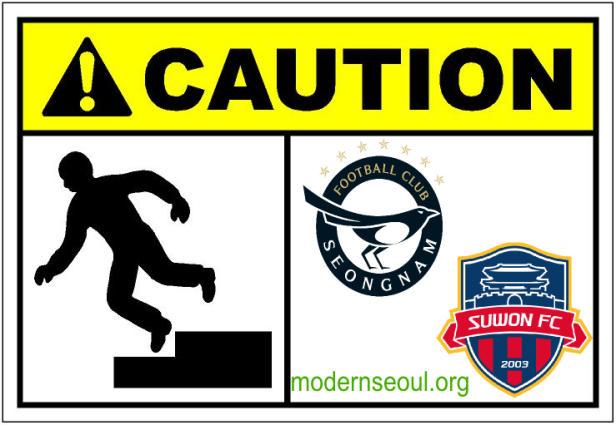 Firstly as already mentioned Seongnam FC and Suwon FC have been relegated down to the K League Challenge for the 2017 season, with Daegu FC and Gangwon FC returning to the K League Classic. Change isn’t always a bad thing, however both of the sides coming up look weak compered to those going down. Time will tell.
FC Seoul & Jeonbuk Hyundai should be in the title race next season, and they’ll hopefully be an improved Suwon Bluewings up there. Incheon United, Sangju Sangmu, Gwangju and others could have tough pre-seasons ahead as they look to be involved next season.
A full 2017 preview will be coming early next year.

As always if you have anything you’d like to add please let us know. We will try and keep post-season and pre-season things updated as best as possible via Twitter (and little via Facebook).