UFC 208 is the first UFC PPV event for 2017 and it might not be the most stacked card fighter wise that often leads to better fights. The main event features former Bantamweight Women’s Champion Holly Holm and Dutch kickboxing legend Germaine de Randamie. They’ll fight over the inaugural Women’s Featherweight crown. Of course this title has come under fire due to the lack of depth currently at 145lb, but in time hopefully it will become a full division. The co-main event features Middleweight Royalty in the form of Anderson Silva, who’s taking on Derek Brunson. Here are our predictions for all 12 of the UFC 208 fights plus previews for the main card;

Off as Justin Willis failed a pre-fight medical.

Off as Ian McCall is injured the day of the fight. 5 cancelled fights in a row now for Uncle Creepy. 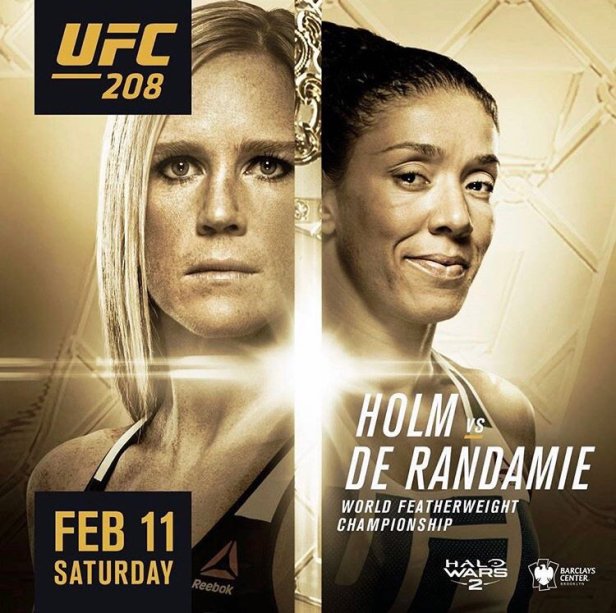 Poirier by 3rd Round TKO – An early shout for fight of the night. Jim Miller is a fan favorite for a reason, he likes to fight. He’s also on a 3 fight win streak. Dustin Poirier lost his last fight against Michael Johnson, before that he was 4-0 since returning to Lightweight. These guys on paper will put on a good fight, and we see Poirier coming out on top.

Glover Teixeira by Decision – This is an interesting fight Teixeira lost to Anthony Johnson in 13seconds 6 months ago, even so it still one of the best in the division holding a 25-5 record. Jared Cannonier is a little more unknown holding a 9-1 and record but has a 2-1 ufc record. Teixeira will be favorite but this fight could be close.

Ronaldo Souza by 1st Round Submission – Souza is one of the best in the middleweight division and his only defeat in recent years was a split decision fight vs. number one contender Yoel Romero. He can win on the feet or on the ground. Tim Boetsch has won 2 straight, but before that he was losing to Dan Henderson in 28seconds. Souza is a huge favorite and it would be a big shock for it didn’t win.

Anderson Silva by 2nd Round TKO – Anderson the Spider Silva is a future hall of famer and will go down in history as one of the greatest. However he’s lost 4 straight with 1 no contest. He’s also now 41. Derek Brunson rarely goes the distance, but it weak against counter strikers like Silva. He maybe the favorite with the bookies, but we see a relaxed Silva finding some of he old magic for an overdue win. 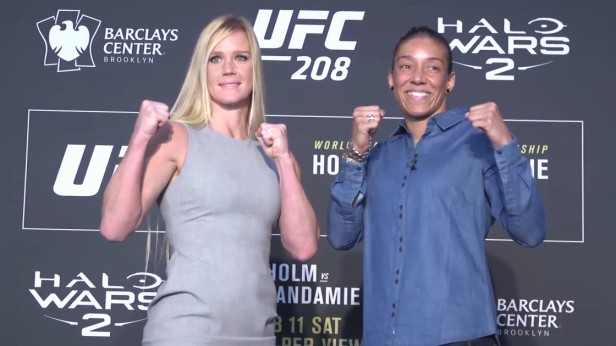 Holly Holm by Decision. Holly Holm comes into this title fight on the back of losing twice which for many would see them cut from the UFC, however before that she destroyed the once thought unbeatable Ronda Rousey. The kickboxing legend Germaine de Randamie has only lost once in recent years and to now Bantamweight Champ Amanda Nunes, her problem however is that she fights maybe once a year and at 32 is coming to the end of her career.
Both at better suited to 145lbs, Holm overall has the edge and will most likely win via decision. This will either be slow and boring, or a classic standup war. 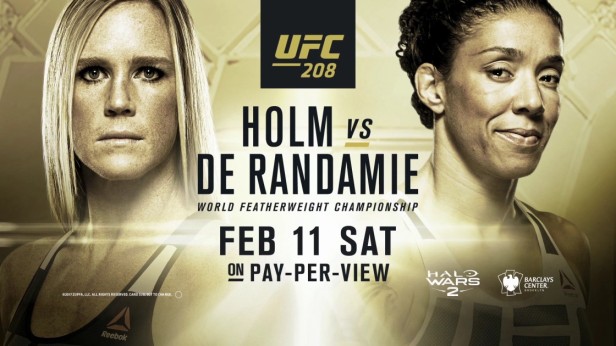 UFC 208 will be broadcast live on SPOTV here in South Korea.

As always if you have any questions about UFC 208 and/or anything else please feel free to let us know. Either below by Email or via Twitter or Facebook.