As we enter the second half of group stage games, many teams (FC Seoul) need to win at this point in order to stay in the competition. Other however are in more comfortable positions. Tuesday evenings games feature a pair of K League vs. A-League games, with FC Seoul traveling to Western Sydney Wanderers, and Jeju United hosting Adelaide United. 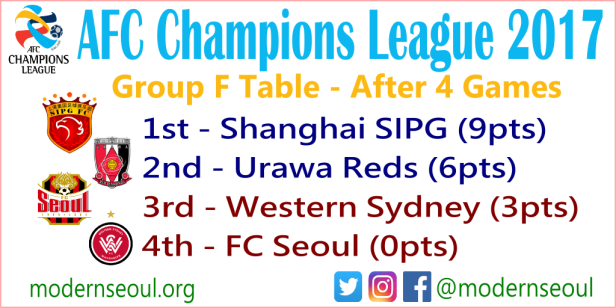 Shanghai SIPG lead the way in group F with a perfect 9 points from a possible 9. Urawa Reds are in 2nd on 6. Western Sydney Wanderers are 3rd with 3 points. Whilst FC Seoul are bottom and pointless so far.

Jiangsu Suning lead the way with a perfect record. Jeju United are 2nd a point ahead of Gamba Osaka in 3rd. Adelaide United are bottom with just a single point. 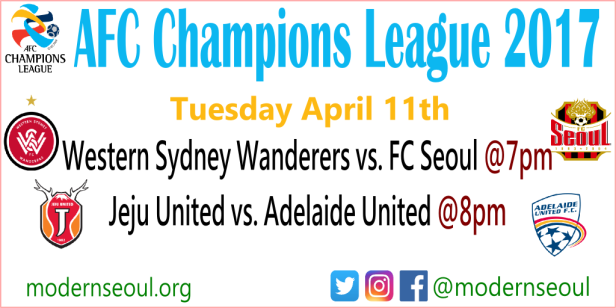 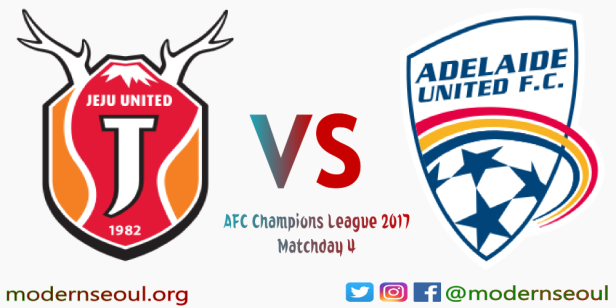 The only Korea based game of the evening takes place in Group H and is between Australian A-League side Adelaide United and hosts surprise package Jeju United. Adelaide United have lost 2 and drawn one of their opening 3 ACL games, they’re also having a poor league season as they’re currently 2nd from bottom. Jeju United were solid all last season and were rewarded with a Champions League spot, they lost a close game 1-0 to Jiangsu Suning, but bounced back to beat Osaka 4-1 in Japan. Before drawing down in Australia a few weeks ago. Also former Jeju United Midfielder Kim Jae-Jung currently plays for Adelaide.

Head-to-Head / H2H:
They’ve played once before which was the reserve group stage fixture last month. It ended 3-3.

Prediction:
2 – 0
Jeju are strong at home whilst Adelaide have been poor traveling to Eastern Asia. Therefore we’re siding with Jeju. 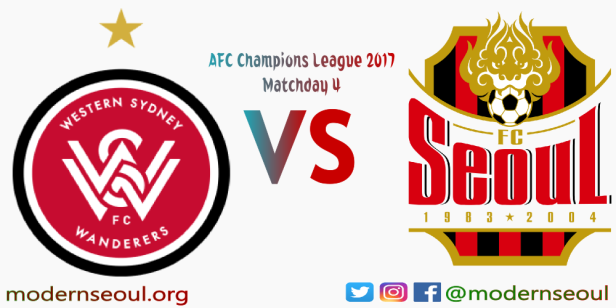 The earlier game of the evening comes from the Campbelltown Stadium and features K League champions FC Seoul and past Champions League champions Western Sydney Wanderers. FC Seoul have had a solid start to the new K League season currently sitting just off the top spots, however they’ve lost all 3 games so far in the Champions League. Western Sydney have lost twice but beat Seoul in Seoul a few weeks ago.

Head-to-Head / H2H:
They played each other five times before in the Champions League. 3 ended in draws, whilst Western Sydney won the other two games 2-0 in 2014 and 3-2 a few weeks ago.

Prediction:
1 – 1
FC Seoul cannot afford to lose, although a draw might not really be enough a defeat would basically end any hopes of a place in the knockout stages.

Adelaide have moved themselves back into the progression picture with a vital 3-points against Jeju United. Jeju slip down to 3rd.

FC Seoul survived a late Western Sydney comeback to win for the first time in the champions league. They’ll need to win their final 2 games to have any chance of progressing.