We are getting closer and closer to end of the Asian Champions League group stages and so this weeks games are must win for all of the Korean sides involved. Tuesday evenings games feature a important trip to China for Jeju who visit Jiangsu Suning and Suwon Bluewings host J-League side Kawasaki Frontale. 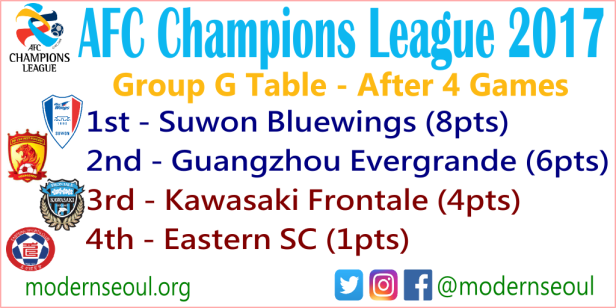 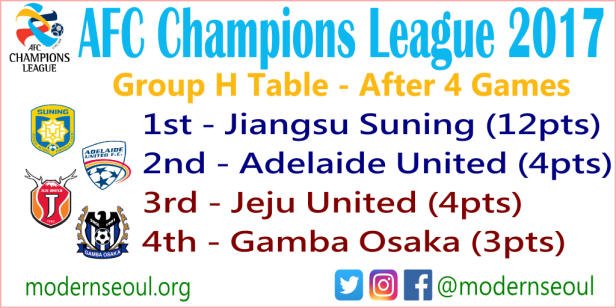 Jiangsu Suning lead the way with a perfect record so far and have already won the group. Jeju United are 3rd a point ahead of Gamba Osaka in 4th and level on points with 2nd placed Adelaide United. 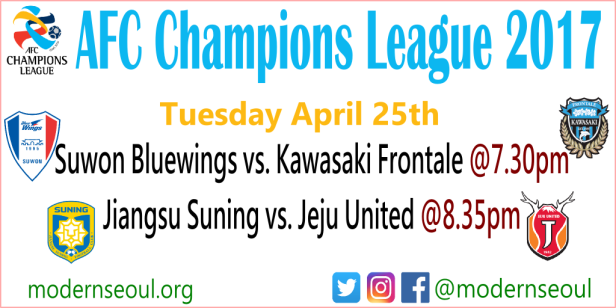 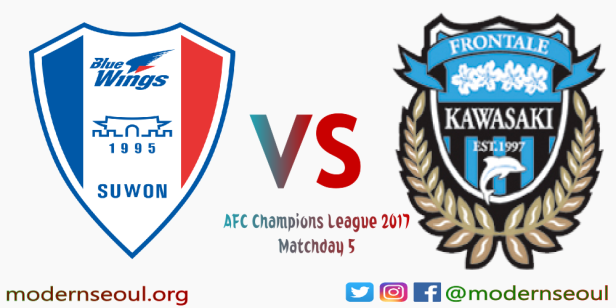 The first game of the evening comes from the Suwon World Cup Stadium. Suwon Bluewings host J-League Side Kawasaki Frontale. Suwon have had a solid group stage campaign drawing twice and winning twice (but against Eastern SC). Domestically they’ve not done so well sitting 7th with only 8 points from 7 games. Kawasaki Frontale have drawn all 4 of their group games 1-1 x 3 and a 0-0 draw. In the league they are also 7th but there are more teams in the J-League. Nakamura is their current top-scorer..

Head-to-Head / H2H:
They’ve played once before which was the previous group stage fixture in February. It ended 1-1.

Prediction:
1 – 1
Betting against Kawasaki to draw seems like a wasted bet. 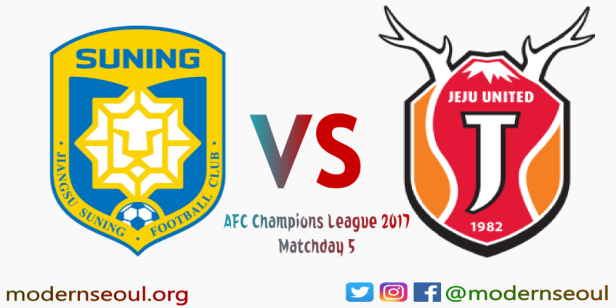 The second game comes from China as Jiangsu Suning host Jeju United. Jiangsu have a perfect record during the group stages with 4 wins from 4 games. In the Chinese Super League however they’ve been awful and are currently bottom of the league. Brazilian Alex Teixeira has been their main source of goals. Jeju United have 1 win, 1 draw and 2 defeats from their group games, however they can still qualify. In the league they’ve been strong and are currently 2nd.

Head-to-Head / H2H:
They played each other once before and they was this year when Jiangsu won 1-0 in Jeju.

Prediction:
1 – 1
Jiangsu have already won the group and therefore might field a weaken team in order to focus on improving their league form. But they might not, so we’re siding with a draw which might be OK for both sides depending on the result from the days earlier game.

A single second half goal was the difference between Suwon and Kawasaki. Suwon may require a win against Guangzhou on May 9th in order to progress.

Jeju came from behind to claim an important win over Jiangsu. The 3 points keep them in contention for a place in the knock-out stages.