Details on Wednesday’s Champions League games. We are getting closer and closer to end of the Asian Champions League group stages and so this weeks games are must win for all of the Korean sides involved. Tuesday evenings games feature an important trip to China for FC Seoul who visit Shanghai SIPG and Ulsan Hyundai host J-League side Kashima Antlers.

Thai side Muangthong United top group E with Kashima Antlers 2 points behind them in 2nd. Ulsan Hyundai and Brisbane Roar are in 3rd-4th both on 4 points. So any side can still qualify for the knockout stages.

Urawa Reds and Shanghai SIPG both have a 6 point lead over FC Seoul and Western Sydney Wanderers with only 2 games to play, therefore this weeks games could decide who goes through. 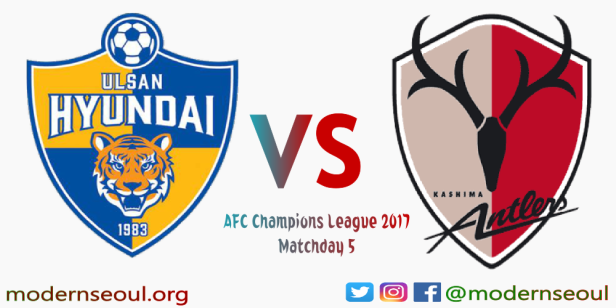 The first game of the evening comes from the Ulsan Munsu Stadium, as K League side Ulsan Hyundai host J-League side Kashima Antlers. Ulsan Hyundai have 1 win, 1 draw and 2 defeats from their 4 group stage games so far. Playing much better at home than away. In the league they lost 5-0 at the weekend. Kashima Antlers have done slightly better so far with 6 points from their opening 4 games. They’ve been solid in the J-League this season with 5 wins in 8 games.

Head-to-Head / H2H:
They’ve played once before which was the previous group stage fixture in February. It ended 2-0 to Kashima.

Prediction:
2 – 1
Ulsan have produced mixed performances during 2017 however we see them edging this one and keeping their Champions League dreams alive. 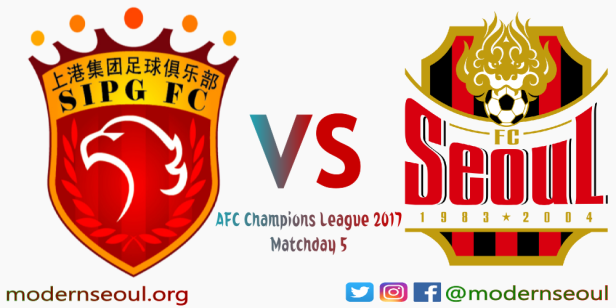 The second game comes from China as Shanghai SIPG host FC Seoul. Big spending Shanghai SIPG with the likes of Oscar and Hulk have looked strong so far during the group stages winning 3 and losing 1. In the Chinese Super League they’re currently sitting in 2nd place. FC Seoul on the other hand have had a disappointing Champions League campaign winning only once in 4 games. They fared better in the K League and are currently in 4th place.

Head-to-Head / H2H:
They played each other once before and that was this year when Shanghai SIPG won 1-0 in Seoul.

Prediction:
1 – 0
Sadly for Seoul we see Shanghai SIPG edging this game and therefore knocking the K League out of the competition.

Ulsan Hyundai crashed out of the Champions League after being hammered by Kashima Antlers. The J-League side scored 4 second half goals to confirm their place in the knockout stages.

FC Seoul took the lead but that was the only highlight from a disappointing night in China. Shanghai lead by Hulk and Oscar exposed the weak Seoul defence and knocked the K League Classic out of the competition.