The U20 World Cup has flown bye so far as we are already at the final group stage games, and Friday evening features the hosts South Korea looking to make it 3 wins from 3. Friday features 4 games 2 in Group A and 2 in Group B with games taking place at the Suwon World Cup Stadium and Jeju World Cup Stadium.

The final group game for host nation South Korea sees them taking on England. South Korea looked strong beating Guinea on Saturday and again beating Argentina on Tuesday. Once again look out for Barcelona youth/B Lee Seung-Woo and Paik Seung-Ho standouts, however they might be rested.
England hammered Argentina on the opening day 3-0, but labored to a 1-1 draw with Guinea.

Overall with a home crowd behind them we see Korea being strong, but England will get the point they need. It could be a slow game.

Are the details on the 3 other games on Friday in the U20 World Cup; 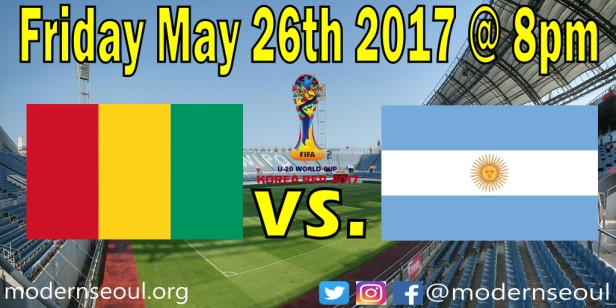 The other game from Group A features Guinea and Argentina. Guinea lost on the opening day to hosts South Korea, but came back to draw against England and claim a vital point. Argentina have lost twice and therefore need a big win in-order to stand any chance of making it into the final 16.

We see Argentina winning this one, but it won’t be a big win and therefore maybe not enough to progress to the final 16. 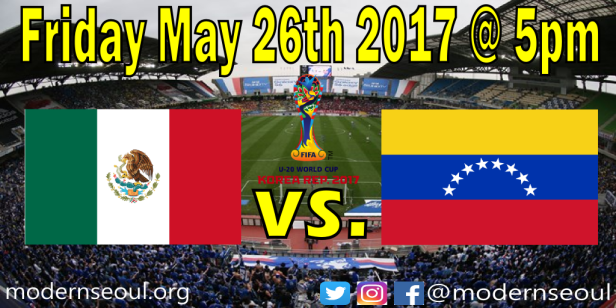 The first game from Group B has South Americans Venezuela taking on Mexico. Venezuela have looked like one of the sides to beat after beating Germany (2-0) and hammering Vanuatu (7-0). Mexico on the other hand looked nervous in their narrow 3-2 win over Vanuatu and played out a dull 0-0 with Germany. 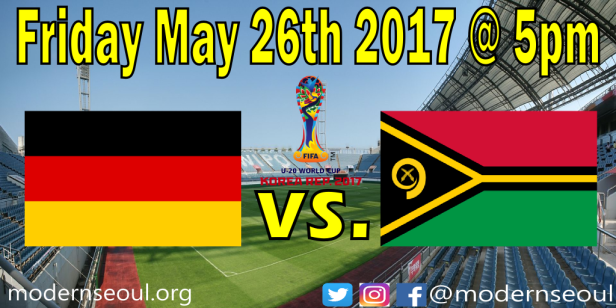 The second game of the day from Group B features Germany and Pacific nation Vanuatu. Germany haven’t been great so far losing to Venezuela before drawing against Mexico 0-0. However a big win here could save their World Cup Dreams. Vanuatu looked strong against Mexico, but tired and sloppy against a strong Venezuela.

A win for Germany seems most likely here, it’s more of a question of how many.