The U20 World Cup has flown bye and we now enter the knockout stages of the competition with the first day of the round of 16. The highlight game of the day is the big clash between hosts South Korea and European nation Portugal. There will be a sell-out crowd in Cheonan for the game.

Host nation South Korea enter the Round of 16 stage on Tuesday taking on Portugal. South Korea looked strong beating Guinea and Argentina, but feel to England on Friday evening partly due to resting a few players. Once again look out for Barcelona youth/B Lee Seung-Woo and Paik Seung-Ho standouts. Portugal squeezed into the Round of 16 thanks to a late winner against Iran on Saturday, before that they draw against Costa Rica and lost to Zambia.

The Korea will create an atmosphere and South Korea should progress to the Quarter Finals.

Are the details on the other game on Tuesday in the U20 World Cup; 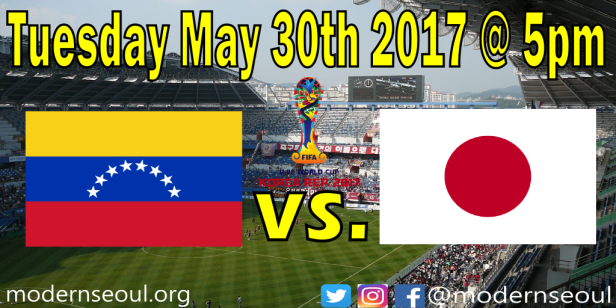 The other Tuesday Round of 16 game is between Venezuela and Japan. Venezuela were one of the more impressive nations during the group stages topping their group with a 100% record beating Germany, Mexico and hammering Vanuatu. Japan finished 3rd in Group D behind Uruguay and Italy, with their only win coming against South Africa in their opening game.

We see Venezuela winning this one and progressing to the Quarter Finals.