The final is only 8 days away and we’re entering the Quarter Finals of the 2017 u20 World Cup. The round of 16 during the week produced a couple of shock results as hosts South Korea and tournament favorites France both crashed out. Any of the final 8 could win the title, and none of them are underdogs at the point. Fingers crossed that attendances pick up a little, the United States vs. New Zealand was the only game (apart for South Korea v Portugal) to break the 5,000 mark.

Here are the details on the games on Sunday in the U20 World Cup Quarter Finals; 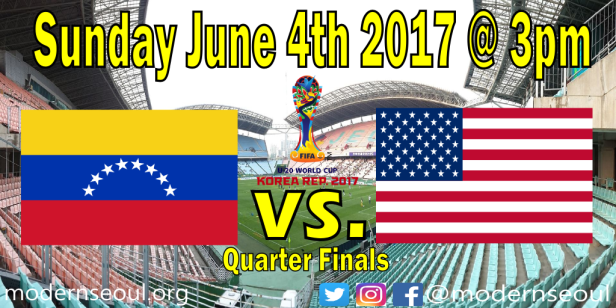 The first Quarter Final of the U20 World Cup comes from the Jeonju World Cup Stadium and is between Venezuela and the United States. Venezuela eased through the group stages winning all 3 of their games, but they needed extra time to beat Asian Champions Japan in the round of 16. The United States have been getting better game after game, they started sloppy but have tighten their defensive issues. Also as proved on Thursday evening they can score for fun, as they beat New Zealand 6-0 in the round of 16.

If the United States turn up they could win, however the short turnaround time maybe an issue and we see a fresher Venezuela taking the first spot in the Semi-Finals.

The evenings Quarter Final game on Sunday is between surprise package Portugal and one of the favorites Uruguay. Portugal shocked most people by easily beating host nation South Korea on Tuesday evening 3-1. During the group stages they looked a little disjointed but came together when it mattered. Uruguay on the other hand topped a tough group D ahead of Italy and Japan, and then beat Saudi Arabia in the Round of 16.

Overall Uruguay have been the better side, however Portugal were impressive in their last game. But we’re going for the overall package which is Uruguay.

Here are the details on the games on Monday in the U20 World Cup Quarter Finals; 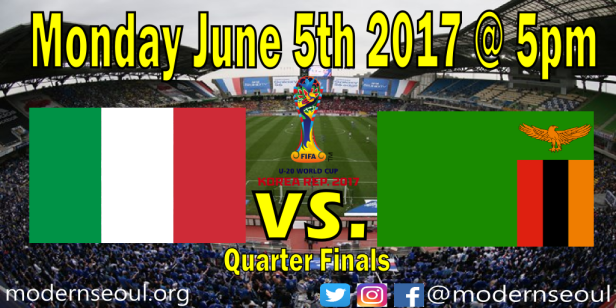 In the earlier Monday Quarter Final Italy take on Zambia in Suwon. Italy gained revenge on France for their European Final defeat to knockout one of the favorites. They were solid during the group stages, but nothing special. African Champions topped their group and are certainly the most impressive side from their continent. They beat Germany in the round of 16, but required extra time after letting the lead slip.

Tight game on paper, which could go either way. We see Italy progressing, maybe after extra time. 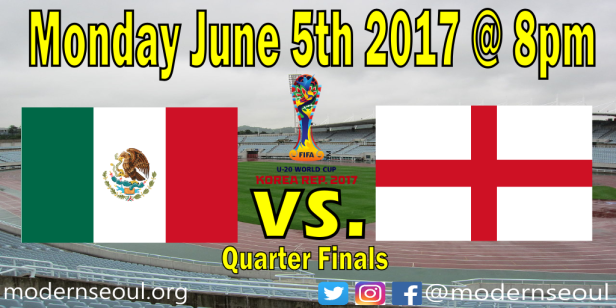 In the final Quarter Final Mexico host England at the Cheonan Stadium. Both sides have received good support during the tournament and with a national holiday the next day the turnout for this one should be solid. Mexico beat Senegal on Thursday by a late winner, they finished 2nd in their group behind Venezuela. England beat Costa Rica on Wednesday to reach this stage and looked strong in the process. They topped their group ahead of South Korea and Argentina.

England have been the more impressive side so far, but Mexico can be tough to breakdown.