UFC 212 on paper looks like a solid Brazilian PPV card. It takes place at the HSBC Arena in Rio de Janeiro, Brazil on Saturday June 3rd (morning of Sunday June 4th here in Korea). It’s headlined by a Featherweight Title between Brazilian legend Jose Aldo and interim-Champion Hawaiian Max Holloway. The co-main event is a Women’s Strawweight clash between Claudia Gadelha and Karolina Kowalkiewicz, both are in the hunt for a title rematch with Joanna.
Here are our predictions for all of the UFC 212 fights;

The prelims features a nice mix of weight classes from the boys at Middleweight (185lbs) to the Women’s Strawweight (115lbs);

Alcantra via 2nd round TKO

Chagas via 1st round Submission

Alcantara via 2nd Round Submission

Now we move onto the Main Card including the featherweight title fight;

Borrachinha via 2nd round TKO

Holloway via 2nd round TKO. 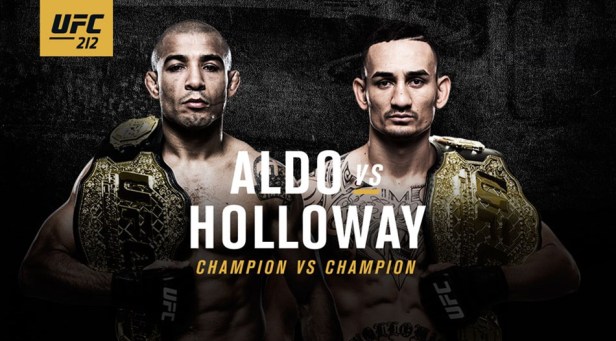 Betting Odds for UFC 212 (from Saturday);

UFC 212 will be broadcast live on SPOTV-On here in South Korea. Live Updates on Twitter @ModernSeoul

As always if you have any questions about UFC 212 and/or anything else please feel free to let us know. Either below by Email or via Twitter or Facebook.