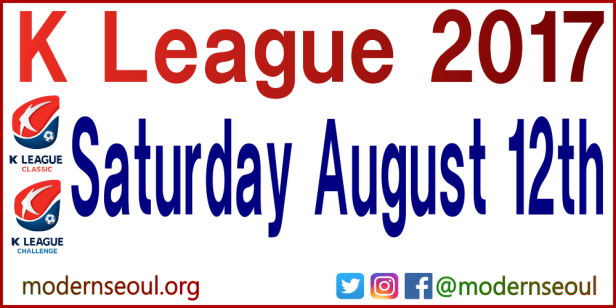 This Saturday is a true Super Saturday with both the Super Match (Suwon Bluewings v FC Seoul) and the Jeolla Derby (Jeonnam Dragons v Jeonbuk Hyundai). Both games could have an impact on the title race and both should be exciting. We also have Sangju Sangmu v Incheon United and action down in the Challenge, what a Saturday it could be. Previews and Predictions for all of Saturdays games below; 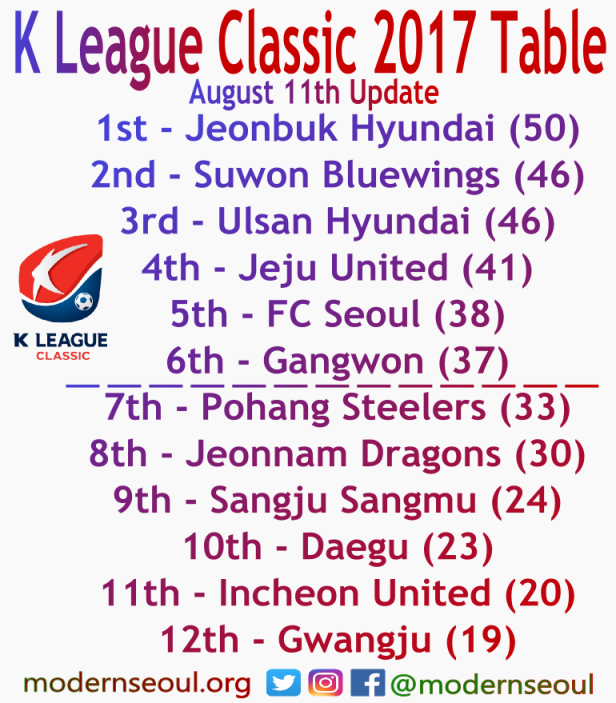 Jeonbuk Hyundai currently top the table 4 points ahead of Suwon Bluewings and Ulsan Hyundai. Jeju, Seoul and Gangwon complete a very tight top half. Pohang Steelers are 4 points behind the top 6. Jeonnam Dragons are a little behind them. Sangju Sangmu, Daegu, Incheon United and finally Gwangju complete the table and are the 4 sides deep in the relegation battle. 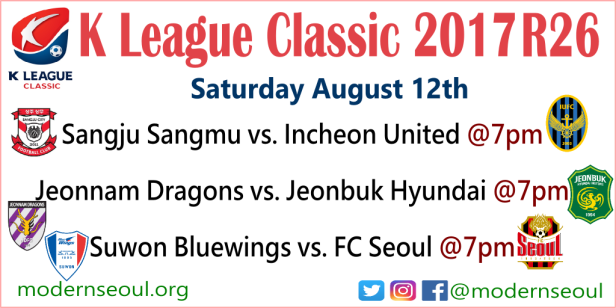 The first game of the day maybe overshadowed by the bigger games at the same time. Sangju Sangmu host Incheon Unite in this one. Sangju Sangmu have lost 6 games in a row in the league, plus they lost in the cup during the week to Ulsan Hyundai. Incheon United have only 3 wins all season, and have a tendency to draw games 3 of their last 5 for example.
Prediction:  0 – 1
Both sides are in need of a win, and we see Incheon claiming an away double over Sangju.

The second game of the day is the 44th Jeolla Derby between Jeonnam Dragons and Jeonbuk Hyundai. Jeonnam Dragons have 7 points from their last 5 league games and lost to Challenge side Busan in the cup during the week. This highlights their inconsistent recent form. Jeonbuk Hyundai lost for only the 3rd time this season last weekend falling 1-0 to Ulsan. Prior to that they’d won 4 games on the bounce.
Prediction:  1 – 2
Jeonbuk will be favorites to win, but you never know when it comes to derby games.

The the final game on Saturday is the always interesting Super Match between Suwon Bluewings and FC Seoul. Suwon Bluewings have won 4 of their last 5 games in the league, and required extra time to beat Gwangju in the FA Cup during the week. FC Seoul have 3 wins from their last 5 games with their only recent defeat being against league leaders Jeonbuk Hyundai. So both sides are in-form.
Prediction:  2 – 2
Both are strong going forward but sloppy at the back. So we goals maybe cards and overall a draw. 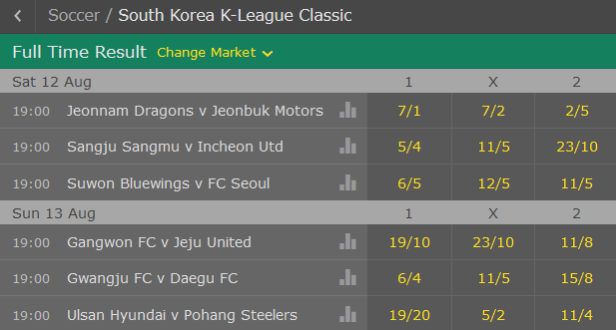 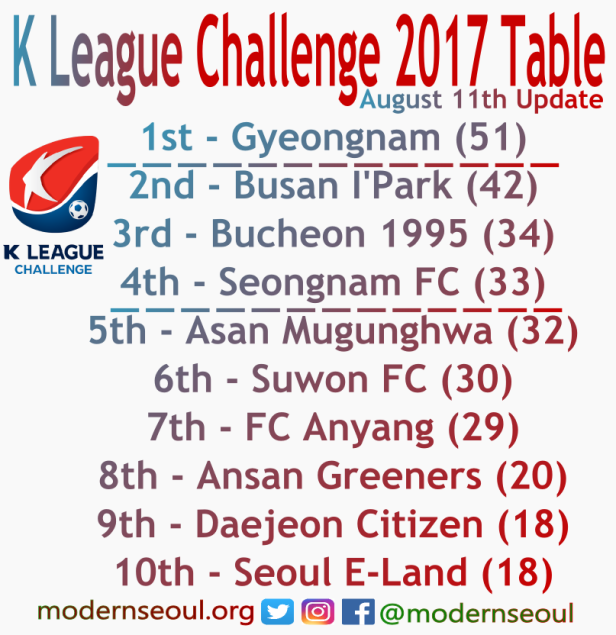 The league table at this point has Gyeongnam topping the table 9 points clear, followed by Busan I’Park. The an 8 point gap to Bucheon 1995 and now Seongnam FC who currently fill the other playoff places. Asan Mugunghwa, Suwon and FC Anyang are close behind. Then there’s a gap to Ansan, Daejeon and now Seoul E-Land who fell to the bottom last weekend. 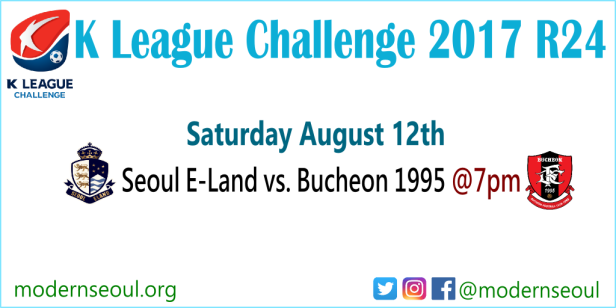 Here are predictions for this Saturday’s K League Challenge game:

Prediction: 1 – 2
Bucheon 1995 will be favorites to overcome bottom of the league Seoul E-Land, despite Seoul being stronger at home.