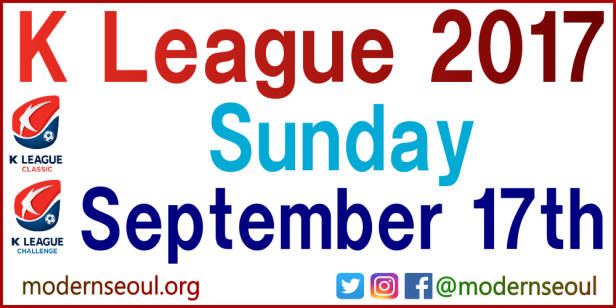 The K League Classic continues on Sunday afternoon with 3 key games. There are only 5 games until the league splits in two. The standout game on Sunday is the Gyeongin derby between Incheon United and FC Seoul. Previews and Predictions for all of Sundays games below; 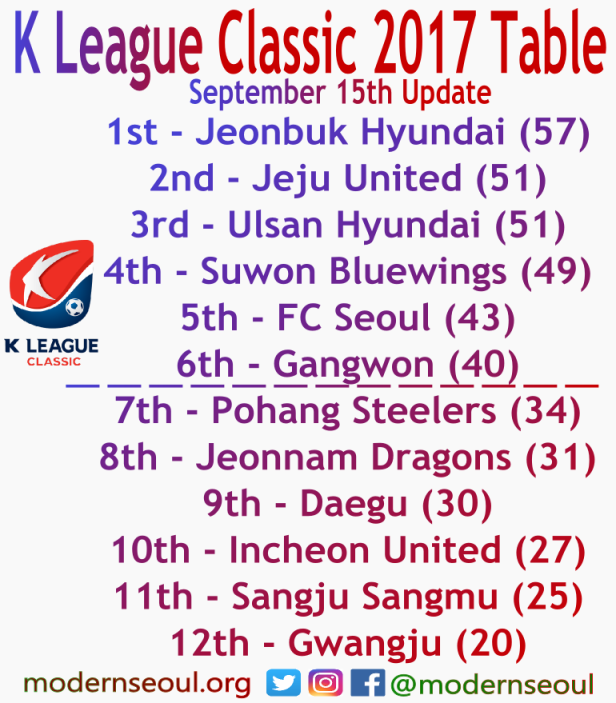 Jeonbuk Hyundai currently top the table 6 points ahead of Jeju United. Ulsan Hyundai are currently in the final Champions League spot. Suwon Bluewings, Seoul and Gangwon complete the top half. Pohang Steelers are 6 points behind the top 6. Jeonnam Dragons are 3 points behind them. Daegu, Incheon United, Sangju Sangmu and finally Gwangju complete the table and are 5 points adrift. 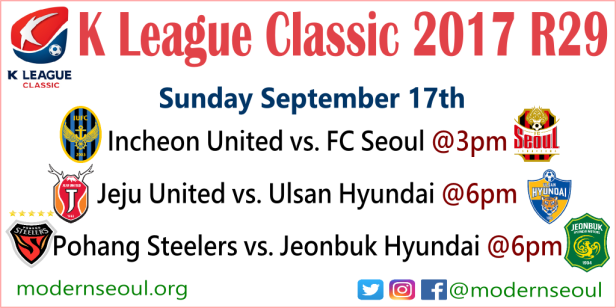 The early game on Sunday afternoon is the 44th Gyeongin derby between Incheon United and FC Seoul. Over the years Seoul have the better record with 23wins over Incheons 8. Previously this season Seoul have won both of the clash between this sides (3-0 & 5-1). Recently Incheon United have improved form wise, picking up 8 points from their last 4 games. Seoul have won 2 and drawn 3 of their last 5.
Prediction:  1 – 2
Derby matches are always competitive. We see Seoul coming out on top over Incheon, but it will be a close game.

The second game of the day and first of the evening kick offs is top of the table clash between 2nd placed Jeju United and 3rd placed Ulsan Hyundai. Jeju United have picked up 11 points from their last 5 games, including a point from a dull 0-0 draw with Seoul last weekend. Ulsan have 9 points from their last 5 games including 3 draws. They won last weekend beating Sangju Sangmu 4-2.
Prediction:  1 – 1
We’re siding with a draw, both sides are on form and difficult to beat.

The final game of the day comes from the steelyard and is between 7th placed Pohang Steelers and league leaders Jeonbuk Hyundai. Jeonbuk have looked impressive once again this season and are currently 6 points clear at the top. Last weekend they beat Gangwon 4-3. Pohang Steelers still have a chance of making the top half but haven’t won in 4 games and lost late weekend 2-1 at home at Daegu.
Prediction:  0 – 2
We see Jeonbuk having the edge here and taking all 3 points home. 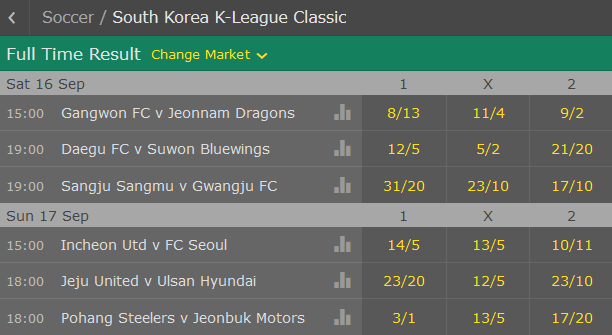 Sunday evening also features two games from the K League Challenge. A mid-table clash between Anyang and Asan looks to be the standout game. 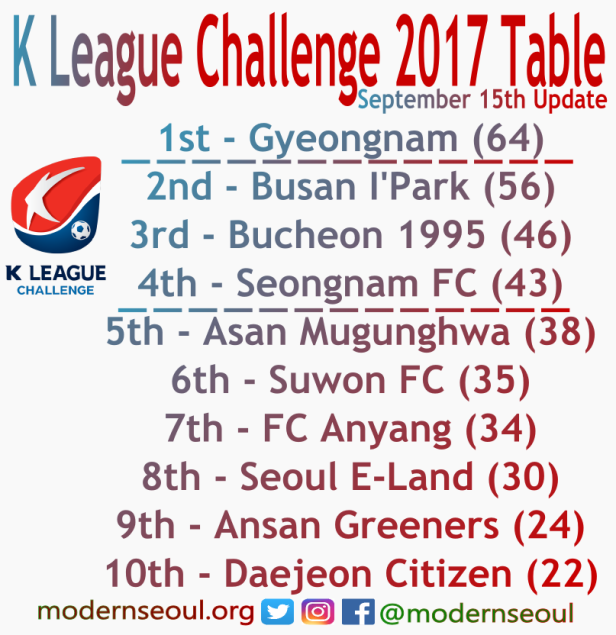 The league table at this point has Gyeongnam topping the table now 8 points clear, followed by Busan I’Park. Then there is a 10 point gap to Bucheon 1995 and Seongnam FC who currently fill the other playoff places. Asan Mugunghwa, Suwon and FC Anyang are a little behind. Then there’s a small gap to Seoul E-Land. Then we have Ansan Greeners and Daejeon Citizen who look too far away from the playoff places now. 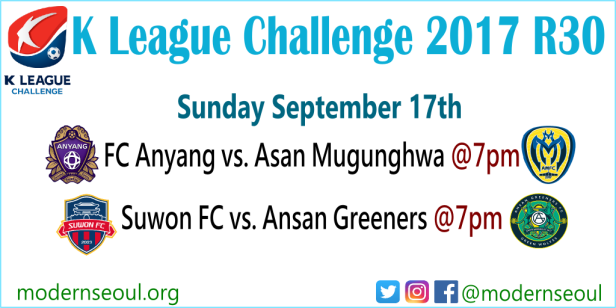 Here are predictions for this Sunday’s K League Challenge games:

Prediction: 1 – 0
Anyang will be favorites as Asan have lost 4 in a row including defeat to bottom side Daejeon.

Prediction: 2 – 1
Suwon FC should have the slight edge in this one.