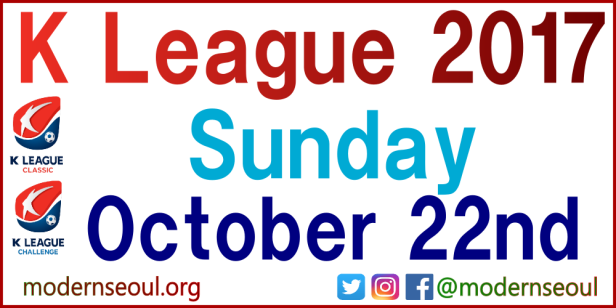 The K League Classic continues it’s post-split end faze of the 2017 season with the top 6 going for Championship Gold, whilst the bottom 6 try to avoid relegation. This Sunday features a number of interesting games, with the standout game being the 3rd v 2nd clash between Ulsan and Jeju. Previews and Predictions for all of Saturdays games below; 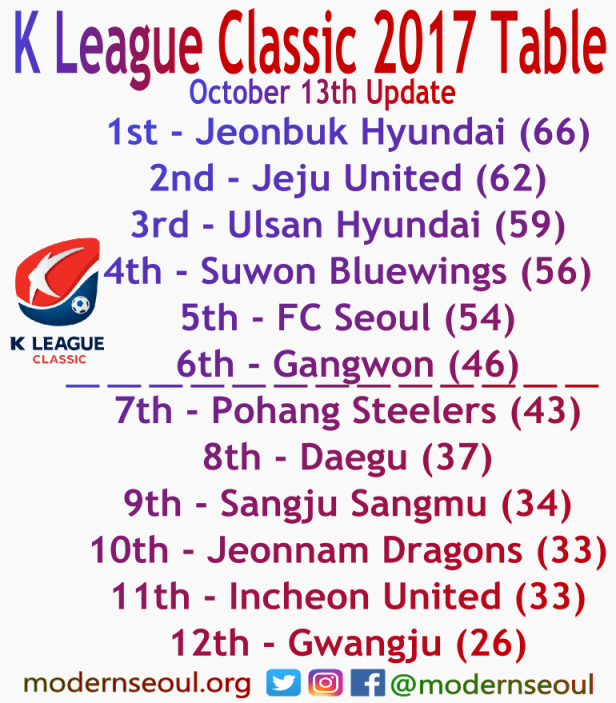 Pohang Steelers are 6 points clear at the top of the relegation round (aka bottom 6). Daegu are a little ahead of the rest. Sangju, Jeonnam and Incheon are separated by a point in the battle to avoid the relegation playoff. Finally Gwangju complete the table and are 7 points adrift and still favorites to go down. 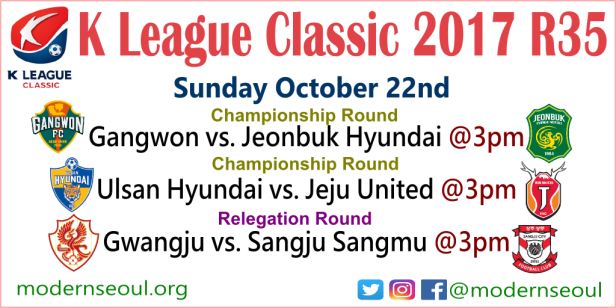 Prediction:  0 – 2
An important game for Jeonbuk to win in order to maintain their lead at the top of the table. Gangwon haven’t beaten Jeonbuk since 2010 and never at home, so we’re siding with Jeonbuk.

Prediction:  1 – 1
3rd vs. 2nd here in what is an important game in the title race. Ulsan have only beaten bottom 6 sides over the past month or so, whilst Jeju have 11 points from their last 6 games. Even on paper and therefore we see it ending in a draw (maybe with Jeju dominating).

Prediction:  2 – 1
Gwangju haven’t lost in 4 games and looked impressive last weekend, whilst Sangju Sangmu are a little unpredictable away from home. Therefore we’re siding with Gwangju to pick up the narrow win.

Sunday afternoon also features two games from the K League Challenge. There now are only 2 rounds until the end of the 2017 regular season and Gyeongnam have already claimed the title. However playoff hopefuls Seongnam have a key game against Daejeon on Sunday. 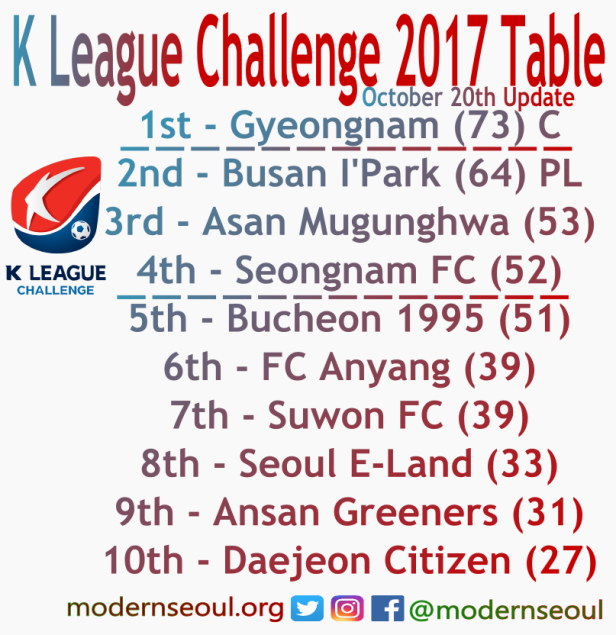 The league table with 2 games to play has Gyeongnam topping the table now crowned champions, followed by Busan I’Park who are in the playoffs. Then there is an 11 point gap to Asan Mugunghwa and Seongnam FC who currently fill the other playoff places. Bucheon 1995 are a single point outside in 5th. Then there’s a gap to Suwon FC and FC Anyang who both are out of the playoff running now. Seoul E-Land, Ansan Greeners and Daejeon Citizen are all thinking about 2018 now. 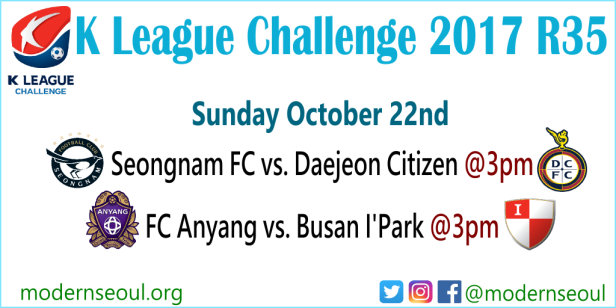 Here are predictions for this Sunday’s K League Challenge games:

Prediction: 2 – 0
Seongnam will be favorites to claim the 3-points here and keep their playoff spot heading into the final round of the season.

Prediction: 1 – 1
Busan may rest a few players ahead of their playoff campaign starting in a few weeks time.