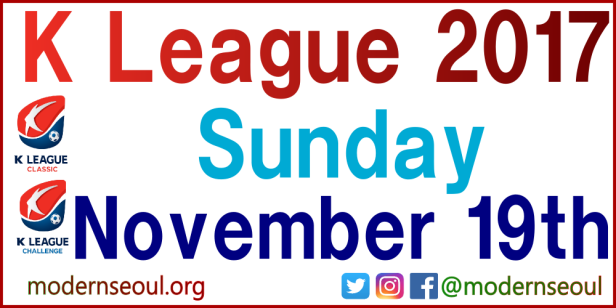 The K League Classic season comes to a close on Sunday Afternoon, with the final champions league spot the only prize on offer. Jeonbuk Hyundai have won the league whilst Jeju United have secured 2nd place. Suwon Bluewings, Ulsan Hyundai and maybe FC Seoul still have a shot at that final spot. All 3 games could have an impact, but Suwon have the edge and need a win to maintain 3rd. 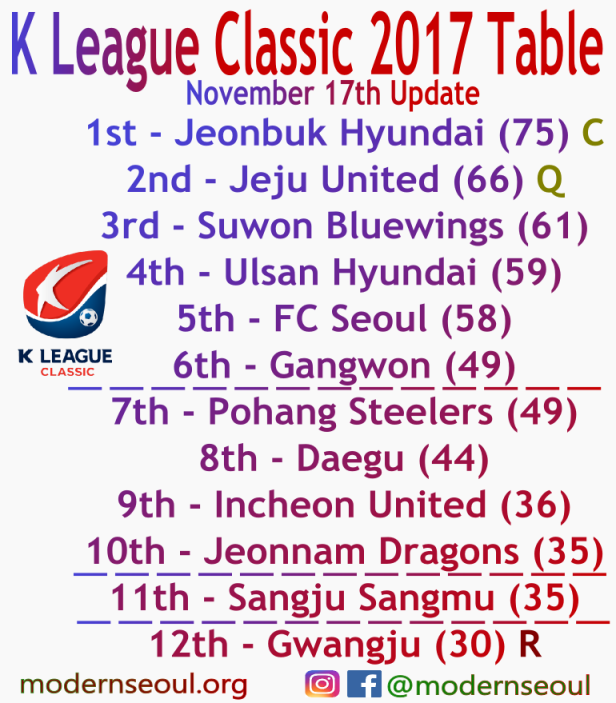 Top Half: Jeonbuk Hyundai are currently top the table 9 points and champions. In the champions league spots are Jeju United and Suwon Bluewings. Ulsan Hyundai and FC Seoul are a little behind them. Finally Gangwon complete the top half.

Bottom Half: Pohang Steelers and Daegu are both safe for another season. Incheon, Jeonnam and Sangju are separated by a point in the battle to avoid the relegation playoff. Finally Gwangju complete the table 5 points adrift and relegated.

Prediction:  3 – 1
Final day of a long season for both sides, Jeju are safe in 2nd and poor away. FC Seoul are solid at home and need the win, and we see them getting it.

Prediction:  1 – 1
Suwon should be ok with only a draw and Jeonbuk will want to finish the season strongly in front of their fans. We see it ending 1-1 and Suwon claiming that 3rd Asian Champions League spot.

Prediction:  1 – 1
Ulsan have lost 4 games on the bounce and might be saving a little energy for the upcoming FA Cup final, Gangwon have been solid in Chuncheon and therefore we see this ending in a draw.

This weekend Busan I’Park face Asan Mugunghwa in the playoff final, the winner will progress to the 2 legged Promotion/Relegation Playoff final. 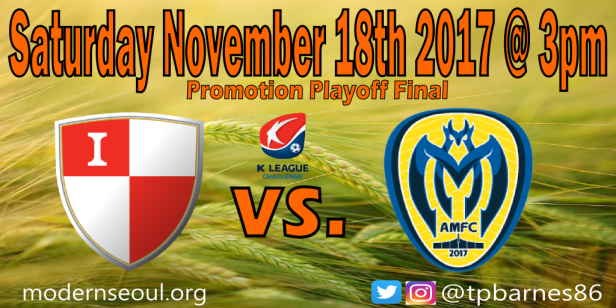 Asan Mugunghwa beat Seongnam FC 1-0 on a cold Wednesday evening to reach the final on Saturday. 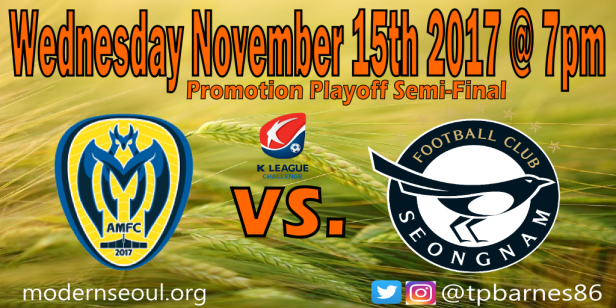