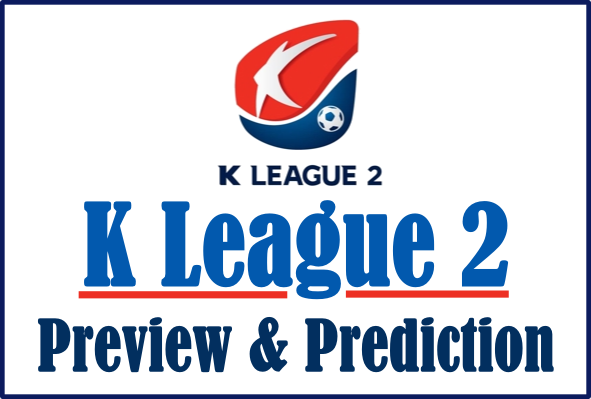 The K League 2 (formerly known as the K League Challenge) is the second tier of professional football in South Korea. This coming 2018 season will be the sixth since the leagues creation and it’s already shaping up to be the closest.

Briefly to explain the K League 2 sits below the K League 1 (formerly the K League Classic) and has 1 automatic promotion spot as well as 3 playoff places. Currently there are is no relegation from the league. 10 sides in compete in the 2018 season, the same as last year.
The only change from last season is that Gyeongnam were promoted as champions and Gwangju were relegated from the K League Classic. 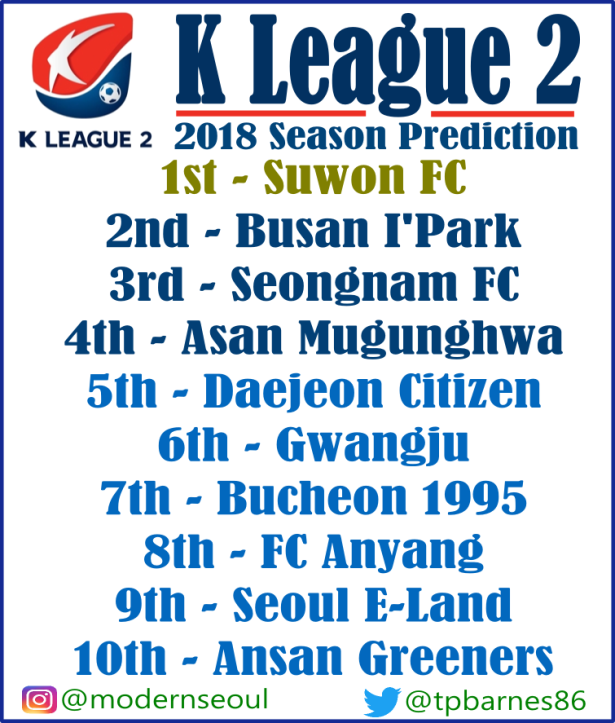 The title race is going to be close this season but we see it going to Suwon FC. The playoff spots have gone to Busan I’Park, Seongnam FC and Asan Mugunghwa. Then its Daejeon Citizen, Gwangju and Bucheon 1995 who make up the mid-table. Finally we have FC Anyang, Seoul E-Land and finally Ansan Greeners.

This is a more general preview it’s still a little early to talk about things on a club-by-club basis.

The above prediction is more difficult than it’s been in many years and for positive reasons, as the K League 2 sides this season are much stronger than they used to be. These aren’t teams made up of National League and former University players put together over a few weeks of pre-season training. They are much more professional and these days have bigger budgets. The level of support as also grown with every team averaging easily over 1,000 a game and the leagues average improved to 2,300+ last season.

Moving onto the league and you have 6 sides that will easily be putting together playoff bids and the other 4 won’t be far off the pace. Suwon FC will start the season as favorites with Busan, Seongnam, Asan, Daejeon & Gwangju all pushing them for both the title and playoff places. Because of this a poor start will mean that it will be playoffs at best.

Then we come to the other 4 sides Bucheon, Anyang, Seoul E-Land and Ansan. None of them are out of the playoff (maybe even the title) running but sadly a lack of squad depth and general funding might make it difficult. Also they are in a super competitive league.

Overall the K League 2 might be more interesting this season than previous year and even over the K League 1.

Key Links for the K League 2

Here are a few useful links for getting the most from the K League 2 this coming season;

Tavern of the Taeguk Warriors