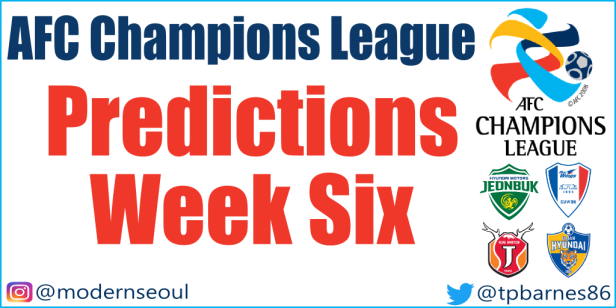 The AFC Champions League Group Stages have all come down to this 6th and final week of action. Some teams have already booked knockout stage places, whilst others are either out or leaving it until this final day. Here are details on week 6 of the ACL2018;

Reminder that this season I’m taking a long streamlined approach to the ACL due to other commitments and therefore focuses just on Predictions, and only for games including K League sides. However I’ll take and like previews for other sites when possible. 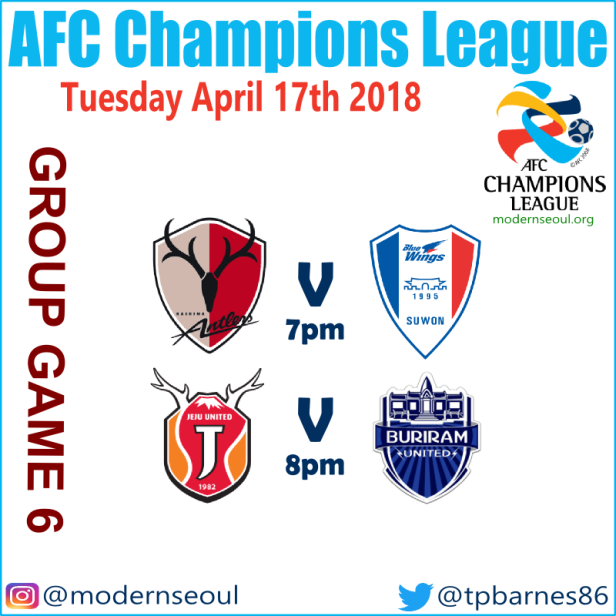 I see this one ending in a draw. This is a interesting game as both sides need a win to secure a place in the last 16, however a draw will be enough for Kashima and could be enough for Suwon if Sydney fail to win. So overall I see a draw, either 1-1 or 0-0.

I’ve given Jeju the slight edge here based on their improved league performances over the past couple of weeks. They are already out of the ACL having only 3 points from 5 games, but I see them springing a slight surprise and edging this one. 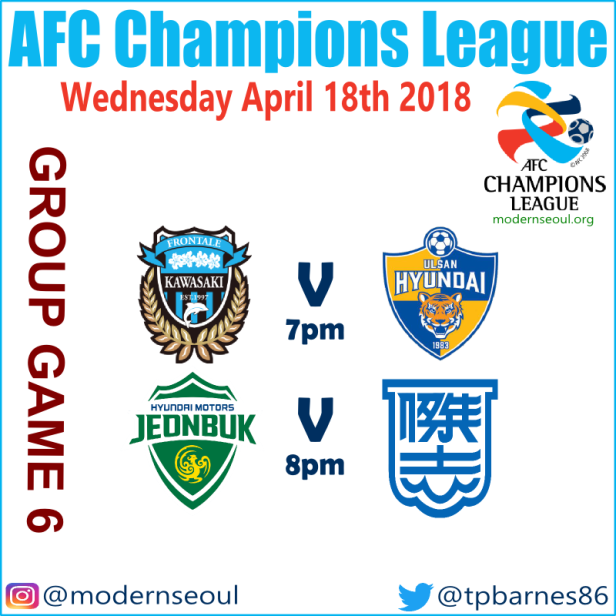 Heading into this game Kawasaki are already out, whilst Ulsan have already booked their spot in the knockout stages. Therefore this isn’t going to be a classic with both sides maybe fielding weakened sides and focusing on their league seasons. Overall I’ve sided with a draw.

I think Jeonbuk will go from the win here, they have already booked a place in the final 16 but at home against Kitchee they’ll have the edge. Kitchee have won once during the ACL group stage campaign and might find some luck in this final game, but Jeonbuk will be too strong.