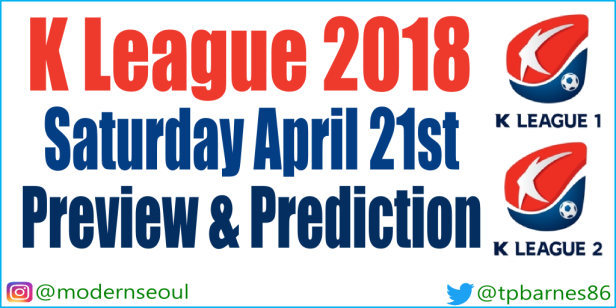 The K League continues on Saturday with the 8th round of the 2018 season. The highlight game on Saturday is between 2 struggling sides FC Seoul and Daegu.
Previews and Predictions below; 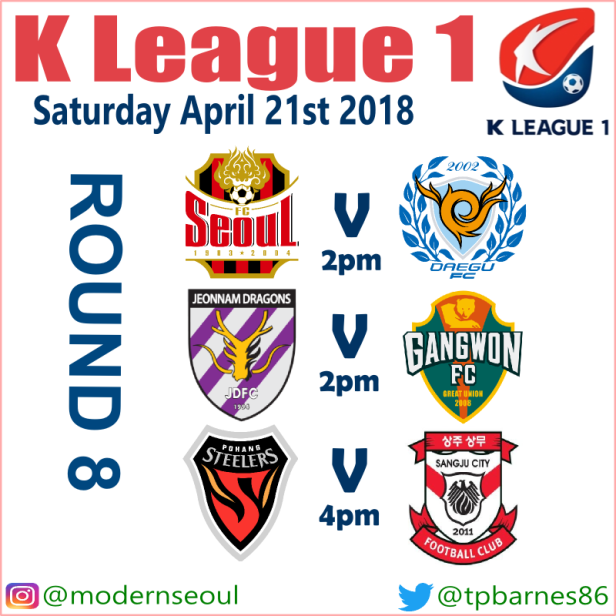 There are 3 games in the K League 1 this Saturday;

The first game of the day comes from the Seoul World Cup Stadium and it between 10th placed FC Seoul and 11th placed Daegu. FC Seoul fell to another defeat last weekend against Ulsan, but did pick up their first win of the 2018 season just before that. They are really lacking a goalscorer at the moment. Daegu haven’t done any better and are also on 6 points with their first win coming last weekend against struggling Gangwon. This won’t be a pretty game, but I’ve give Seoul the edge mainly due to the fact they’re at home.

The second game of the day features bottom side Jeonnam Dragons and out of form Gangwon FC. Jeonnam Dragons haven’t won since the opening day of the season when they shocked Suwon Bluewings. Gangwon on the other hand have picked up 3 wins, but have slumped to 4 straight defeats. So something here has to give, and I see it being Gangwon bouncing back and claiming the 3 points. 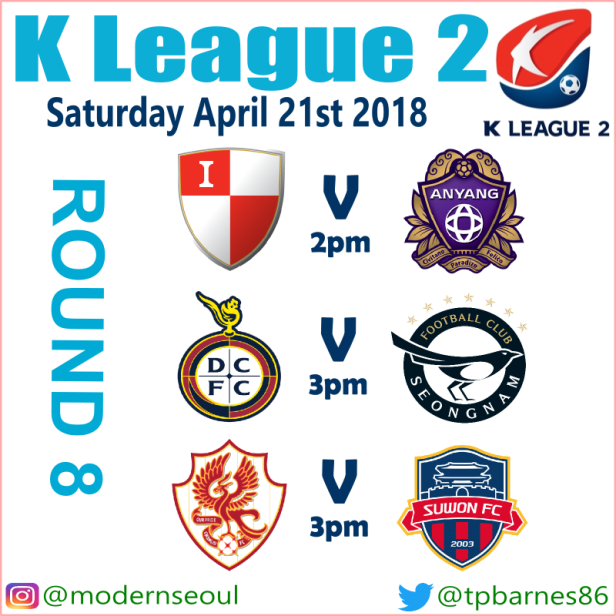