The World Cup is now only hours away and the group stages look interesting and wide open this year. The opening game is between Russia & Saudi Arabia on Friday (or super late Thursday) here in Korea. With 3 more games taking place Friday evening and early Saturday morning. Here are my predictions for the opening 2 days (4 games) of action.

Before we start, here is our Wallchart for all of the group stage games with Korea Standard Kick Off Times (KST) CLICK HERE 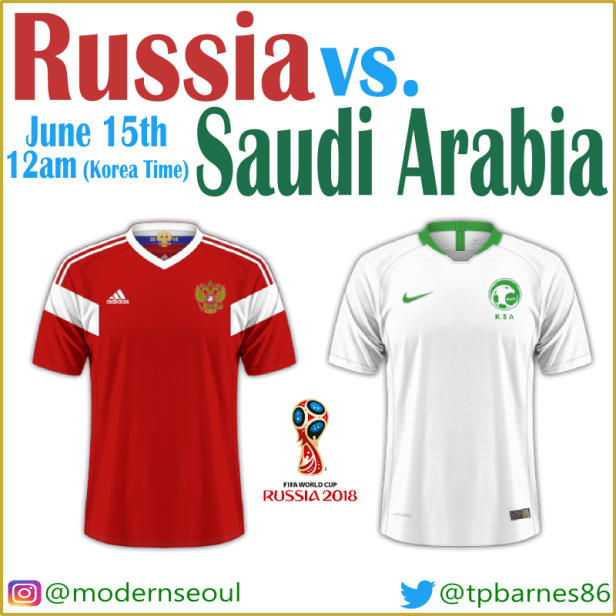 The hosts will be favorites to start their world cup campaign off with a victory in front of their own fans. However I see Saudi Arabia at least making it interesting and scoring. 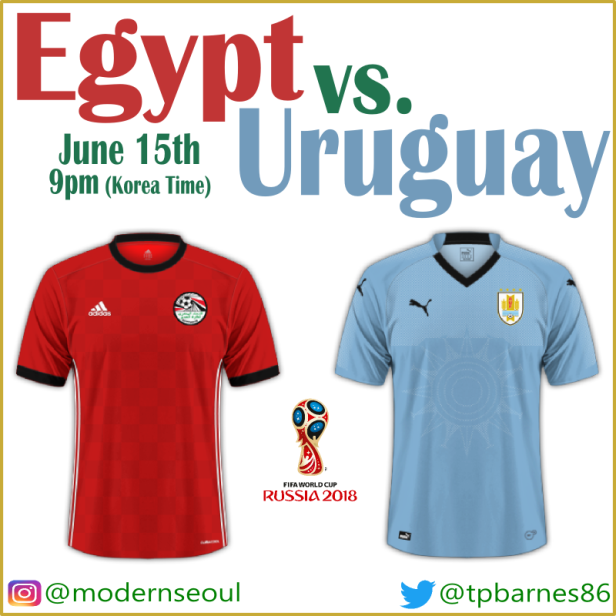 On paper at least the South Americans should have the edge in this one. The big question is whether or not a certain Liverpool player will play for the North Africans Egypt.

A big game for both sides when you look at the two European giants also in this group. My head says Iran, but my heart says Morocco…so a draw overall.

Group B – Saturday 3am (Korea Time)

Spain come into this world cup as one of the front runners, but a local derby against Portugal is a tough opener. I see this being a goal fest, with Spain nicking the win at the death. Ronaldo could be key for Portugal in this one.