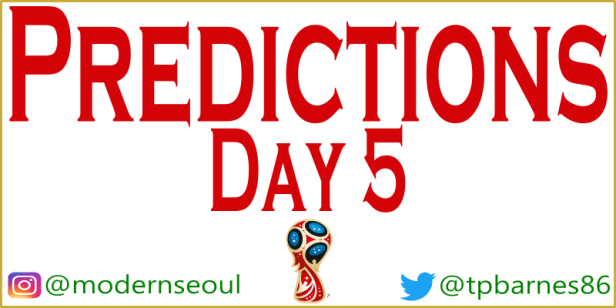 Day 5 at the 2018 World Cup is a big day as both South Korea and England are in action. South Korea start their campaign against Sweden, whilst England take on Tunisia. Plus we also have Panama vs. Belguim. Brief previews and Predictions here;

Before we start, once again here is our Wallchart for all of the group stage games with Korea Standard Kick Off Times (KST) CLICK HERE

Overall both of these sides are underdogs in this competition and will be very happy just to progress to the knockout stages. Korea have been poor recently in their friendlies, however they are generally strong in tournament football. Sweden on paper should have the slight edge, but I’m still going with a draw.

For many members of the Belguim squad this maybe their last realistic shot at making a  run at the cup. Some strong new players are coming in, but they aren’t maybe as exciting at previous years. Panama will be a tough game, they play with a lot of heart. But I doubt that will be enough on the night. 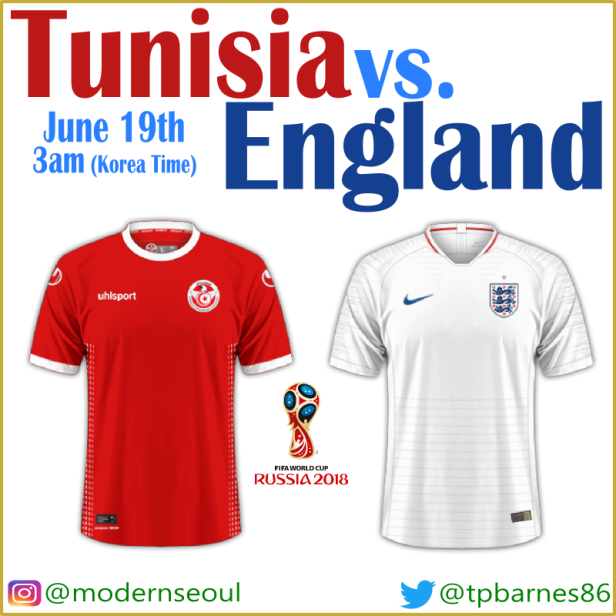 The late game (or early morning game if you’re in Korea) is also the beginning of the world cup dream for England. Always well supported but this maybe 1 world cup to soon. Tunisia are back in the cup, but are maybe the weakest of the African Nations. I see England easing to a 2 goal victory in this one.