The World Cup Round of 16 continues on Monday evening with two more interesting games. Brazil take on Mexico, whilst Belgium face Japan. Mexico and Japan are the only sides remaining from North America and Asia, so they’re playing for their confederations as well as themselves.
Predictions below; 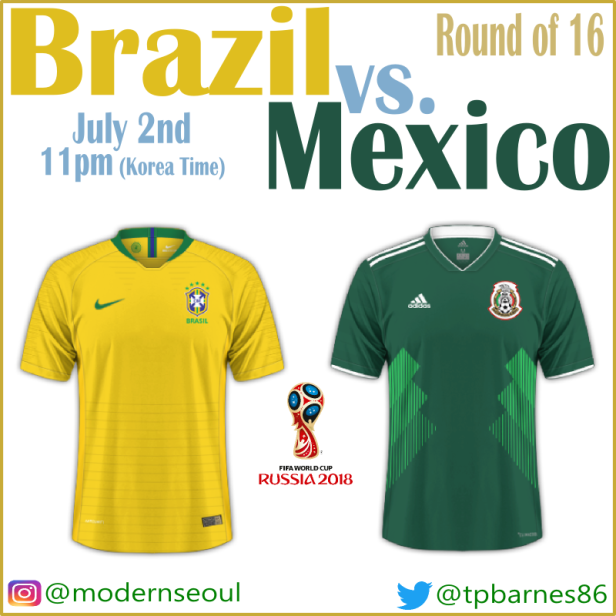 The first game of the evening is between record World Cup winners Brazil and future hosts Mexico. Brazil played well during the group stages without giving too much away. They drew the opening game v Switzerland, before beating Serbia and Costa Rica to top their group. Mexico shocked Germany in their opening game before beating South Korea 2-1. They lost their final game, but progressed as runners-up.
Brazil will be favorites to win this one as Mexico have been a little inconsistent so far.

The second game of the day is between one of the favorites Belgium and the only remaining Asian nation Japan. Belgium won all 3 of their group stages games, including a 1-0 win over 1966 champions England. But sadly that game won’t go down in history. Japan progressed on fair play rating having the same points, GD, GS, GA and level head to head record with Senegal. They won their opening game against Colombia but haven’t looked comfortable since.
Overall Belgium should have enough to win this one and setup a possible Quarter Final vs. Brazil.