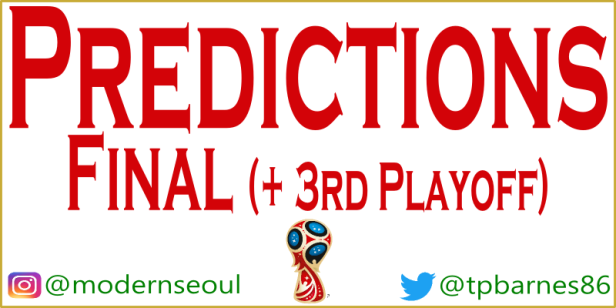 The road ends here and the World Champions will be crowded this weekend. Either France or surprise package Croatia will take home the trophy and become the team to beat for at least the next 4 years. We also have the third place playoff on Saturday between England and Belgium.
Predictions below; 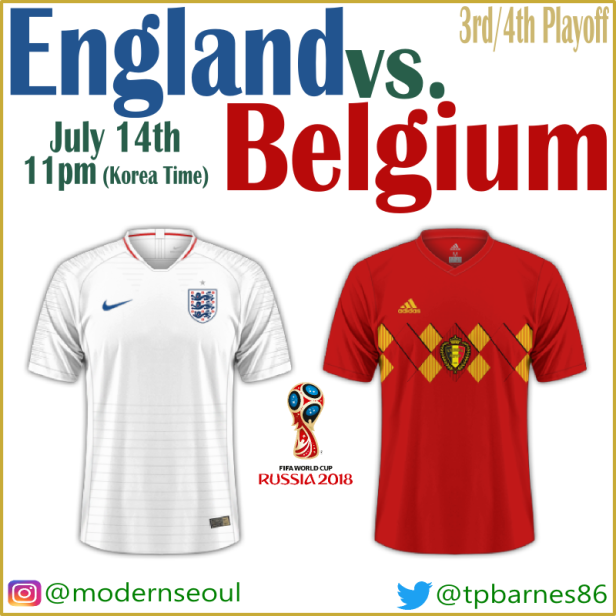 This is the game used almost to build up the final and is purely for bragging rights. England finished below Belgium during the group stages, then beat Colombia and Sweden before sadly losing to Croatia. Belgium beat Japan and Brazil, before losing to France. During the group stages both nations fielded rotated sides and Belgium won 1-0.
I’ve gone with England, as I feel like they have more to gain from winning this one. But it could easily end 1-0 to Belgium.

It all comes down to this, the 2018 World Cup Final. France have been excellent for nearly the whole tournament, topping their group before beating Argentina, Uruguay and Belgium on-route to the final. Croatia also topped their group, but required penalties to beat both Denmark and Russia. Before beating England narrowly after extra time.
Of course this is the final and therefore either nation could win, but personally I see France having the edge.