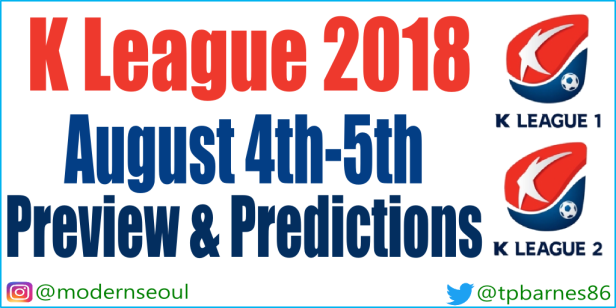 The summer heatwave continues, but that hasn’t stopped the K League action recently. The highlight games this games are Incheon United v Pohang Steelers on Saturday, with both sides pushing continue strong runs of form. On Sunday the highlight game is at the top of the table between league leaders Jeonbuk Hyundai and Gyeongnam FC.

Predictions are below (K League 2 below that), sorry no previews at the moment due to other commitments;

This weekend all K League 1 and K League 2 games will kick off at 8pm due to the current heatwave here in South Korea. 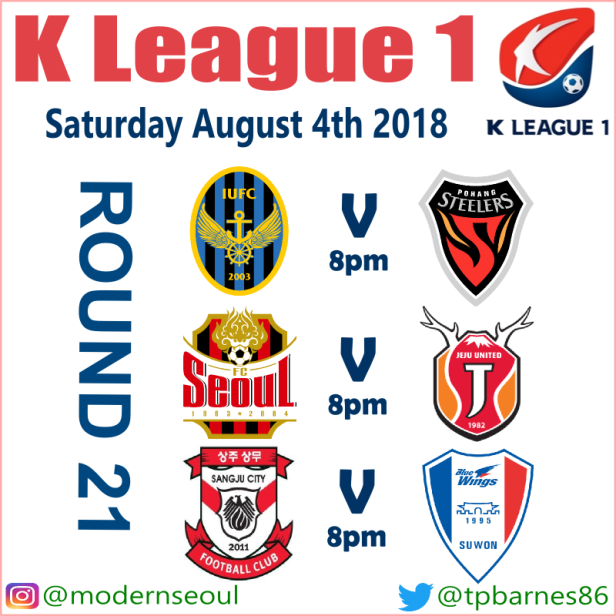 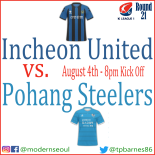 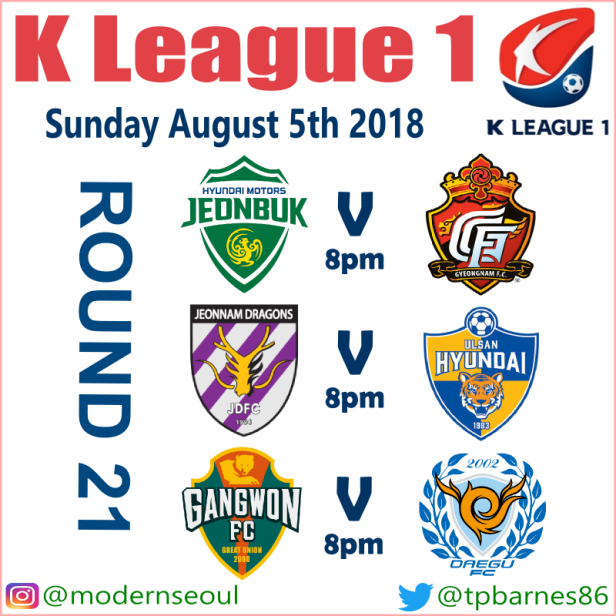 The K League 2 continues this weekend with it’s 22nd round of the 2018 season. No Monday Games this weekend. The highlight game is on Sunday between Asan and Busan, with possible implications to the seconds tiers title picture.
Predictions below;

Again like with the K League 1 games, all K League 2 games will kick off at 8pm due to the current heatwave here in South Korea. 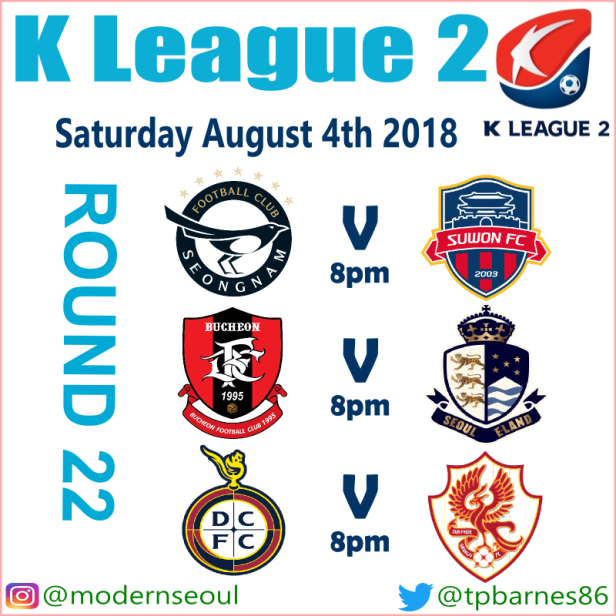 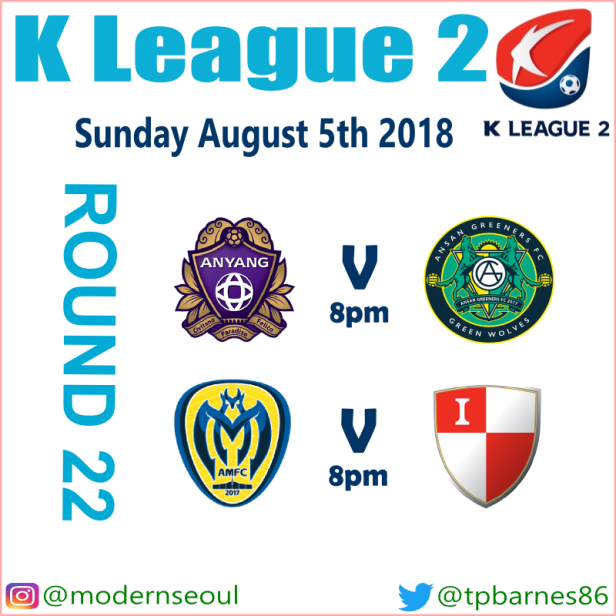