Today we’re going to have a quick look at one of the most popular and produced Rice Wines (Makkoli / Makgeolli) in South Korea “Jangsu Seoul Makkoli (장수 서울 막걸리)”. It’s considered by many to the go to Makkoli, but why?

Before we discuss the pros and cons it’s worth noting that there are two different bottle types, a green lid and a white lid. According to this Korea Blog (LINK) the white lid is produced with Korea Rice, whilst the Green in made at least partly with imported goods. I’m not sure if it makes any difference to the taste or even price, but if you want a 100% Korean product go for the white lid.

Thoughts;
Basic Facts: 750ml / 6% Alcohol / Rice base
+ It’s cheap at normally around 1000원 a 750ml bottle.
+ It’s widely available across Korea, at most supermarkets, convenience stores and restaurants.
+ The taste of Seoul Makkoli is pretty mild and smooth, a good starting point for getting into the world of Korean Rice Wine.
+ 장수 = Longevity; which is a good selling point if true 🙂
– It’s a little plain, some might find it lacking.
– It’s mass produced and therefore lacks a little character and can lead to a heavier hungover (but rarely).

Overall you can’t go far wrong with Jangsu Seoul Makkoli. It’s easy to find, cheap and present to drink. It might not be the gold standard, but at 1000원 you can’t expect it to be. 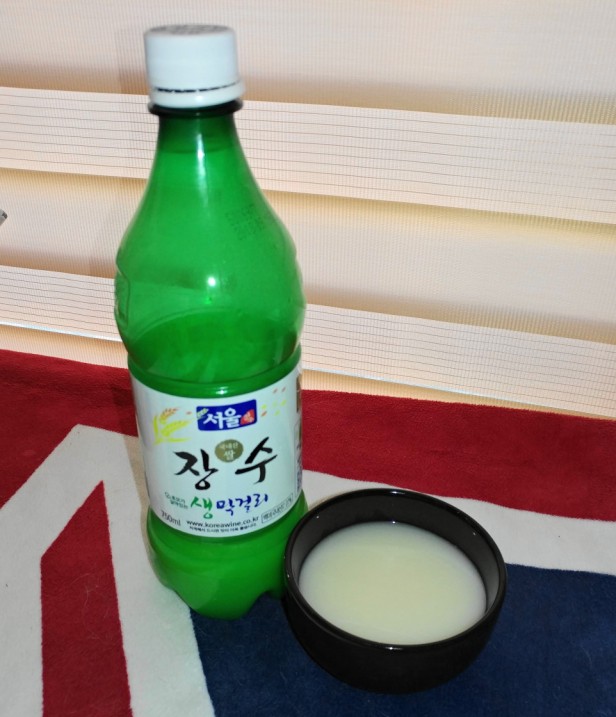 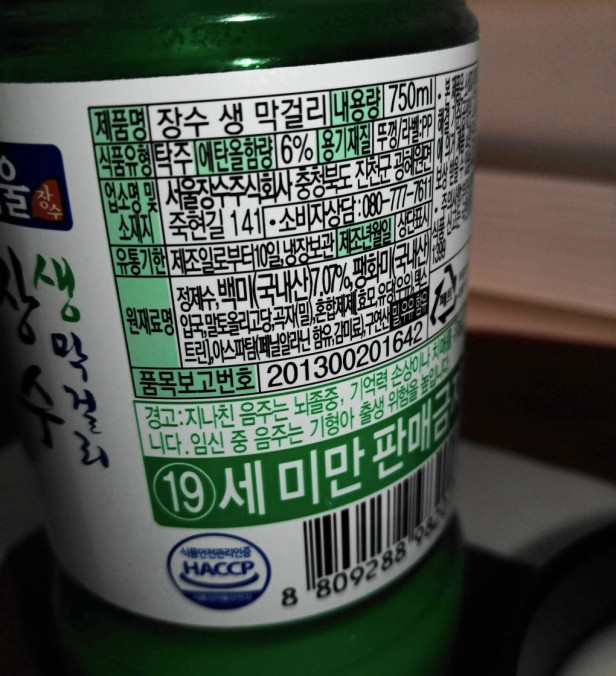