This is the final round of the K League 1 season and most eyes will be on the bottom half of the table as the battle to avoid the playoffs goes into the final round of the season. At the top Jeonbuk have won the league with Gyeongnam confirmed 2nd and Ulsan Hyundai 3rd. Pohang Steelers are in 4th. Whilst at the bottom Jeonnam Dragons were relegated last Saturday, but FC Seoul, Incheon United and Sangju Sangmu can all still finish in the one playoff spot.

The highlight game this weekend is at the bottom, with Sangju Sangmu hosting FC Seoul. If Sangju win they’ll leapfrog Seoul and maybe Incheon in the table, but a draw on defeat will doom them to the playoff. Incheon United face Jeonnam Dragons in the other big game, knowing that a draw or win will do. Jeonnam will be playing for pride.

For the time being K League coverage will still be a little reduced. Predictions are below;

The K League 2 main league season is over. Asan Mugunghwa won the league, but will not complete next season and therefore their promotion place goes to Seongnam FC. 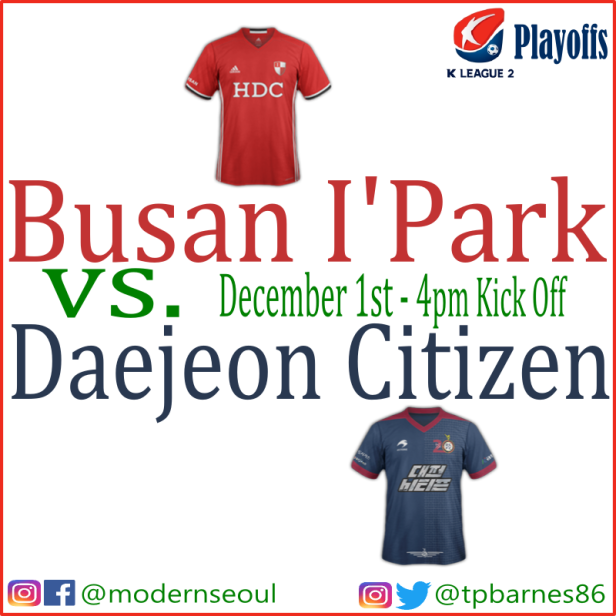 This weekends featured game is between Incheon United and Jeonnam Dragons on Saturday afternoon, updates via Twitter. 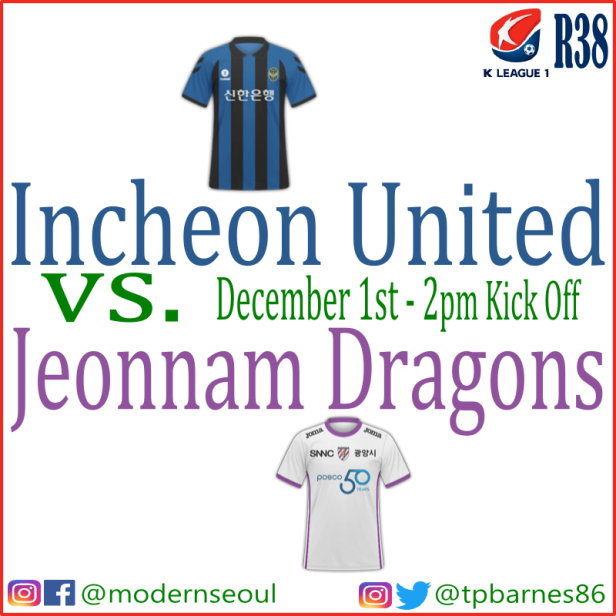