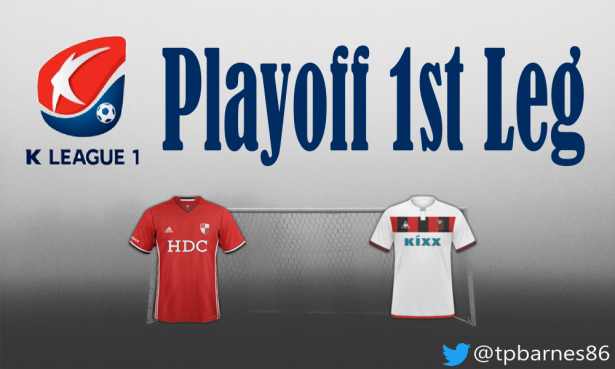 This is maybe the biggest promotion/relegation playoff since it’s introduction into the K League a few years ago. Busan I’Park take on K League giants and winner just a couple of years ago FC Seoul. This is a big game, and could result in changes to the league structure if Seoul go down. Here is a quick preview and prediction for the 1st leg;

The first leg is often close, Busan come into this game riding an average period of league form winning two but also drawing two and losing one of their final five league games. They did however look impressive beating Daejeon Citizen in the Playoff Semi-Final on Saturday afternoon. FC Seoul have had an awful season, poor signing and poor form resulted in them finishing 11th and entering this playoff. They lost their last two games against Incheon United and Sangju Sangmu dooming them into this difficult position.

So I see this being a close game on a possibly cold evening down in the South East Coast City. I see Busan take a narrow lead into the second leg winning this game and giving Seoul a lot of work to do. The game might not be a classic.