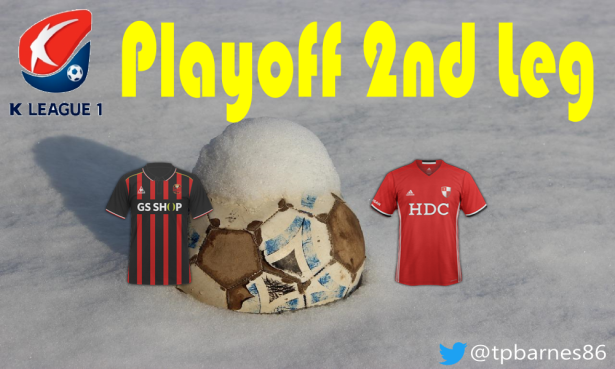 This still could be the biggest promotion/relegation playoff since it’s introduction into the K League a few years ago. FC Seoul hold a big 3-1 lead over Busan I’Park heading into this second leg, however there are still ninety minutes to play and anything could happen. Here is a quick preview and prediction for the 2nd leg; 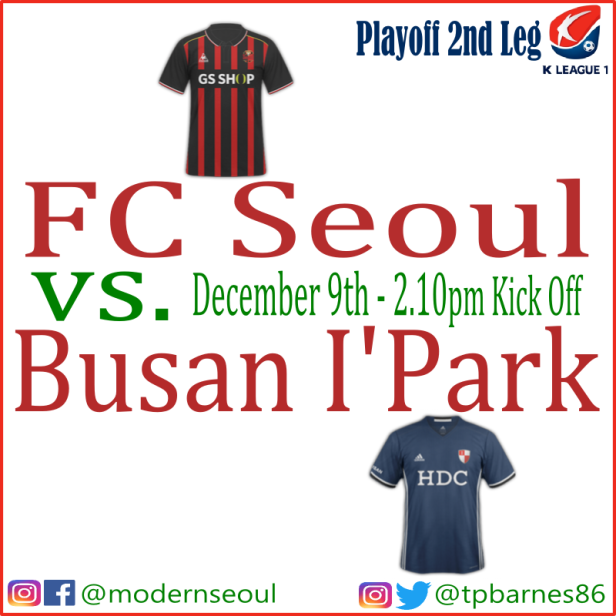 The first leg proved to be an exiting game for the naturals but not for Busan. They took the lead and were looking strong until a red card late in the first half opened the door for a Seoul recovery. FC Seoul scored three away goals late in the half to take into the second leg on Sunday afternoon. Busan will need to take the game to Seoul if they stand are chance of pulling off a shock. However if they concede any more goals I feel it’s game over and another season in the second tier for the south coast side.

So I see this being a tactical game with the cold weather and 1st leg playing a factor. In the end I see Seoul coming out on top and surviving possible relegation.