South Korea head into their final group game knowing that a place in the knockout stages in already in the bag. However they need to beat East Asian Rivals China in order to top the group, a draw won’t be enough. Here is our preview and prediction for this AFC Asian Cup Group Game; 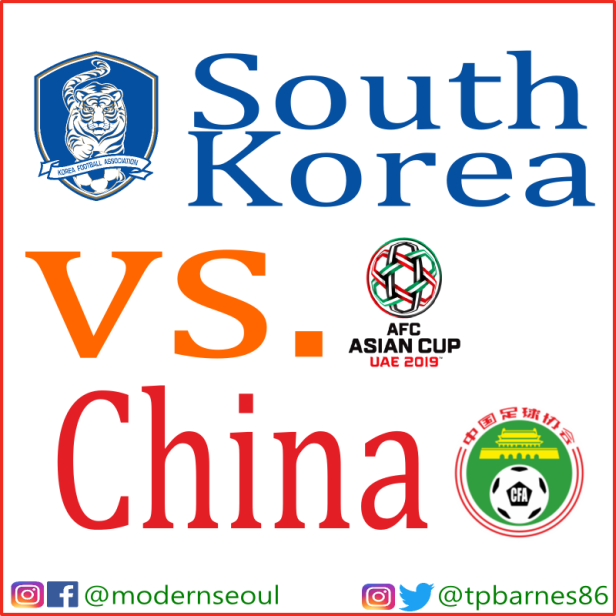 South Korea narrowly edged out both the Philippines and Kyrgyzstan 1-0 during their opening two group stage games and struggled to convert chances. However they did look defensively strong. Hwang Ui-jo was the main man in the opening game, but he looked a little off last time out. China started slowly beating Kyrgystan by just a single goal 2-1, but they then eased past the Philippines 3-0 last Friday. Wu Lei and Yu Dabao have been the danger men so far for China and Korea will need to mark them tightly.

Last Time; South Korea 2-2 China during the East Asian Cup in December 2017. Kim Shin-Wook and Lee Jae-Sung scored for Korea on that day.

Overall this could be a chance for both nations to rest a few players and switch things up. I personally see a slightly slow and dull game, which could end either 0-0 or 1-1.

Just quickly here is the South Korea squad for the AFC Asian Cup; 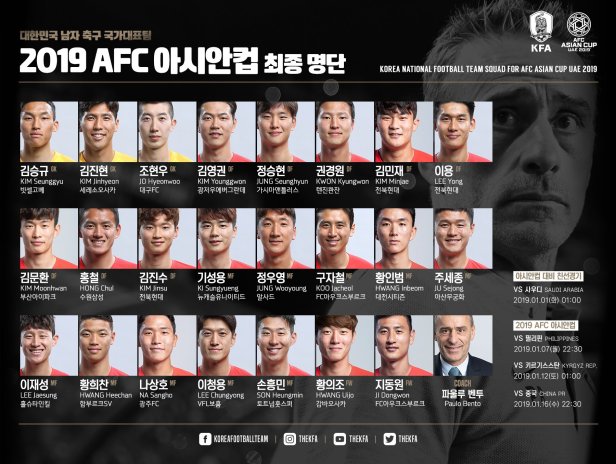