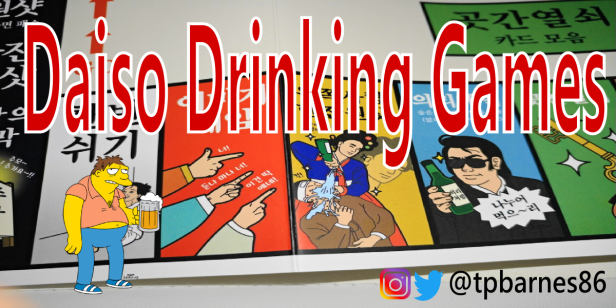 Daiso is a huge chain of store in Korea that sells basically everything. Recently I found a couple of cheap drinking games that looked fun for the price. Before I start I’ll point out the obvious that these games are in Korean, and aren’t simple. If you can’t read and understand Korean they’ll make a nice souvenir but will be very difficult to play.

Firstly a card game called 퀴즈왕 (Quiz King) for ₩2000. Fifty quiz cards with a number of strange rules and sections. A fun little game, but really tough if you’re not fluent in Korean. 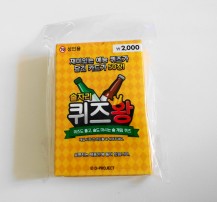 Secondly a board game called 막마블 for just ₩1000. This game basically sets up a range of different Korean Drinking games, so with a little coaching it’s possible to play this one with just basic Korean. It also makes for a nice little poster for just a buck. 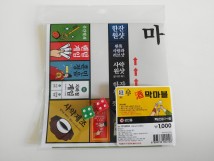 Overall both games are fun, but impossible unless you know at least basic Korean. Also they wouldn’t be fun unless you spoke Korean anyway. The main positive is the price and if you’re learning Korean, these could be a fun way of practicing. More pictures of both games here;

Pictures of the Daiso Drinking Games 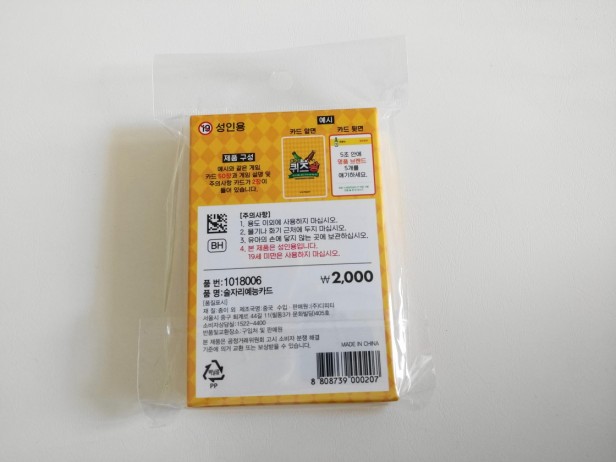 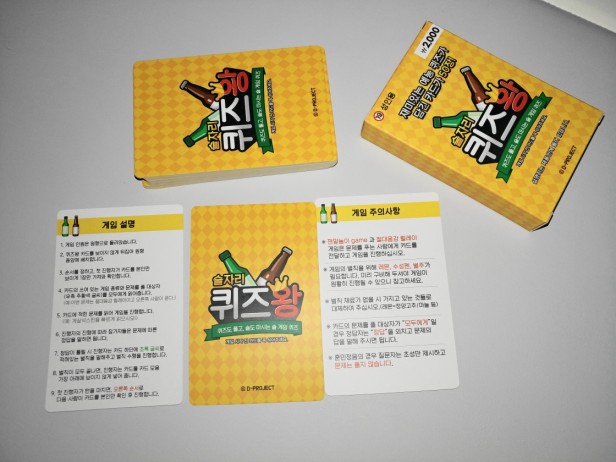 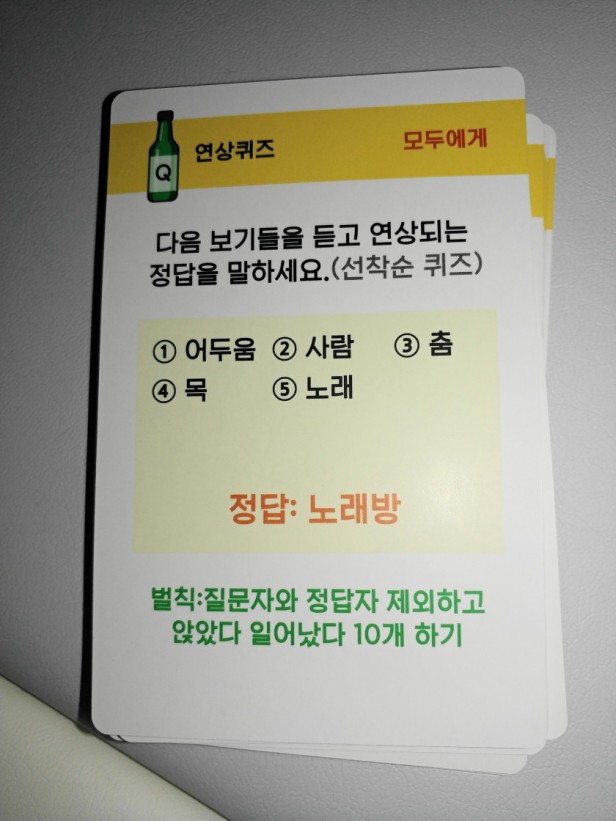 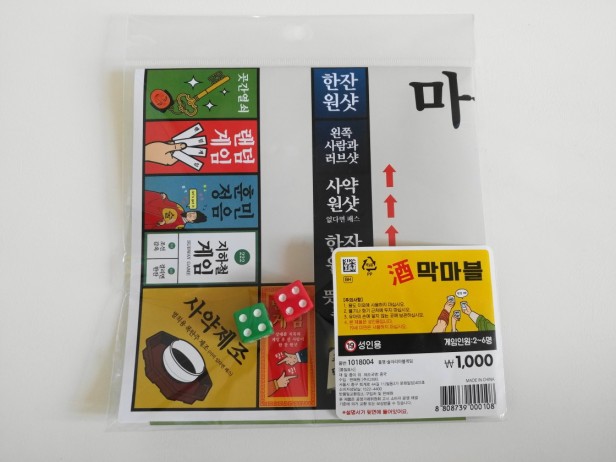 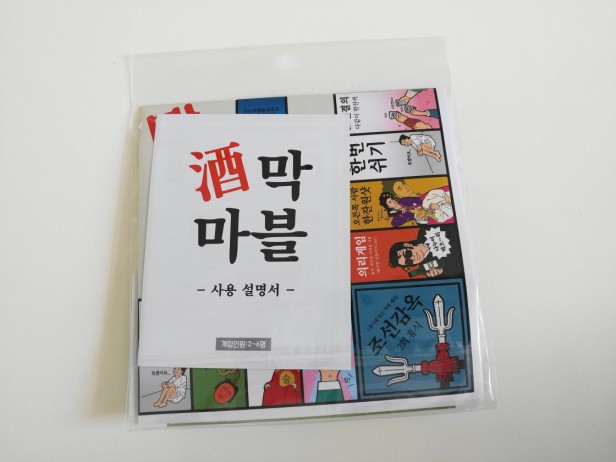 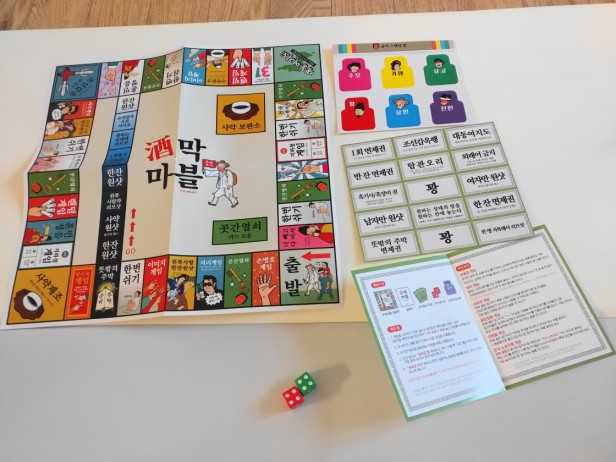 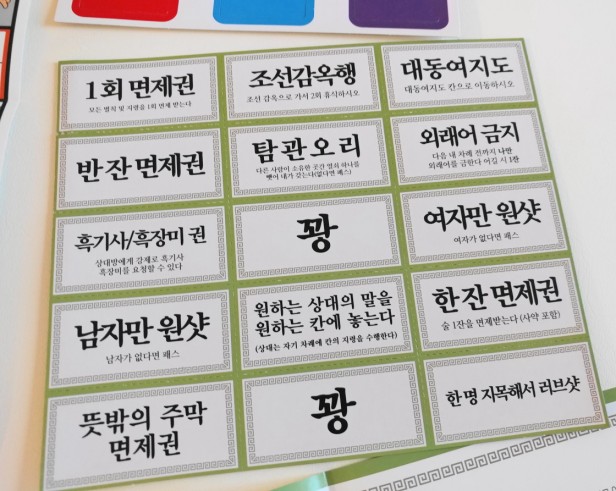 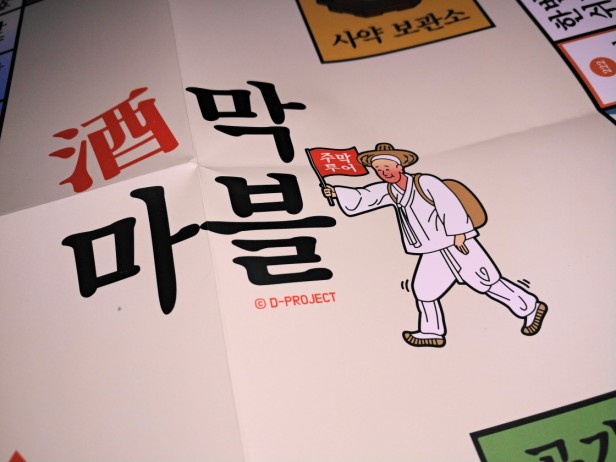 One thought on “Daiso Drinking Games?!”