Welcome to the first in a new series were we review both old and new movies, some well know and others not. With Halloween this week is seemed like a good starting point would be something horror themed, however we’ve gone with an old family favorite Addams Family Values from 1993.

One Line plot, a quick review and more information below, also feel free to comment below;

Building on the first movie simply titled the Addams Family, this movie has unsurprisingly a family focus with a new baby, a love interest and the Addams Children going to Summer Camp.

Overall we enjoyed re-watching this movie for the first time in a number of years. It’s a little dated in some areas however the low usage of CGI helps it not show too much of its 26 years. Raul Julia, Anjelica Huston, Christopher Lloyd and Christina Ricci return and put in fantastic performances. They are joined by Joan Cusack who is a fantastic Black Widow type of character. But the movie is let down a little by the story at times. It’s a little too happy and bright, there are dark themes but certainly not as much as you might expect from a (family) horror movie. The Summer Camp scenes are fun but seem a little removed from the overall movie. Also the end credits rap? It’s very 90’s and just awful.
This movie is good example of sequel that is better than the original, but it sadly didn’t do enough to gain a third (with the same case anyway). It’s a good option for a family friendly movie for Halloween. 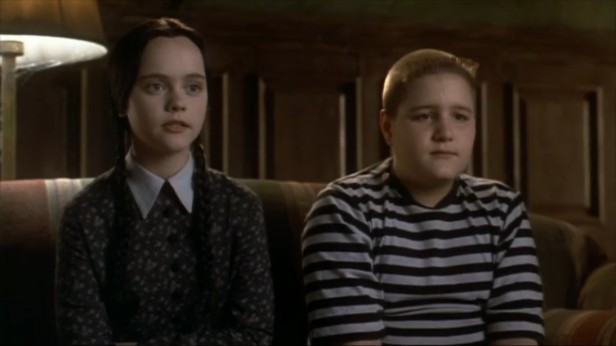 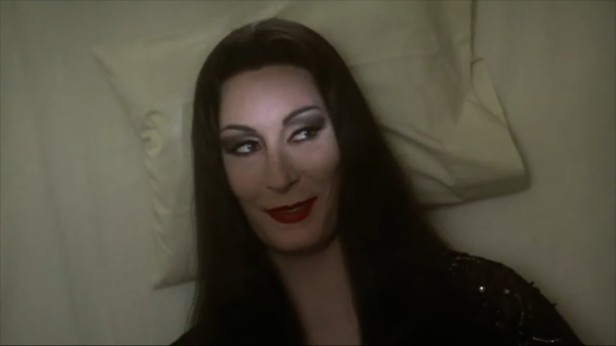