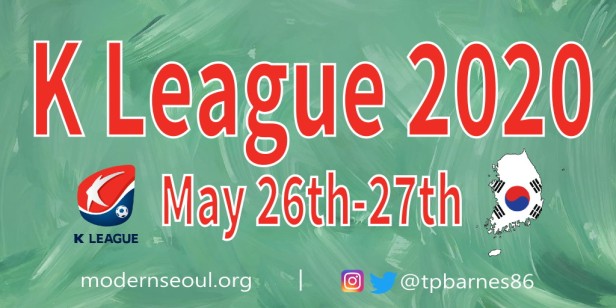 We have our first midweek round of the K League this Tuesday and Wednesday, but only featuring sides from K League 2. All ten clubs will be in action, and with the league starting to take shape it’s all to play for. The highlight game on Tuesday is the return of Jeju United (formerly Bucheon SK) to Bucheon, shame that fans aren’t able to attend this one. Then on Wednesday the midtable clash between former top tier clubs Suwon FC & Gyeongnam could be interesting.

Once again there is no midweek action from the top tier (K League 1), all twelve clubs return this coming weekend for the fourth round of the 2020 season.

Predictions for all of the midweek K League 2 games here;

Every week I will predict all of the K League 1 and K League 2 games, plus when time allows write a short preview or at least reasoning for the prediction. Matchday updates will be available via Twitter – @tpbarnes86

Once again previews for the K League 1 & K League 2 seasons can be found here; K LEAGUE 2020